Cooperation accord between United Church of Canada and B’nai Brith, May 1973 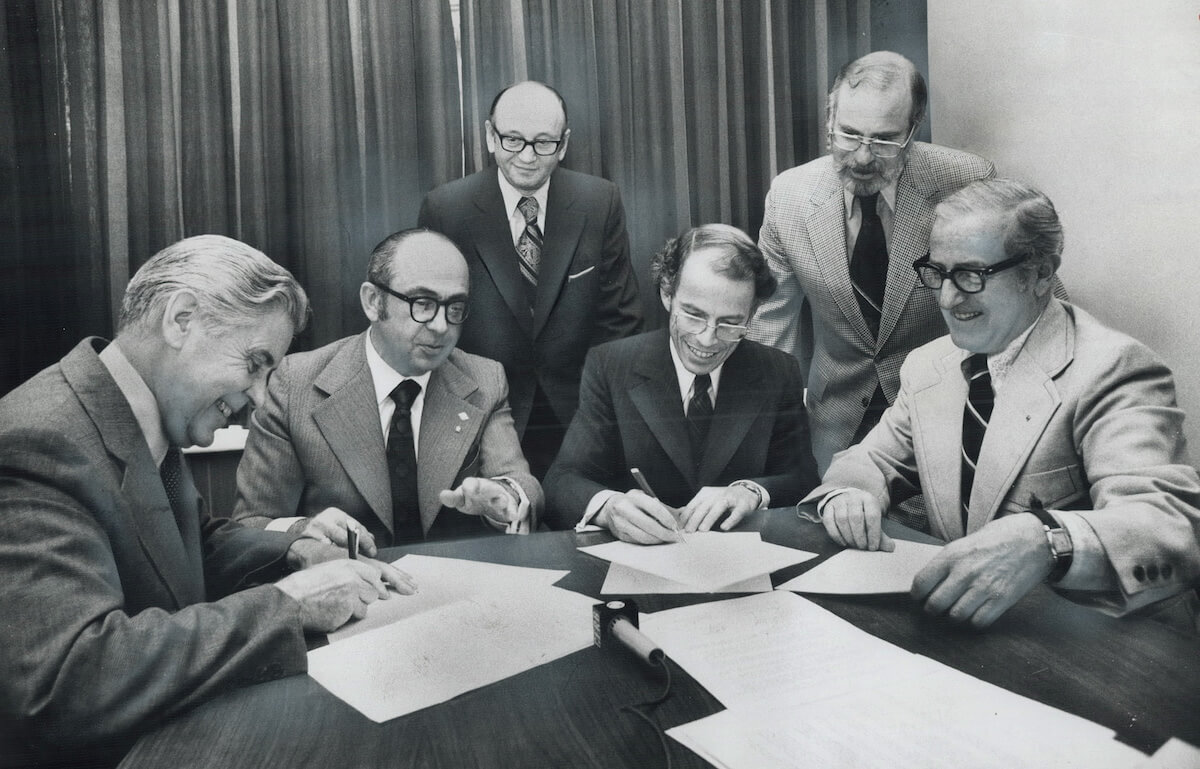 The United Church leadership today insists it was a private agreement meant to shut down a legal case against the church by B’nai Brith. Certainly it was percipitated by that purpose, but to claim that was the only purpose it served, and that the agreement was not a public commitment for cooperation, is to fail to acknowledge the reams of information in its own archives that say differently, and to ignore the media coverage from 1973.

Statement of Officials of the United Church and B’nai Brith, May 4, 1973

“As representatives of the United Church Family and the B’nai Brith of Canada, we have anguished over recent events that have driven deep wedges of misunderstanding and acrimony between us.

As we in the Church recall the record of the centuries, we acknowledge the Church’s sorry role in fostering hostility between the Christian and Jewish communities. We seek to ameliorate our relationship and pursue the future unfettered by intolerance, prejudice or rancour, with common goals directed towards the betterment of the society in which we live.

We recognize and appreciate the interests of Jews everywhere and of the United Church for the events in the Middle East and in the survival of Israel.

Though we may differ in opinion from time to time on some issues, we believe that cooperation and friendship can be achieved, and that criticism of each other can be constructive when offered in the spirit of mutual respect and integrity.

As growing problems and challenges face us here in Canada, and throughout the world, members of the United Church and of B’nai Brith need to meet one another, share insights, discover differences and cooperate, where possible, in social action for the common good, but communication cannot take place in the atmosphere of ambiguity or doubt regarding the respect of one party for the other.

We jointly look forward to dialogue as the appropriate means whereby points of view can be expressed, reconciliation achieved and understanding established. We affirm that our combine energies shall be increasingly channeled in this direction.”

Bold: added to show the intent that this was initiating what became the Canadian Christian Jewish Dialogue

in August 1972, a very strong resolution in support of Palestine was passed by the church membership at its national general council meeting in Saskatoon.

Senior leaders of the church engaged in talks with B’nai Brith following the 1972 General Council, but did not include Forrest in these discussions. The result was an agreement for B’nai Brith to withdraw its law suit against the United Church, the Observer and Forrest, a counter suit that B’nai Brith filed after Forrest had launched a defamation suit against B’nai Brith.

The church pushed Forrest to withdraw his case against B’nai Brith, but did not tell Forrest about the actual agreement they had struck with B’nai Brith until they were about to enter the press conference for the joint B’nai Brith and United Church of Canada signing.

The United Church made it publicly look like Forrest supported the agreement, but the archives with Forrest’s correspondence show his heart break. He in particular was concerned this made it look like he had abandoned, or even turned against, the Palestinian people, including those in the Canadian Arab community.

This agreement set the stage for the Canadian Christian Jewish Dialogue which was put in place to “ensure opportunity for comment and consultation during the development of policy.”  In 2002, guidelines were developed on how this conversation would continue to take place. Those guidelines were often referenced by church staff as a reason why policy approved by the church body at its General Council meetings had not been influenced. More recently when copies of this statement have been asked for, indication has been that this document did not exist. However in a recent letter by Dr. Rev. John Young to the 100+ people who had written him, he referenced this set of guidelines.

Double lock down in the Kashmir valley—a year of military lockdown, compounded with Covid-19

While the rest of the world is focused on restrictions associated with the Covid-19 pandemic, the Kashmiris have been... read more

Just Peace Advocates indicated to the clerk of the Ontario Standing Justice Policy Committee that should there be consideration... read more

Just Peace Advocates second year has proved to filled with many rich partnerships and much work in support of... read more 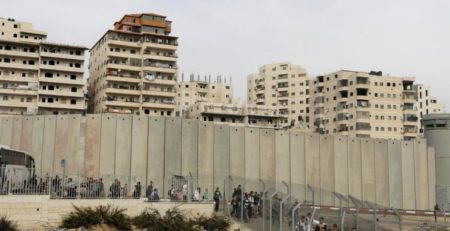 For the last 53 years of Israeli occupation and annexation, Israel has been implementing a systematic and will planed... read more 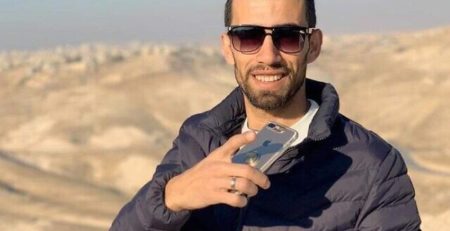