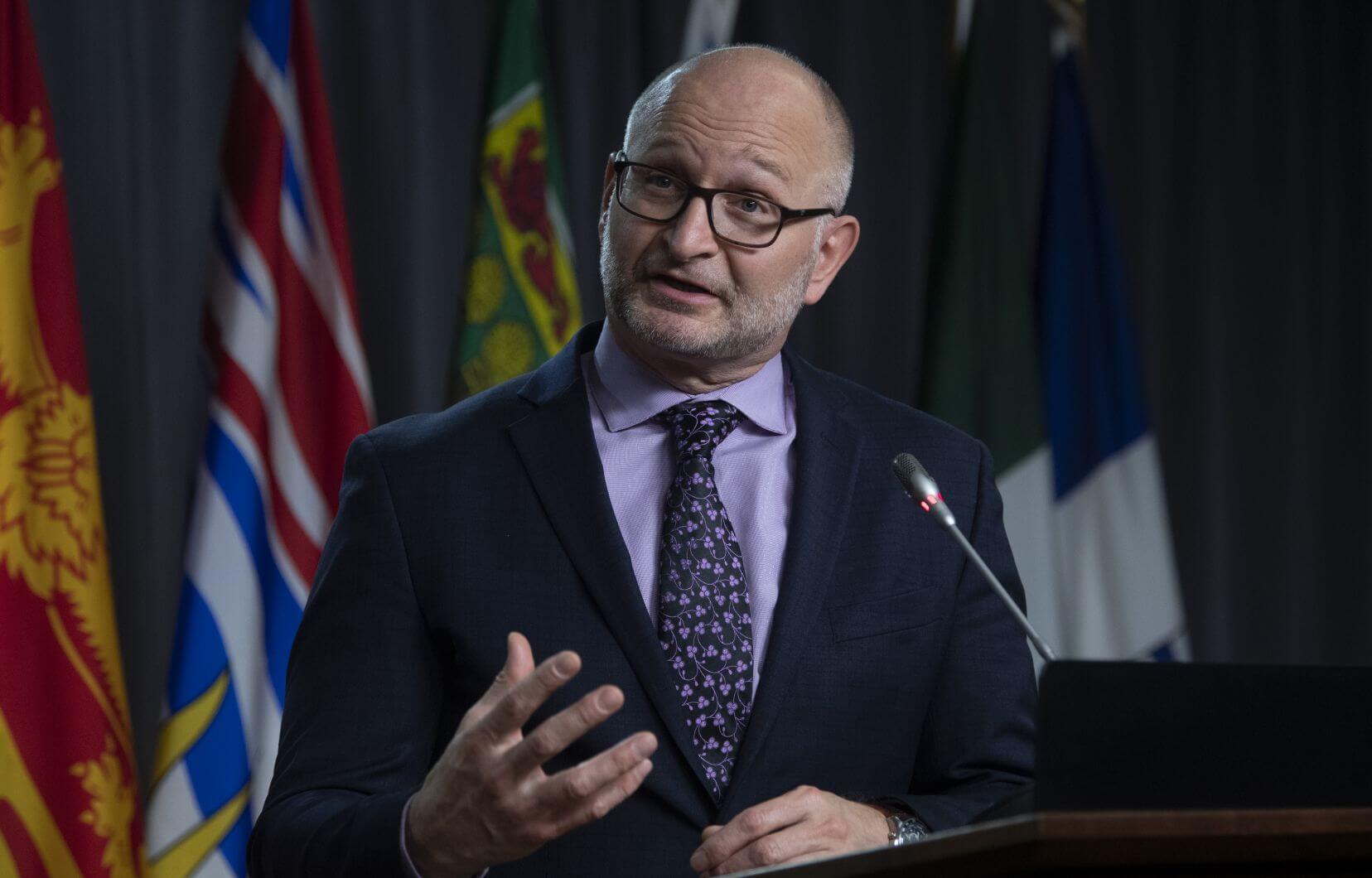 October 19, 2020, Marie Vastel reported in Le Devoir on the complaint sent to Justice Minister Lametti in regard to illegal Israei military recruiting in Canada. The following day after asking Minister Lametti about the complaint, Marie Vastel reported in Le Devoir article about his response. Read the articles translated to English.

Police to investigate recruitment of soldiers for Israel, says Ottawa

The government of Justin Trudeau does not intend to investigate allegations of illegal recruitment by the Israeli consulate in Toronto for the Israeli army, despite the request of a citizen group in this direction. The Minister of Justice, David Lametti, will instead leave it to the police authorities to look into the matter.

Le Devoir revealed Monday that around 100 university professors, authors, union representatives and Palestinian rights activists had sent a letter of complaint to Minister Lametti. The missive, with supporting photos, argues that the Israeli consulate in Toronto has posted invitations on its website offering to meet with representatives of the Israel Defense Forces (IDF) at its offices. This represents, according to the complainants, recruitment for the army on Canadian soil. The group, which includes Montreal lawyer John Philpot, has called on the minister to investigate and lay charges against consular employees if their allegations are true.

The minister, however, argued, at a press conference on another topic Monday, that it is up to the responsible authorities – and not his office – to determine whether the allegations are founded.

“It is necessary that the diplomats from another country, therefore the diplomats of Israel who are here, follow Canadian law”, confirmed the minister. “Usually in Canada, it is up to the police investigators to decide whether there have been offenses and  if there is one,for the prosecutor to proceed with formal charges. So I am going to leave the decision to the institutions we have in Canada to monitor the situation, ”he ruled.

The Canadian Foreign Enlistment Act prohibits all military recruitment in Canada, unless it is carried out by diplomats with nationals of their own country.

The Israeli consulate in Quebec, which responded to the allegations, says the invitations to meet with representatives of the Israeli army represent a consular service offered to Israeli citizens – and not to non-Israelis – who must do their military service under Israeli law.

The citizens’ group that presented its complaint to Minister Lametti, however, fears that the Israeli consulate is also recruiting Canadians as well as citizens with dual Israeli and Canadian citizenship. This second case, in their view, would be prohibited by the Foreign Enlistment Act. Experts consulted by Le Devoir do not share this interpretation of the law with regard to nationals having dual citizenship.

Israel is criticized for recruiting on Canadian soil for its army

A group of citizens are calling on Ottawa to intervene to stop what it alleges is the illegal recruitment of soldiers in Canada for the IDF. In a letter addressed to the Minister of Justice, David Lametti, and of which Le Devoir has obtained a copy, this more than one hundred signatories accuse the Israeli consulate in Toronto of acting as a “facilitator of this recruitment” and demands that its employees be prosecuted by Canadian justice.

With photos in support, the group reports that such an invitation was issued on the consulate’s website in November 2019. The appeal stated, in Hebrew and English, that an “IDF representative is arriving to visit the consulate of Toronto. Those who are eager to enlist in the IDF or who have not fulfilled their duty under the Military Service Act are welcome to make an appointment. “

A search by Le Devoir on the consulate’s website revealed other similar invitations in 2014 and 2018.

The citizens’ group further reports that an IDF colonel also visited a denominational school in Toronto, “to talk about his experiences as a new recruit and as a senior commander.” Images of the event were posted on the consulate’s Instagram account in May 2019, according to screenshots attached to evidence forwarded to Minister Lametti.

The letter to the minister notes that the Canadian Foreign Enlistment Act prohibits recruiting or inducing a person to enlist “in the armed forces of a foreign state.”

“The Israeli Consulate in Toronto has repeatedly announced that it has an IDF representative available for appointments for anyone wishing to join the military – and not just for those who are required to do compulsory [military] service.” , deplores the letter sent to the minister on Monday. The letter also alleges that the IDF has “for years carried out programs in Canadian schools and community organizations aimed at enticing people in Canada to enlist,” through “presentations, in person and at a distance. ”

The signatories, who also include the philosopher Noam Chomsky and the co-founder of the rock group Pink Floyd, are calling for a “full investigation” and that, if their allegations are proven, “charges be brought against all those involved in the recruitment and ‘encouragement of recruitment in Canada for the IDF’. The targeted group includes the Consul General, the Deputy Consul and a third employee who were stationed in Toronto at the time of the alleged events.

The Consulate of Israel in Quebec took it upon itself to respond to the allegations. Consul General David Levy retorts that “these consular services that we provide are reserved for Israeli citizens and do not apply to non-Israelis who volunteer for the army.” Israel requires military service from its citizens, and any citizen living abroad must adjust their status after the age of 16 and a half. By giving them access to IDF representatives, the consulate claims it is providing “these services to help these Israelis avoid complications when they return to Israel.”

The Toronto denominational school involved in the complaint did not respond to Le Devoir’s requests for an explanation.

The official complaint forwarded to Minister Lametti is signed by lawyer John Philpot, a member of BDS-Quebec, the co-founder of the group Palestinian and Jewish Unity, Montrealer, Bruce Katz, and  Hamilton rabbi David Mivasair. The BDS movement refers to the “Boycott, Divestment and Sanctions” campaign against the Jewish state.

All three signatories fear that the Israeli consulate is in violation of the Foreign Enlistment Act because it prohibits the recruitment of Canadian nationals. The law does, however, provide an exception: the prohibition does not apply to “officials or consular or diplomatic agents in recruiting persons who are nationals of the countries they represent and not nationals of Canada.”

But although the Israeli consulate claims to only recruit individuals who are Israeli citizens, protesters believe that this prevents even the recruitment of citizens with dual Canadian and Israeli citizenship.

A former Canadian diplomat who served in Israel, however, does not have the same interpretation.

“If you have dual nationality, you are an Israeli citizen and therefore they have the right [to recruit you], under the exception to the law. But the invitation is not 100% clear as to whether they are also looking for nationals who are only Canadian citizens, in which case that would be inappropriate, ” notes this person, who prefers to remain anonymous to protect his new professional activities. “The situation is unclear.”

Costanza Musu, associate professor of international affairs at the University of Ottawa, also has difficulty in commenting, as the invitation from the consulate is “ambiguous” since it does not specify who it is for. “At first glance, it would not seem like an act of active recruitment,” observes Ms. Musu, since the opinion of the consulate leaves it to individuals to request an appointment and make the proceedings themselves.

This kind of advice from a consulate to its citizens is not unusual, corroborates former Ambassador Gar Pardy. Canadian consulates do the same for their citizens abroad, notes one who was also head of consular services at the Department of Foreign Affairs. “What would not be legitimate is if this military officer were to talk generally with Canadians about the possibility of enlisting in the Israel Defense Forces.”

Consular officials enjoy a certain degree of diplomatic immunity, under international law. But their work must comply with Canadian law. What if they don’t?  Mr Pardy dared not comment, noting that it would be up to the courts to decide this “gray area” of diplomacy.

The complaint
Action you can take
Media coverage

The Threat to Al Quds/Jerusalem

Join our webinar on Sundary, December 6 at 13:00 ET for a discussions on threats to Masjid Al-Asqa, demographic... read more

Subsequent to Justice Minister Lametti's indication the the prosecutor and police would follow up on the legal complaint provided... read more