Canadian Church Leadership Join the Call from Christians in Palestine

The National Coalition of Christian Organizations in Palestine issued an open letter to the World Council of Churches (WCC) in June 2017.

18 months later, in Canada there has been NO response to this call.

Christians in Palestine said they need the eccumenical movement more than ever,: “We need brave women and men who are willing to stand in the forefront. This is no time for shallow diplomacy Christians.”

In Canada, NO response has been provided by the eccumenical Christian leadership through either the Canadian Council of Churches, the members of the Council or others Christian communities.

The June 2017 letter expressed the urgent situation of the people in Palestine: “We are on the verge of a catastrophic collapse,” the letter states. “This could be our last chance to achieve a just peace.

Read the open letter from The National Coalition of Christian Organizations in Palestine (NCCOP) to the World Council of Churches and the ecumenical movement:

November 29th is the International Day of Solidarity with the people of Palestine.  In recognition we call the Canadian Christian community to take immediate and decisive action in response the call from the Christian Palestinian community.

The Canadian Council of Churches, Canadian Christian denominations, congregations and organizations are called to make a clear statements and take action that addresses the call of the Palestinian Christians which urged churches to:

More background to the statement from the Christians in Palestine in making this call:

We are suffering from 100 years of injustice and oppression that were inflicted on the Palestinian people beginning with the unjust and unlawful Balfour declaration, intensified through the Nakba and the influx of refugees, followed by the Israeli occupation of the West Bank including East Jerusalem and Gaza and the fragmentation of our people and our land through policies of isolation and confiscation of land, and the building of Jewish-only settlements and the Apartheid Wall.

We are still suffering because of one political declaration from a Western Empire, based on a twisted theological premise. Even some churches and few Christian leaders supported the establishment of the colonial state in our land, and totally ignored – even dehumanized – the nation, our people that had already existed here for centuries and paid the price for atrocities committed in Europe.

Hundred years later with thousands of lives lost, towns and villages razed from the face of the earth – though not our memory –, millions of refugees, thousands of homes demolished and continued incarceration of prisoners, our Nakba goes on.

Hundred years later and there is still no justice in our land! Discrimination and inequality, military occupation and systematic oppression are the rule. Today, we stand in front of an impasse and we have reached a deadlock. Despite all the promises, endless summits, UN resolutions, religious and lay leader’s callings – Palestinians are still yearning for their freedom and independence, and seeking justice and equality. Humanly speaking – we have reached the “moment of impossible”, as Emeritus Latin Patriarch Sabbah said recently.

Could it be that we have reached this “impossible moment” because things were built from the very beginning – a hundred years ago – on an unjust premise? Should we expect that such an unjust declaration will create anything but strife and destruction?

While we are grateful for the ‘costly solidarity’ articulated in the Amman Call (2007) and exercised by many churches around the world, we are concerned that some churches have weakened their positions in the last ten years as a result of this manipulating pressure. Many still hide behind the cover of political neutrality, not wishing to offend their religious dialogue partners. 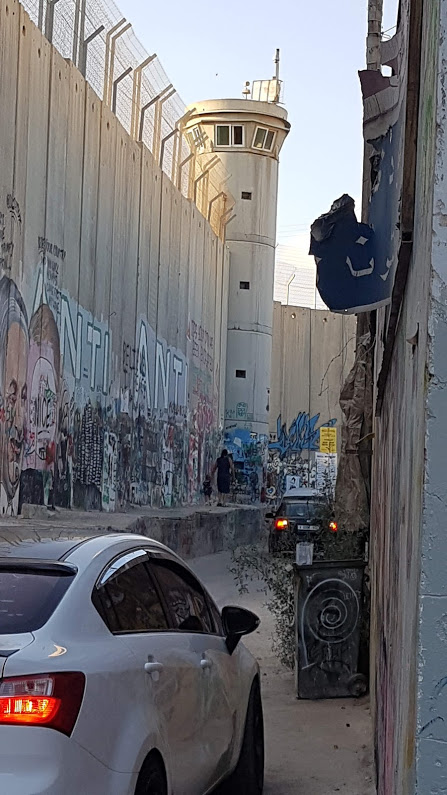 We are hard pressed on every side, but not crushed; perplexed, but not in despair; persecuted, but not abandoned; struck down, but not destroyed. (2 Cor. 4:8-9)