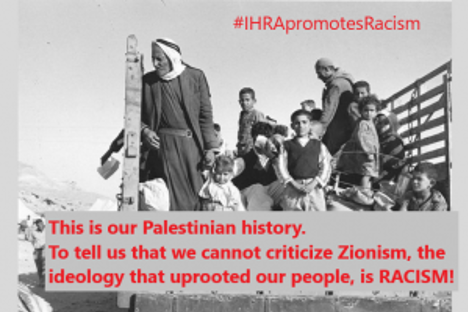 The IHRA definition of antisemitism is designed to silence criticism of the state of Israel and of zionism by equating this criticism with antisemitism.​  Just Peace Advocates joins in support of Independent Jewish Voices-Canada in #NoIHRA

The real fight against antisemitism must be joined to the struggle for equality and human rights for all people and around the world including the Palestinian people.

Antisemitism is a type of racism and must be opposed in solidarity with other anti-racist struggles.

A Shameful Day in Ontario—One Step Closer to Shutting Down Freedom of Speech for those who Support Human Rights for Palestinians.

Over the last several weeks, Just Peace Advocates joined with Independent Jewish Voices and others, to urge Member of the Ontario Legislature to reject the flawed Bill 168, the Combating Antisemitism Act, at its second reading.  Shamefully, today not one Ontario MPPs followed through to reject this Bill, with the Bill passing with a 55-0 vote.

See Independent Jewish Voices release in this regard HERE.

This Bill if it passes third reading would implement a definition of antisemitism that conflates antisemitism with legitimate criticism of Israel.

What is the CPPIB really up to? 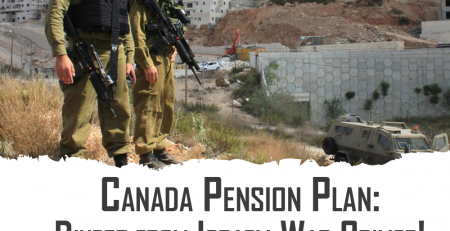