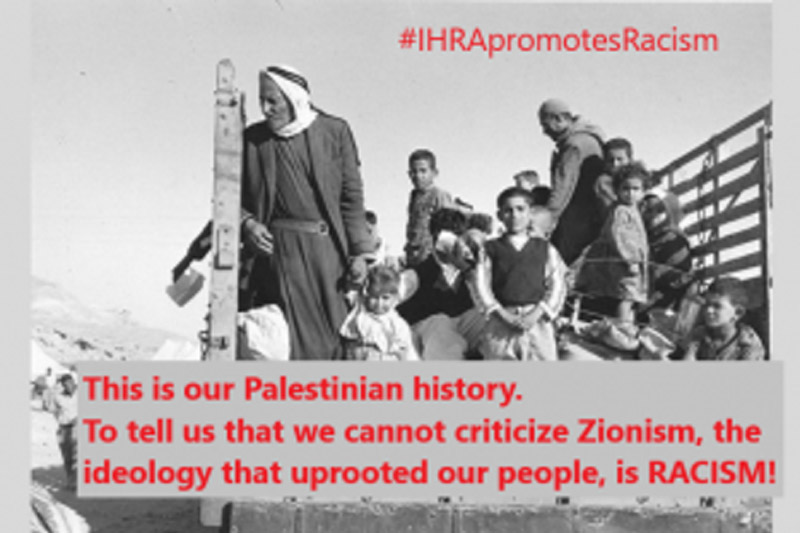 Over the last several weeks, Just Peace Advocates joined with Independent Jewish Voices and others, to urge Member of the Ontario Legislature to reject the flawed Bill 168, the Combating Antisemitism Act, at its second reading. Shamefully, today not a single Ontario MPPs followed through to reject this Bill, with the Bill passing with a 55-0 vote.

See Independent Jewish Voices release in this regard HERE.

This Bill if it passes third reading would implement a definition of antisemitism that conflates antisemitism with legitimate criticism of Israel.

Introduced as a private member’s bill by MPP Will Bouma in December, Bill 168 calls for Ontario to be guided by the International Holocaust Remembrance Alliance (IHRA) working definition of antisemitism. There has been much popular opposition to the IHRA’s definition, with even Kenneth Stern, who drafted the IHRA definition, recently denouncing the right-wing weaponizing of this definition it in order to silence voices for Palestinian human rights.

Today at Queens Park all three political parties supported this Bill which represents a threat to the many Ontarians who support or work for Palestinian human rights and will impact the freedom of expression of all in the province. Of the 11 examples of antisemitism listed in the IHRA’s working definition, seven of them make specific mention of Israel.

Just Peace Advocates points out that people not states have rights, and to protect the rights of a foreign state while negating rights of Ontarians is very concerning.

The NDP was the only party to acknowledge during today’s debate concerns associated with freedom of expression.  NDP MPP Vanthof said that the IHRA definition of anti-Semitism was not intended to be legally binding and indicated that Bill 168 “should function as an expression of our shared commitment to fight anti-Semitism.”  He suggested that more discussion and engagement is required.

Independent Jewish Voices Canada (IJV) argues that the definition itself is vague, while the examples given by the IHRA have been used to silence dissent regarding Israeli policies vis-à-vis Palestinians. IJV has undertaken the No IHRA campaign, and over the last few months motions in Vancouver, Montreal and Calgary to implement the IHRA have been rejected.

Just Peace Advocates looks forward to continue to work with IJV and others to ensure that the needed policy work is undertaken to reveal the dangers of this Bill, and that appropriate steps are taken in committee to ensure that the rights of the people of Ontario are protected and not negated by the moving forward with this flawed legislation.