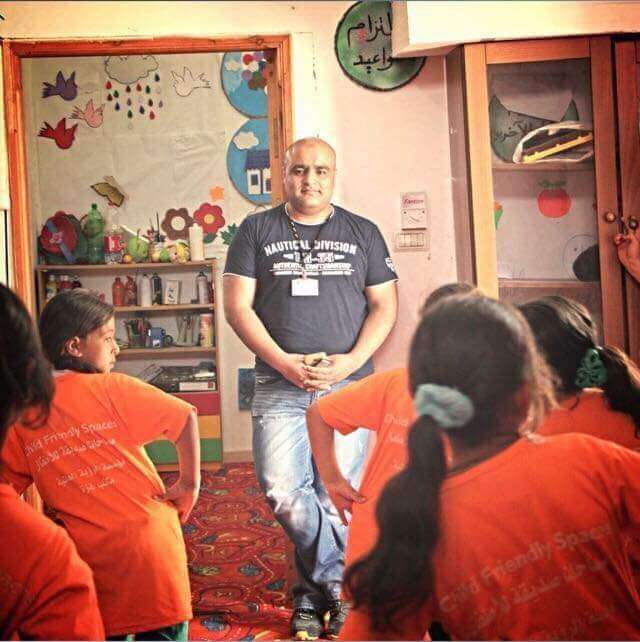 Mohammed el-Halabi was arrested in June 2016, and now is facing his 155-court appearance on January 31, 2021. In March 2017, an Australian government probe found no evidence of the Israeli government’s allegations against World Vision and El-Halabi who was the director.

UN experts have said el-Halabi’s “arrest, interrogation and trial is not worthy of a democratic state.”

Mohammad El Halabi’s human rights are as a protected person under international humanitarian law. Mr. El Halabi is entitled to all of the protections of the Fourth Geneva Convention.

Mohammad was arrested on false allegations in June 2016 and is held in the notorious Ramon Prison, Negev Desert.

I am calling on all friends of Palestine to participate in a Month of Action in January by writing letters demanding my innocent son’s immediate release.

Our family, including Mohammed’s 5 young children, are desperate to have him free and home again. We have lost more than four years of loving family life together.

The 42-year-old, who was the director of World Vision in Gaza until he was detained in 2016, has attended all the previous court hearings behind closed doors. His lawyer has been prevented from reviewing Israeli prosecution evidence.”

“In March 2017, an Australian government probe found no evidence that taxpayer money was misused by NGO World Vision in the Gaza Strip, despite ongoing allegations by the Israeli government that millions of dollars were diverted from the organisation to Hamas while El-Halabi was at the helm.

Al-Halabi, the head of the group’s office in Gaza, was detained by Israeli forces and charged by Israel with financing Hamas with funds from the organization.”

Gaza aid worker must be given fair trial or released, say UN experts

GENEVA (12 November 2020) – Israel must release a former Gaza aid worker who has been in prison for more than four years without a verdict, or immediately grant him a fair trial, UN human rights experts* said today.

Mohammed el-Halabi, the former Gaza director of the World Vision charity, was arrested by Israeli security forces in June 2016 on allegations that he diverted millions of dollars in development funds to armed groups in Gaza, charges he denies, and which audits have not substantiated.

“Mr el-Halabi’s arrest, interrogation and trial is not worthy of a democratic state,” the experts said. “Israeli authorities must grant him the full rights of a fair trial, or else release him unconditionally.

“What is happening to Mr. el-Halabi bears no relation to the trial standards we expect from democracies, and is part of a pattern where Israel uses secret evidence to indefinitely detain hundreds of Palestinians,” they said.

“Mohammad al-Halabi, the former director for Gaza for World Vision has been held in jail for nearly five years awaiting justice from what those who have followed his case believe are trumped-up charges.” See article by Daoud Kuttab in the Jerusalem Post  September 2020

“I am writing to you after having written to former US president Jimmy Carter whom I met in my work with the UNRWA agency. I also wrote to the secretary general of the UN and the Israeli president. Media outlets from around the world including Israel have also written about the travesty of holding my son in jail without a shred of facts to back their decision. You surely know what it means of having accusations leveled without facts.” See article Palestinian father tells president-elect of his son’s unjust incarceration November 2020