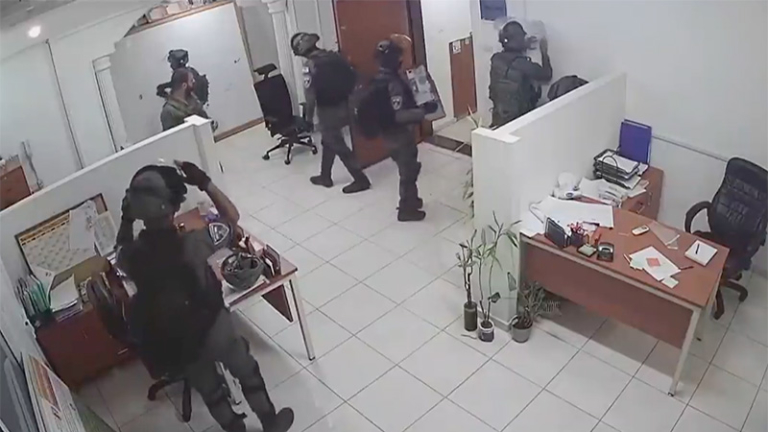 In October 2021, Israel’s Defense Ministry issued an order designating six prominent Palestinian civil society groups and NGOs as terrorist organizations. This designation caused an international outcry, especially because the groups are quite well-known and their work in the field of human rights is broadly respected. The US Department of State said at the time that it was surprised by the move and would request information from Israel regarding the allegations. Three of the affected groups are human rights organizations with stellar records of carefully documenting human rights violations in the occupied Palestinian territories. Al-Haq, of which this author was a cofounder, is the recipient of more than 40 international human rights prizes, and prides itself on its independence and meticulously careful documentation, as well as its willingness to address human rights violations by Israel, the Palestinian National Authority (PA), and Hamas. The remaining organizations are: Defense for Children Palestine (DCI-P), prisoners’ rights association Addameer, the Union of Agricultural Work Committees, Bisan Center for Research and Development, and the Union of Palestinian Women’s Committees.

The limited international response that followed was so instantaneous and widespread that Israel felt the need to justify itself, particularly to European and American diplomats. Israel declared that it had evidence that the six organizations were affiliated with the Popular Front for the Liberation of Palestine (PFLP). However, this accusation does not hold water, and the real reason for the designation was to prevent these organizations from obtaining funding for their work.

Consequences of the Designation

The designation of any organization as a terrorist organization comes with serious consequences. Membership in such a group carries a hefty prison sentence in Israel. Even mere contact with a terrorist organization is a substantial offense, as is providing material aid to one, and both offenses can lead to severe sanctions and prison sentences. In effect, European donors were being warned that Israel would consider funding these civil society organizations as tantamount to support for terrorism, and that said funding would carry consequences for both donors and the organizations themselves. Since all of these organizations have their main offices in Area A of the occupied West Bank—which is supposedly under PA jurisdiction—it was not likely that Israel would raid their offices, even though it had previously raided the offices of DCI-P and seized its files and computers several months before labeling it a terrorist organization.

European donors were being warned that Israel would consider funding these civil society organizations as tantamount to support for terrorism, and that said funding would carry consequences for both donors and the organizations themselves.

Many feel that the limited international outrage over this raid was precisely what emboldened Israel to designate these NGOs as terrorist organizations. It is also likely that field researchers and other employees of these six organizations who work in Area C of the West Bank—which is fully under Israel’s control—will now be subject to arrest or harassment, and that the confidential files that Israel keeps on these individuals—which it uses in administrative detentions and travel prohibitions—will now contain reference to the terrorist designation, which will “justify” subsequent Israeli administrative measures taken against them. It is also feared that Palestinian banks will be pressured to freeze the organizations’ accounts, or even transfer their contents to Israel. From the point of view of most of the Palestinian organizations involved, cutting off funding appears to have been the main goal of the designation, the prospect of which would in fact spell the potential death of most of these organizations since they rely heavily on external financial assistance.

Civil society organizations and NGOs that operate in the West Bank and Gaza are already in a precarious position, as nearly all political activity in the occupied territories is prohibited by Israeli military orders, including that of the Palestine Liberation Organization, of which Palestinian Authority President Mahmoud Abbas is the chair. But despite this situation, these organizations are typically allowed to operate openly, unless their activity involves armed operations. Meanwhile, the duality of authority in the West Bank further complicates matters. All six organizations work openly and legally in PA-administered Area A, but Israel has authority in Areas B and C, and exercises an overriding control throughout the West Bank when it comes to matters of security, which means that Israeli forces often invade Area A to carry out arrests and raids like the one it conducted on DCI-P’s offices.

Israel was forced to defend its designation by claiming that it had secret evidence that these organizations were affiliated with the PFLP, and that they were using funds supplied by the European Union to fund militant activities, rather than the human rights and charitable activities in which they actually engage. Israel also hinted that fraud was involved, suggesting that funds were being fraudulently diverted from humanitarian activities to support terrorism instead. This charge echoed the case of Mohammad El Halabi, the director of World Vision International in Gaza. El Halabi was arrested six years ago and charged with diverting millions of dollars in aid to Hamas. Separate audits by an international accounting firm and the Australian Government demonstrated that the charges were false, but El Halabi’s trial went forward regardless, taking an astonishing six years—during which time El Halabi remained in pre-trial detention—to reach a guilty verdict that was based on Israel’s alleged secret evidence and a forced confession.

Israel was forced to defend its designation by claiming that it had secret evidence that these organizations were affiliated with the PFLP, and that they were using funds supplied by the European Union to fund militant activities.

In the case of the six organizations accused by Israel in October 2021, the PA felt the need to enter the discussion. Because one of its main functions is to maintain an extensive anti-terrorism posture in its security coordination with Israel, it likely felt that Israel’s claim that terrorist organizations were operating within the authority’s jurisdiction was in essence an accusation that the PA was not doing its job. The PA therefore insisted that American and European security officials, and not just diplomats, be involved in assessing Israel’s alleged evidence. And indeed, Executive Director of Al-Haq Shawan Jabarin informed this author that for a while Ramallah saw an influx of high-level security officials from the US and the EU who had traveled to Israel and the West Bank specifically to evaluate Israel’s secret evidence of terrorist activities.

While the exact contents of Israel’s “secret” files have not been made public, if the past is any guide the files almost certainly provide little to no support for the Israeli government’s claims. European countries were previously pressured to stop funding the six organizations based on secret evidence, which the Europeans examined and found unconvincing. Nonetheless, several European states did suspend funding to some of the six organizations and conducted renewed investigations. However, the international outcry that followed the designation led to a considerable slowdown in Israel’s trend of declaring civil society organizations as terrorist groups. The campaign to reverse the October 2021 decision and the outrage over it having occurred in the first place seem to have slowed the Israelis’ efforts.

Despite Renewed Funding, A Cloudy Future

After many months, several European organizations publicly announced that they had found no merit in the materials Israel had provided them, and so resumed their funding of the six organizations that Israel had claimed were suspect. Norway recently became the latest country to renew its relations with these organizations, having announced that it will unfreeze all funds that were previously earmarked for them, bringing the number of European states and organizations that have rejected the Israelis’ claims to 10. However, Israeli laws governing “terrorist” activity still remain on the books, potentially opening up these and other Palestinian civil society organizations to similarly baseless accusations in the future.

On the legal front, lawyers representing the six organizations made a request under Israeli law to see the secret evidence on which the terrorist designation was based.

On the legal front, lawyers representing the six organizations made a request under Israeli law to see the secret evidence on which the terrorist designation was based. Although the groups are hesitant to allow Israeli courts the chance to decide whether or not they are terrorist organizations, many feel that it would be prudent to at least know what evidence the Israelis are using against them. In response to this attempted assertion of the organizations’ legal rights, Israel in recent weeks sent letters to lawyers representing the groups, reminding them that because their clients have been deemed by the State of Israel to be terrorist organizations, they are not allowed—except with special permission—to receive any legal fees from the organizations. If the lawyers did receive funds from the groups, they themselves would be subject to criminal prosecution, and could face sentences of up to seven years in prison. This tactic was quite bizarre considering that lawyers who have spent a lifetime representing defendants who belong to Hamas, Fatah, and the PFLP—all of which Israel has designated as terrorist groups—in both civil and military courts have never received such a warning. Neither this author nor the lawyers defending the six organizations have ever encountered this type of prohibition or warning in the course of their work representing defendants in cases brought by the Israeli government.

Also curious is the fact that the US State Department has not made any comment since it first asked Israel for additional materials regarding its claims against the six organizations. The Biden Administration is presumably still waiting for the evidence that Israel supposedly has, or is perhaps merely stalling for time to avoid jumping into the fray and potentially upsetting an ally with which it has long had a “special relationship.” But given that multiple European countries have now resumed their funding for these groups after having conducted independent audits and finding no evidence of malfeasance, it would behoove the United States to finally clarify its position on this matter. If the US wants to continue proclaiming itself a defender of human rights and the rule of law around the world, it must do so in all countries and in all cases, not just when it serves Israeli, or for that matter, US interests.