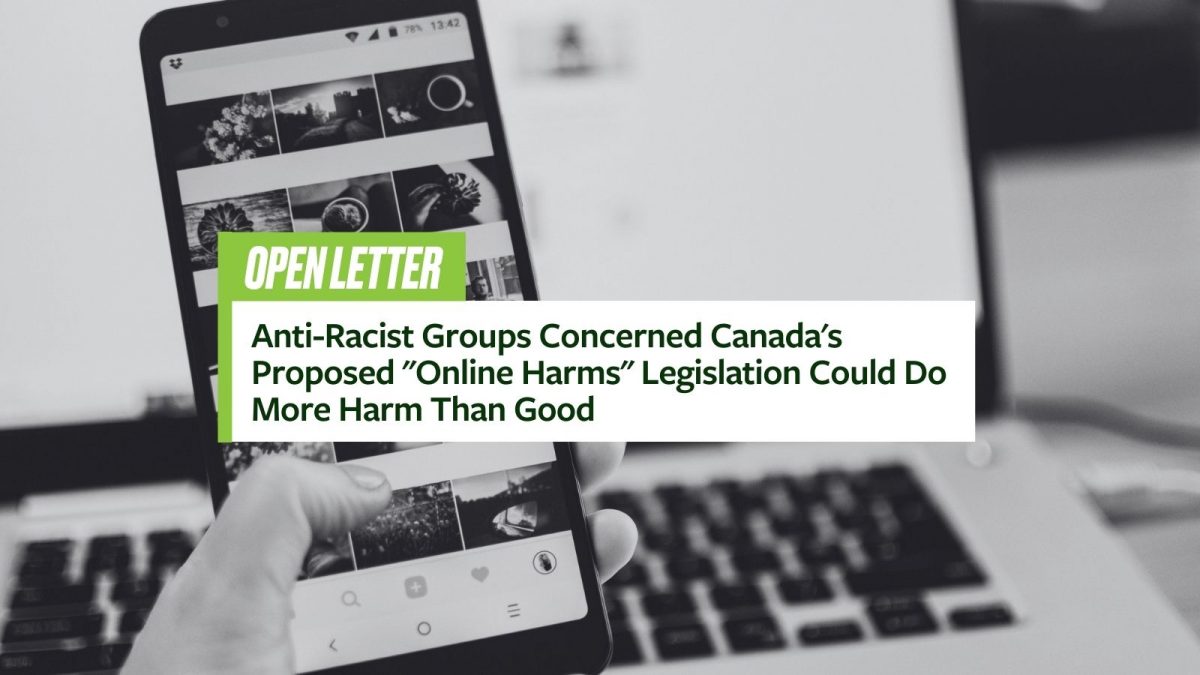 Just Peace Advocates has joined with other organizations and individuals in this critical statement.

To whom it may concern,

As organizations and individuals with expertise in anti-racism, we are profoundly concerned by the government’s proposed “online harms” legislation – purporting to address “terrorist content,” “content that incites violence,” “hate speech,” “non-consensual sharing of intimate images,” and “child sexual exploitation content.”

While the proposal is billed as protecting marginalized groups from “hate, harassment, and violent rhetoric online,” we fear that, as currently formulated, it risks exacerbating the existing, well-documented pattern of online speech policing and removal targeting Indigenous, Black, Palestinian, and other colonized and racialized communities.

Particular aspects of concern regarding the proposed legislative framework from an anti-racism perspective include:

According to Daphne Keller, Director of the Program on Platform Regulation at Stanford’s Cyber Policy Center, Canada’s proposal is “like a list of the worst ideas around the world – the ones human rights groups … have been fighting in the EU, India, Australia, Singapore, Indonesia, and elsewhere.”

Our concerns are compounded by troubling deficiencies in the government’s ongoing consultation process organized to validate the proposed legislation. Expert perspectives on addressing harmful speech online while protecting civil liberties have reportedly been disregarded. Planned consultation meetings with community representatives have been cancelled due to the election, yet the deadline for the consultation period remains as previously advertised, September 25 – just five days after the election.

Given the serious risks posed by the proposed “online harms” legislation – including to the very communities it is represented as protecting – we call for the government to suspend any implementation, until a full, fair, open, and responsive consultation with anti-racism, human rights, and civil liberties experts has taken place, and the problems and pitfalls identified have been rectified.

No other liberal democracy in the world has been willing to accept these restrictions, writes Ilan Kogan