Calling for Justice for Ejaz Choudry 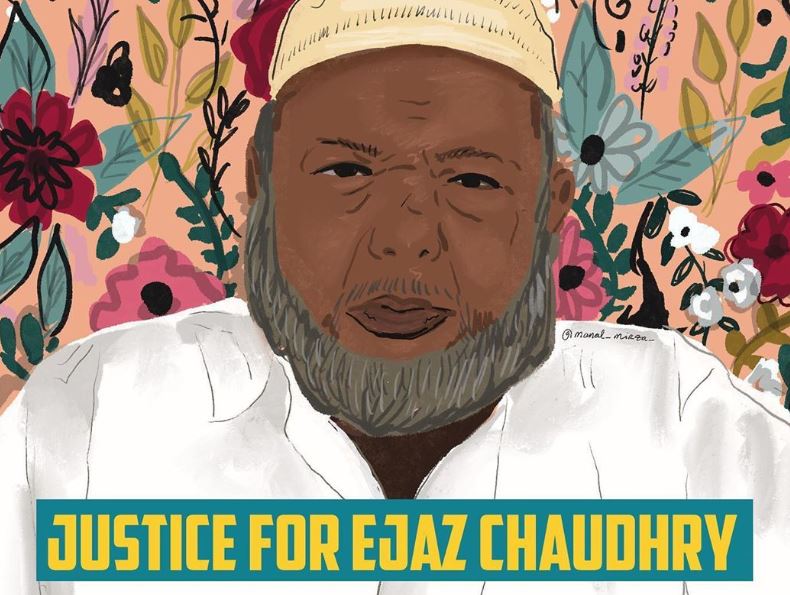 Just Peace Advocates is horrified by the disturbing display of excess force by the Peel Regional Police that resulted in the murder of Ejaz Choudry on Saturday, June 20, 2020.

We understand that Ejaz Choudry had schizophrenia and was undergoing an episode when the family called the non-emergency line for help. Reports and videos show police immediately barricaded the apartment, refusing to let family members in. The police then used a ladder and entered the apartment through the balcony, kicking down the door, and demanding Mr. Choudry to “get down.”  Then it appears, without waiting, the police immediately fired at least 5 rapid shots. See The video footage.

We are in dismay that Mr. Choudry was killed by the police. The police appear to have taken on steps to deal with a mentally ill patient appropriately. Mr. Choudry was frail and showed no indication of wanting to hurt anyone. An elderly man with mental problems and unable to speak English shot dead in his own house when he posed no threat to anybody. This is shocking and points to police acting with impunity.

Just Peace Advocates joins with the National Council of Canadian Muslims (NCCM), The Muslim Council of Peel (MCP), and The Urban Alliance of Race Relations (UARR) in demanding from Chief Nishan Duraiappah that the officer responsible for firing the bullets that killed Ejaz Choudry be taken off the force.

We encourage people to add your voice to NCCM call for Justice for Ejaz.

The murder of Ejaz Choudry along with the deaths of six indigenous people in Canada since April, along with the recent death of Regis Korchinski-Paquet  in Canada, and George Floyd in the USA, continue to show both in the US and Canada, the police are acting with impunity.

Just Peace Advocates condemns the racism inherent in the police system, and stands in solidarity with Black Lives Matter.

We join in the call to:

We stand in solidarity and respect the brave resistance to end police brutality, racial injustice and white supremacy, and in the call to defund and demilitarize the police.

We recongize the role that military training tactics play in policing, and condemn the training of Canadian police in Israel and Canada, and role the government and police leadership play in this regard.

Just Peace Advocates offers it condolences to the family of Mr. Choudry, and stands with the community.