Canada needs to hold Israel accountable for its mistreatment of children in Palestine and for silencing those organizations that advocate on their behalf. 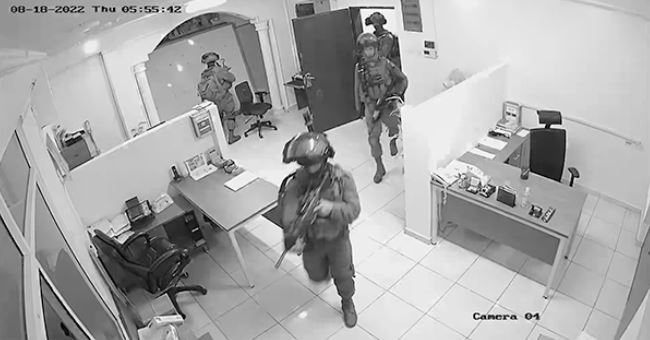 Demand that they pressure Israel to immediately rescind its designation of seven Palestinian human rights organizations as unlawful. Urge the Prime Minister and the Minister of Foreign Affairs to denounce Israel for targeting these NGOs and for ordering the raid and closure of their offices.

In the dawn hours of August 18, 2022, the government sent its army to raid the offices and confiscate the property of seven Palestinian human rights and civil society organizations: Defense for Children International – Palestine (DCI-P); Al-Haq;  Addameer Prisoner Support and Human Rights Association; Bisan Centre for Research and Development; The Union of Agricultural Work Committees (UAWC); and The Union of Palestinian Women’s Committees, Health Work Committees.

In October of 2021, the Israeli regime had vilified these worthy human rights advocates, designating them as terrorist organizations, and deploying all manner of coercive and punitive tactics to stymie their work while intimidating their employees and volunteers.

There is no convincing justification for this repression. Israel has failed to provide clear evidence to support its designation “terrorist.”

As Jonathan Kuttab  co-founder of Al Haq indicated during meetings with Canadian diplomats in Tel Aviv and Ramallah earlier this year, Israel uses “secret evidence” to justify its actions. As Kuttab said that “is why you cannot just take their word but must insist on open facts. If Israel has evidence, they need to publicly present it before they decapitate an organization by labeling it terrorist and making its work impossible.”

Israel’s allegations have been totally discredited. Cloaked in authoritarian secrecy, the “evidence” the state has brought forth is no evidence at all. It is pure vilification.

When a parliamentary petition presented in February 2022 by Liberal MP Nathaniel Erskine-Smith demanded that the Canadian government call on Israel to rescind the designation “terrorist” in relation to the human rights groups, the response was opaque, if not ambiguous. Similarly, with the petition presented by Liberal MP Salma Zahid in February 2022, calling for an urgent study (by the Subcommittee on International Human Rights of the Standing Committee on Foreign Affairs and International Development) to review Israel’s mistreatment of children in Israeli occupied Palestine and its failure to comply with its obligations under the UN Convention on the Rights of the Child, the government response was evasive.

In both instances, the Trudeau government took no clear position. By her reticence, Minister Joly,  emboldened Israel in its unconscionable actions.

Meanwhile, civil society worldwide is outraged by Israel’s crackdown on these NGOs. The United States, the European Union, Ireland, Norway, Sweden, Spain, France, Belgium, Germany, Italy, the UN High Commissioner for Human Rights, and many other international officials have challenged Israel to offer clarification. But in lieu of clarification, on August 18, 2022, Israel simply dealt a further blow to human rights defenders, redoubling its unwarranted use of state violence.

Amid an international chorus of voices protesting Israel’s violations, Canada’s taciturn response is an embarrassment. This is not a time for reticence or ambiguous rhetoric. Canada’s failure to speak boldly and clearly is tantamount to complicity with a state that has defiled and damaged the honourable efforts of human rights advocates. As Foreign Affairs Minister, it behooves Joly to confront Canada’s friend, Israel, show where it has erred, and decry its reprehensible actions. Candour is the measure of true friendship.

Conversely, it is time now for the Trudeau government to defend the exemplary humanitarian work of smeared human rights groups. These include Defence of Children International – Palestine, Al Haq, and Addameer. organizations that labour tirelessly on behalf of Palestinian children who are incarcerated by the hundreds every year.

Israel’s punitive system against Palestinians (both young and old) has been amply documented. It is an entrenched system of unrelenting cruelty dating back to 1948.

Witness the case of the young Ahmad Manasra who, at the age of 13, was accused of a crime he did not commit and who has so far served 7 years in an Israeli jail, enduring months of solitary confinement, torture, and neglect – this despite half-a-million petition signatures demanding his release. Manasra is not alone; he represents many more.

Can Prime Minister Trudeau and Minister Joly justify the criminalization of rights groups that seek to rescue young children from the misery of Israel’s penal regime? Can they justify such an outrage, and the violence that accompanies it: i.e., the raiding and confiscation of NGO property? Can they rationalize the trashing of meticulous work carried out to relieve Palestinians of their ongoing torment at the hands of the Israeli state?

It behooves Prime Minister Trudeau and Minister Joly, and their government, to denounce Israel for its assault on the laudable efforts of seven human rights organizations. Anything less than stern denunciation is complicity with Israel’s repressive and unconscionable actions. Anything less than immediately addressing the plight of children being arrested under military law is complicity with Israel’s violation of human rights. Israel’s lack of compliance with its obligations under the UN Convention on the Rights of the Child must be called out and stopped now.