Canadians call on Puma to end its complicity with Israeli Apartheid 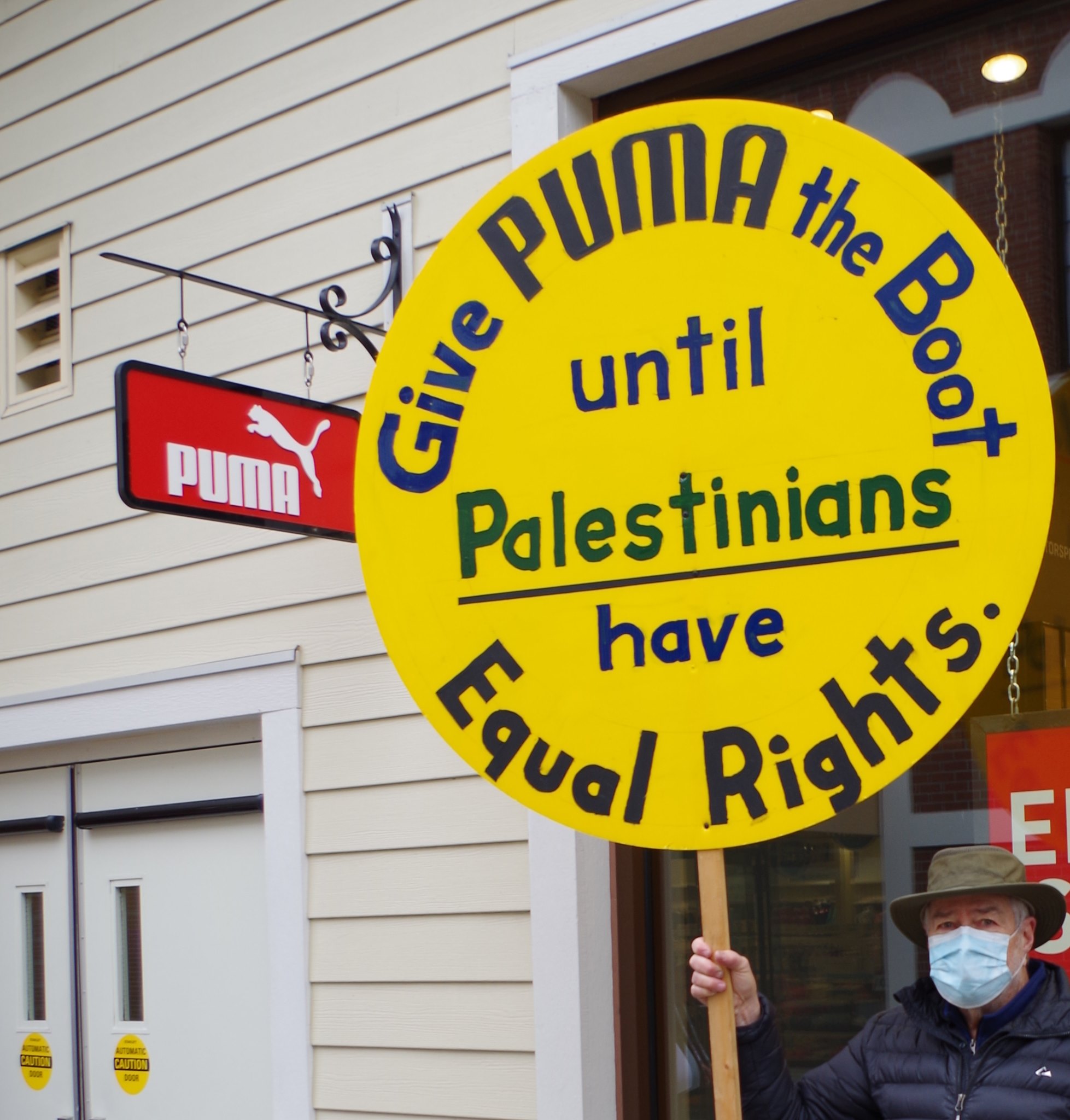 Take one-minute to write to the head of Puma Canada and Puma North America.

Be part of global #BoycottPuma campaign! Lets give Puma the boot!

Global sportswear manufacturer Puma is involved in violations of international law and human rights. Puma is the main sponsor of the Israel Football Association (IFA), which includes teams in Israel’s illegal settlements on occupied Palestinian land.

New: In August 2021, Maccabi and Puma signed a multi-year partnership. The Maccabi Tel Aviv basketball club and Puma have signed a five-year cooperation agreement worth millions of dollars. The Maccabi Playtika Tel Aviv will play with Puma uniforms and with exact copies of the uniforms are available for purchase in the club’s stores.

Since 2019, contact has been made with the head of Puma in Canada calling for a response.

Once again Puma tried to explain away their apartheid partnership. Read more.

So it is time to write again.

With Amnesty International now joining Human Rights Watch and B’Tselm in saying that Israel is practicing apartheid, we call on Puma and other companies complicit in supporting apartheid to be sure they are not left on the wrong side of history!

Amnesty exposed the involvement of “almost all of Israel’s civilian administration and military authorities… in the enforcement of the system of apartheid against Palestinians across Israel, in the West Bank and Gaza,” as well as “against Palestinian refugees and their descendants outside the territory.” Puma surely does not want to be associated with apartheid.

Join in adding your voice by sending a letter HERE

MidIslanders for Justice and Peace in the Middle East