Cut the Current to Israel Electric 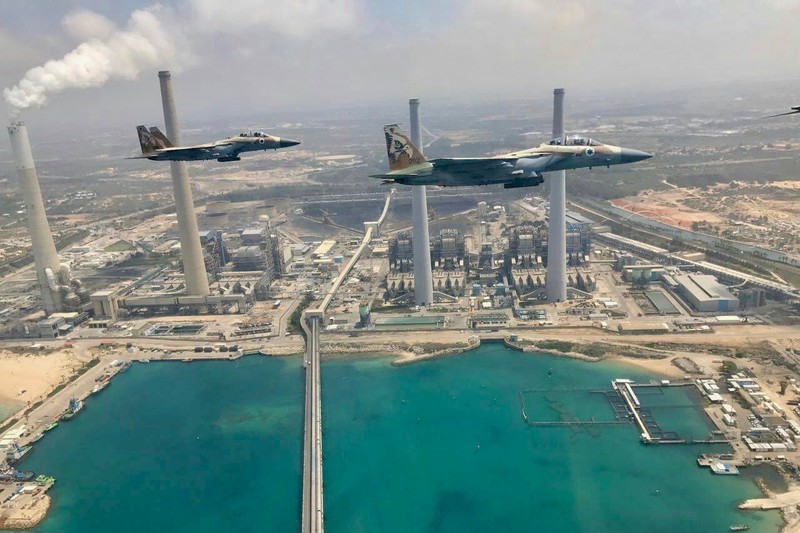 Israel Electric Corporation is a public company, which produces and supplies electricity to all sectors of the Israeli economy, both within its so-called “1967” borders, by the United Nations, and in the Palestinian territories of the West Bank, Gaza and annexed Jerusalem, whose occupation, colonization and annexation by Israel are in violation of international law, multiple resolutions of the United Nations and have been condemned by the majority of the international community.

In August 2019, Hydro-Québec declined to renew an agreement with its Israeli counterpart, Israel Electric.

“This victory is important for us in Quebec,”

John Philpot, an international lawyer and a member of the Coalition BDS Québec, told The Electronic Intifada.

The Coalition BDS Québec reported  that

During the summer of 2019, in response to a  request for a meeting  with Hydro-Québec’s new Board Chair, Ms. Côté, when we were warned of an upcoming hearing at the Commission d’accès à la information, the Executive Vice-President – Corporate and Legal Affairs and Head of Corporate Governance wrote to us  “without commenting in any way on the point of view expressed in [our] correspondence,” that the HQ-IEC agreement , due May 22, 2019, has not been renewed !” In addition, she said the entire content of the agreement is finally communicated to the Coaliton, and the Commission hearing was therefore canceled.

On August 27, the Coalition BDS Québec published a press release.  Hydro Quebec immediately sent a letter, signed by its chief – Public Affairs and Media, stating that the decision not to renew the HQ-IEC agreement had no political impact, which we doubt strongly.

The Rest of the Country

Starting in July 2019, the Canadian BDS Coalition and its member groups were in touch with the approximately 40 electric companies across Canada to ask them about any possible relationship with Israel Electric.

These are companies that are part of the Canadian Electricity Assocation.

Contact was also made with the roughly 40 utility organizations who are members of the Canadian Electricity Association.

More than a dozen Canadian utility companies have indicated they don’t have a relationship with Israel Electric.

We hope that these companies continue to refrain from any relations with Israel Electric or other companies complicit in the military occupation of Palestine.

Companies that have relationship with Israel Electric

In response to your question, the only working relationship Manitoba Hydro, through its subsidiary Manitoba Hydro International, has with the Israel Electric Corporation relates to licenses and maintenance for software that simulates and analyzes power systems.

A number of companies have not responded to two or more correspondence sent since August 2019. It would seem perhaps this would indicate that there could be some relationship, so a formal letter has been sent to each of these companies from Just Peace Advocates.

5. Let us know they do not have relationship! On the list above!

14. Responded that they have no relations with Israel Electric

23. responded that have no relationship

As we hear from these companies we will update this information. In the meantime you may wish to contact these companies, especially if they are your utility provider.