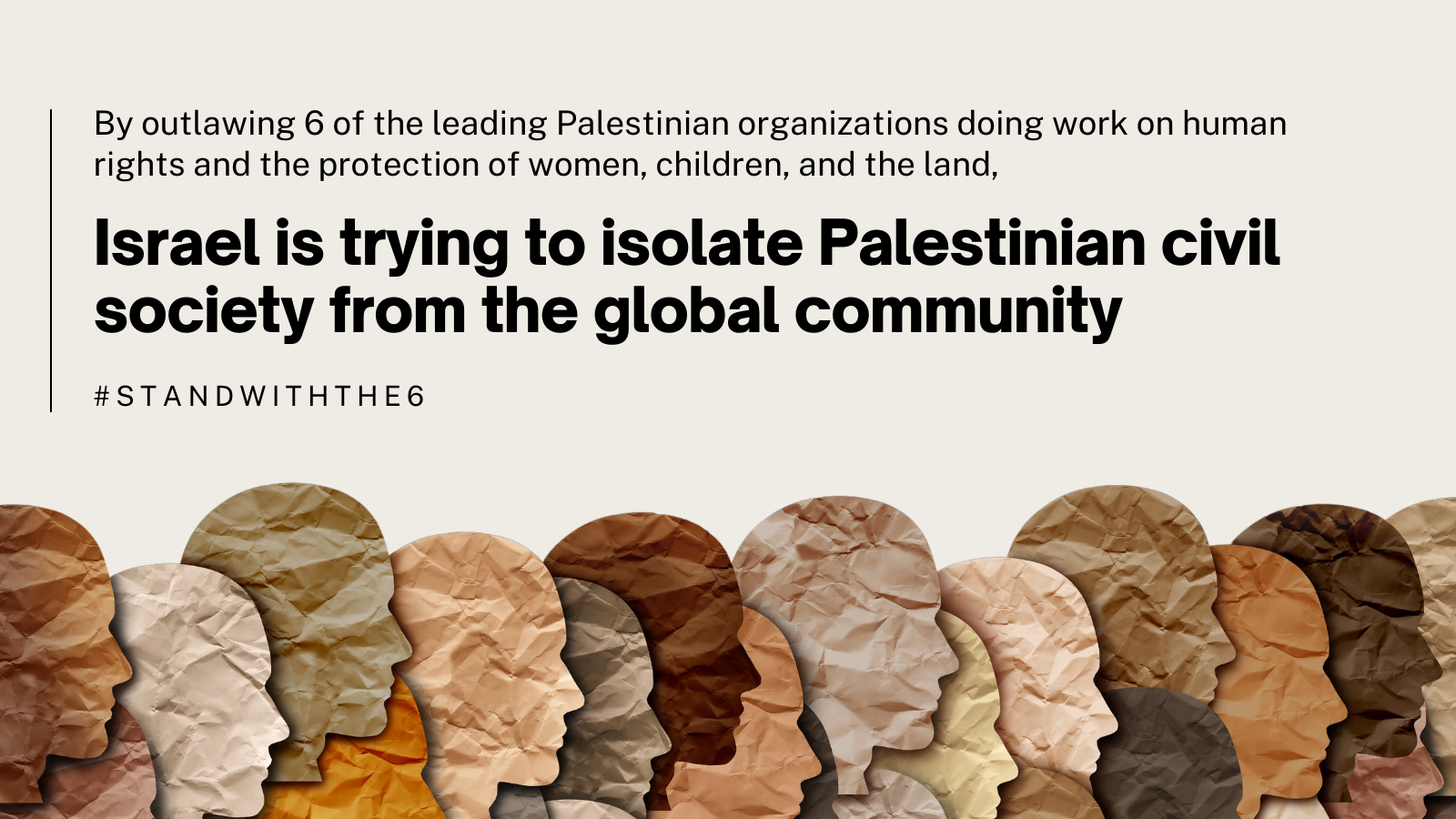 On October 22, Israeli war criminal and “Minister of Defense” Benny Gantz designated six Palestinian organizations as “terrorist.” All are known for their defense of Palestinian human rights: Al-Haq, Addameer Prisoner Support and Human Rights Association, Defence for Children International Palestine, Bisan Center for Research and Development, the Union of Palestinian Women’s Committees and the Union of Agricultural Work Committees.

This is the latest of repeated designations that began earlier in the year by Gantz and the Israeli regime to name Palestinian and international organizations working to defend Palestinian rights and organize for Palestinian liberation as “terrorists.”

On February 21, 2021, Gantz declared that he was adding the Samidoun Palestinian Prisoner Solidarity Network to Israel’s “terror list.” The designation was based on accusations that are both spurious and false.

At the time, 35 organizations and over a 100 individuals including artists, academics, lawyers and clergy signed a statement initiated by the Canada Palestine Association naming this criminalization of Palestinian advocacy as being unacceptable and unfounded. (See full list: http://cpavancouver.org/2021/04/tell-canadian-officials-advocacy-for-palestine-is-not-terrorism/). Close to 1,000 letters were sent to the Canadian government.

In late August 2021, without issuing a press release, Gantz further declared EuroPal Forum, the International Legal Coalition for Palestine and the Popular Conference of Palestinians Abroad as “terrorist”. Now with ten organizations, the Israeli regime has fully adopted as standard practice and policy the “terrorist” designation of organizations that effectively challenge its control and expose its crimes on the local, regional and international levels.

With the most recent addition of six organizations this deflection from the ICC investigation has become even more clear.

40+ organizations, representing over 50 groups. along with more than 100 individuals, have endorsed a call to the Canadian government to hold Israel accountable,

Under Article 1 of the Fourth Geneva Convention, all high signatories, of which Canada is one, are required to take actions to ensure that the Convention is upheld in all circumstance. We call on Canada to ensure violations of the Fourth Geneva Convention (war crimes) do not occur under any circumstance. We call on Canada to use all economic and diplomatic means available to hold Israel accountable for its violations of international law (war crimes).

in addition, over 5K letters have also been sent to the Minister of Foreign Affairs Melanie Joly and the Minister of Public Safety Marco Mendicino telling them that the criminalization of Palestinian advocacy is unacceptable and unfounded.

Organizations that have signed to date include:‘

Will update periodically, and add individuals separately. Over 100 so far.