Government of Canada: you can’t keep the lid on Israeli war crimes forever! 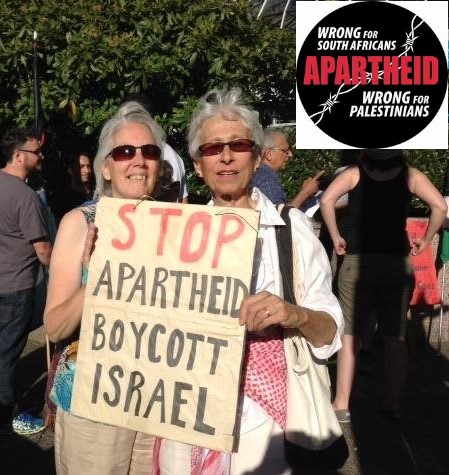 Take one minute to write to PM Justin Trudeau and Members of the House of Commons to let them know they can’t keep the lid on Israeli war crimes forever!

Major Israeli (Yesh Din and B’tselem) and international (HRW and AI) human rights organizations have determined that Israel is an Apartheid state. It is a fact and finally acknowledges what Palestinians have been saying for years. We demand that the Canadian government and Parliament take action on this serious crime. The status quo of unconditional support for Israel is not acceptable; you can’t keep the lid on Israeli war crimes forever!

For decades, successive Canadian governments alongside other western governments “have actively supported Israel’s violations by supplying it with arms, equipment and other tools to perpetrate crimes under international law and by providing diplomatic cover…” (Amnesty International report). By doing so, Canada is complicit in Israeli ethnic cleansing, war crimes and the crime of Apartheid.

Following are just some examples from leaders of the Liberal Party who denied that Israel is an apartheid state and used the Israeli Hasbara rationale to defend Israel; in the process, they also promoted anti-Semitism by conflating Jews and Judaism with Israel.

Bob Rae (March 8, 2012):
“Israeli Apartheid Week continues to defy logic and the cause of social justice. We expect students to engage with issues of injustice, equality, and respect for international law…”

Justin Trudeau (March 13, 2015):
“The BDS movement, like Israeli Apartheid Week, has no place on Canadian campuses. As a @McGillU alum, I’m disappointed. #EnoughIsEnough”

Justin Trudeau (April 16, 2019): “…this is why I have been clear and continue to be clear in condemning Israeli Apartheid Week and the BDS movement.”

Marc Garneau (June 11, 2021) response in the House of Commons to Human Rights Watch report on Israeli Apartheid:
“… the position of the Liberal Government is extremely clear on the question of the Apartheid label, we reject it categorically. It is not part of our approach with respect to Israel or the Jewish community, and we of course are completely against any anti-Semitism that would be displayed by any Canadian citizen.”

We recall that when the United Nations General Assembly adopted Resolution 3379 on November 10, 1975, which “determine[d] that Zionism is a form of racism and racial discrimination”, the House of Commons on Nov. 12 1975, unanimously condemned the resolution, thereby ignoring the supremacist and racist nature of this Zionist settler colonialist movement. That unanimous condemnation was a stain on human rights and on Canada, as well as a racist act against the Palestinian people.

We urge you, as a government and as the House of Commons, in the name of the Palestinian people and humanity to recognize the apartheid nature of Israel. As noted, multiple Canadian governments have unconditionally supported Israeli war crimes, Israeli violations of international humanitarian law and the Fourth Geneva convention; by doing so, these Canadian governments have been implicating the Canadian people in these war crimes.

Enough is enough, don’t make us complicit in the crime of APARTHEID. Act NOW.