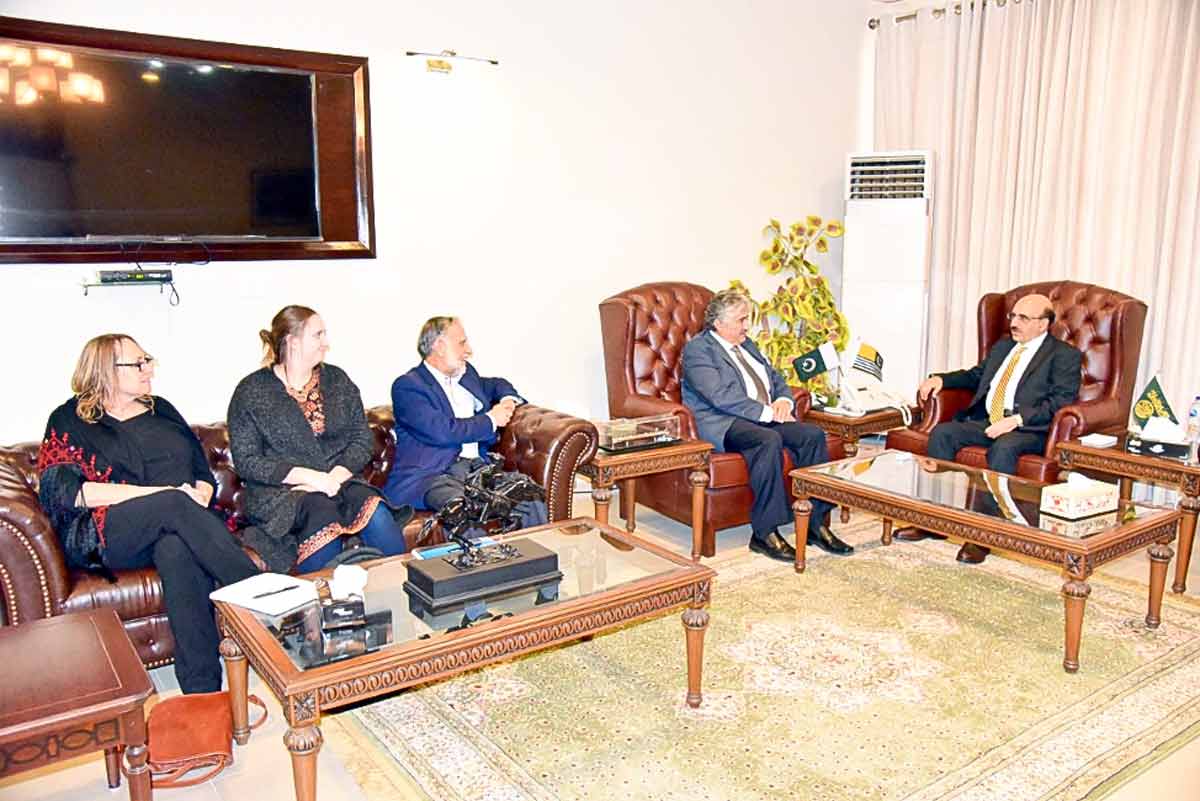 Members of a Canadian human rights delegation have just returned from Islamabad and Azad Jammu & Kashmir (AJK) with the vow to intensify their efforts on behalf of the suffering people of Indian Occupied Kashmir.

The delegation has identified several specific areas where they intend to work.

These include: a call on the Canadian government to help lift the lockdown to which the 8 million Kashmiris have been subjected by India since August 5; Work with the International Committee of the Red Cross (ICRC) to facilitate contact between the thousands of Kashmiri youth taken into custody, and their parents; Urge Amnesty to be proactive in naming prisoners of conscience; Call on the Committee to Protect Journalists (CPJ) to speak out on behalf of Kashmiri journalists that have been detained and are prevented from doing their work; Intensify efforts in Canada to further highlight the plight of the Kashmiri people; and work towards a BDS (Boycott, Divestment and Sanctions) campaign against India because of its atrocious conduct in IOK.

A letter is being drafted to be sent to the Canadian Prime Minister Justin Trudeau urging him to personally intervene on behalf of the Kashmiri people that repose great hopes in him.

“I was surprised to learn how highly the people of Pakistan and Kashmir view the Canadian prime minister,” said. Karen Rodman, Director of Just Peace Advocates and a member of the Canadian delegation.

As a first step toward the realization of this objective, Ms. Rodman suggested that Canadian peace-keeping troops should be deployed in Kashmir to prevent the greatly feared genocide of the people of Kashmir by the 900,000 Indian occupational troops.

Ms. Michaela Lavis, another member of the delegation who is doing a Masters degree in Social and Political Thought at York University, suggested that Canada should impose economic sanctions against India.

“There is a Canadian law that calls for economic sanctions against any country guilty of gross human rights violations,” said Ms. Lavis. “Canada should also lead the way in blocking all arms sales to India,” she added.

While in Islamabad, the Canadian delegation contacted the ICRC as well as Amnesty International offices but most of their staff was away due to Christmas holidays. The delegation members intend to contact their representatives in Canada urging them to fulfill their mandated responsibilities vis-à-vis the people of IOK.

Delegation members also met staff at the Canadian High Commission in Islamabad and briefed them about the plight of Kashmiri refugees in camps in Azad Jammu and Kashmir. In several of the refugee camps, the delegation was told they were the first members of international community to visit in the three decades since these families had been exiled from IOK.  The CanadianHigh Commission staff welcomed the briefing and requested that they be kept informed of any other information that would help them better assess the situation.

The delegation will be talking with civil society as well as government officials about what they witnessed firsthand in the refugee camps as well as what needs to be done to help resolve this long-festering problem of IOK that has become more acute following additional oppressive measures imposed by the Modi regime since August 5.

Briefings for others are also being planned so that they can join the campaign on behalf of the long-suffering people of Jammu and Kashmir. In addition to Mrs. Karen Rodman and Ms. Michaela Lavis, the delegation also included Dr Jonathan Kuttab, an International Human Rights lawyer, and Mr. Zafar Bangash of Friends of Kashmir Canada.