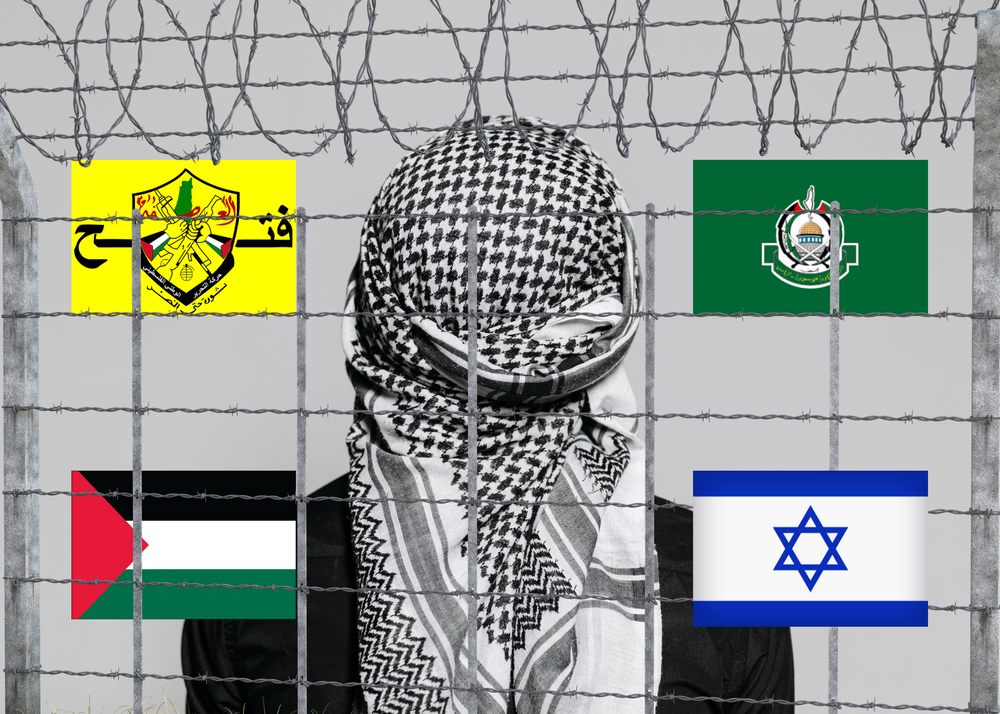 Last week, I lamented the failure of the world to address the siege of Gaza, which has gone on for 15 years and kept two million Palestinians trapped  in an unlivable open-air prison. The real elephant in the room, however, and the justification used for failing to lift that siege is the fact that the Gaza Strip is currently ruled by Hamas—considered an illegitimate terrorist organization, hell-bent on the destruction of Israel and, as such, not a potential candidate for negotiations or peace.

The existence of Hamas is also the lame excuse given for the paralysis of peace talks. Since the Palestinians are divided and Mahmoud Abbas cannot (and is not allowed to) talk either with or for Hamas, it is said that there exists “no one to talk to” on the Palestinian side. Hamas has become a convenient excuse for indefinite occupation.

It may well be time to broach the taboo subject of talking to Hamas and seek instead a way of bringing them into the peace conversation. Certainly, there can be no peace without Hamas and its followers participating in some way or another.

Now, I must begin by saying that I am neither an apologist nor do I in any way speak for Hamas. In fact, I  reject their political philosophy, and I believe they have failed the people of Gaza in many ways. Yet, the isolation, demonization, and exclusion of Hamas from the political process has not been helpful.

The situation for Hamas is in many respects analogous to the situation of the PLO before the famous handshake that took place on the White House lawn. The PLO, too, was considered a terrorist organization; its charter was unacceptable, and some of its tactics were abhorrent. Yet, it represented at the time the Palestinian people, and one makes peace with one’s enemies, not with one’s friends.

In addition, the PLO carried out many civilian functions and played an important part in the lives of the people. Its demonization was a convenient way of demonizing all Palestinian people and preventing any progress towards reconciliation.

Brave individuals, including Christians, challenged “conventional wisdom” and at great risk to themselves, their reputation, and their careers were willing to meet with PLO officials, even though doing so was against the law at the time. Andrew Young (a former pastor and associate of Dr. King) was the US representative to the UN when he lost his job and damaged his career after meeting with the PLO representative to the UN, the late Zuhdi Tarazi.

Quaker and other church officials met with Yasser Arafat, even advising and urging him to take the necessary steps to move towards negotiations. This included changing the charter of the PLO, making public statements in favor of the recognition of Israel, and abandoning armed struggle.

Is it time to do the same with Hamas? After all, they do have physical control of the Gaza Strip’s interior and enjoy the support of a sizable portion of the Palestinian population—many of whom voted for Hamas only because they were frustrated with the corruption and inefficiency of Fatah and the Palestinain Authority.

Some may argue that Hamas is an evil entity and that they have no interest in making peace, that it is a waste of time and effort to even try, that they cannot be trusted, and that their own charter calls for the destruction of Israel (referring to the old charter that has long since been amended). The same arguments once trotted out against the PLO can all be applied to Hamas. This time, however, the Arab countries, as well as the Palestinian Authority, often join the chorus of those who oppose Hamas and refuse to negotiate with them.

Those interested in lasting peace, however, cannot take such a posture. We must be willing to talk to all, seeking the common humanity and goodwill in every corner. It is far too easy to demonize our enemies and those with whom we disagree. Jesus got into trouble for his willingness to associate with sinners, tax collectors, Samaritans, gentiles, and even women. Can his followers dare to follow his example?

It is easy enough to demonize our opponents and associate only with our friends and those who agree with us. It takes great courage and patience to open ourselves to those with whom we disagree, whether it is the Jewish settlers, right wing (or left wing) extremists, Zionist extremists, religious fanatics, or anyone else who disagrees with us. Yet, this is precisely what we need to do.

I understand that this challenge may be a bridge too far for some of you. After all, it runs against the conventional wisdom of most activist organizations and individuals. It also may be against the law. But, I would like to hear from others who disagree with me. At least, let us have a conversation about a topic that has been a taboo for too long.

“You have heard that it was said, “You must love your neighbor and hate your enemy.” But I say to you, love your enemies and pray for those who harass you so that you will be acting as children of your Father who is in heaven. He makes the sun rise on both the evil and the good and sends rain on both the righteous and the unrighteous. If you love only those who love you, what reward do you have? Don’t even the tax collectors do the same? And if you greet only your brothers and sisters, what more are you doing? Don’t even the Gentiles do the same? Therefore, just as your heavenly Father is complete in showing love to everyone, so also you must be complete.