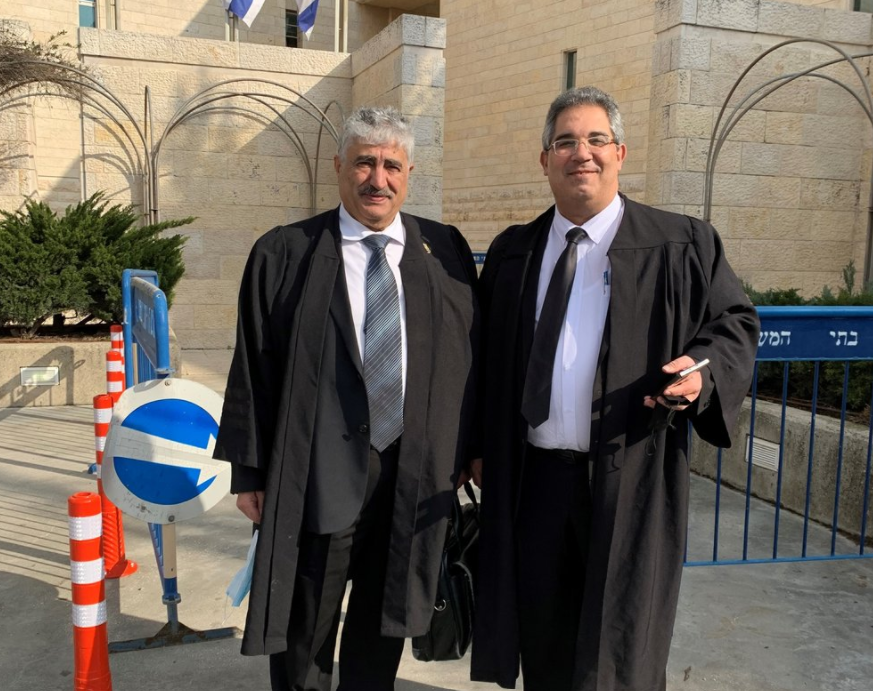 #Justice4Halabi: A Day at the Israeli High Court of Justice

Yesterday, Jonathan Kuttab attended a hearing at the Israeli High Court of Justice as an attorney for Mohammad Halabi, since Halabi is being represented by Kuttab’s law office in Jerusalem. The hearing was also attended by more than fifteen diplomats from the United States, the European Union, the United Nations, and several other countries, as well as supporters from multiple NGOs, including Save the Children.

Jonathan Kuttab has provided this update.

As a reminder, Palestinian prisoner and humanitarian Mohammed Halabi, former head of World Vision Gaza, was wrongly imprisoned on blatantly false charges of redirecting millions of dollars of aid money for the people of Gaza to Hamas. Halabi has been kept in prison for nearly six years, despite there not being any physical evidence for the charges against him. Just Peace Advocates has been advocating that the Canadian government demand that Israel free Halabi from Israeli imprisonment and put an end to this case once and for all.

In Canada, over 1,000 letters have been sent to the Canadian government. Also, thousands of people joined in two social media storms during 2021 with Just Peace Advocates and other partners resulting in millions of impressions.

Under Israeli law, a criminal trial wherein a defendant is incarcerated should be completed within nine months of his or her arrest. Beyond that, the prosecution needs to petition the High Court for a three month extension. Typically, the High Court does not get into the details of a case but only the reasons for the delay. A delay is usually granted once or twice. In addition, the High Court is free to refuse an extension and order the defendant to be released on bail, held under house arrest, given an electronic ankle bracelet for monitoring, etc., while the trial continues.

In the case of Halabi, the State has repeatedly requested and received extensions and has refused to consider his release on bail. Today’s hearing was the twenty-third (yes, the twenty-third!!) such a request for extension. The result is that Halabi has been in jail, without bail or conviction, for almost 6 years now.

Maher Hanna, the attorney from Kuttab, Khoury and Hanna Law Firm in East Jerusalem office overseeing the case, was scathing in his presentation. He said that although the Supreme Court would not normally look into the specifics of the underlying trial, limiting itself only to the charge sheet, the court cannot ignore the facts of this specific case and needs to consider its substance. In fact, the charges listed in the charge sheet have long been superseded, for the State no longer maintains them. The State no longer maintains the bulk of the charges against Halabi. All testimony has been concluded, and there is no reason for any more delays. Hanna challenged the Court to at least read the summations of the case, but the judge refused.

Nonetheless, Hanna managed to slip into his presentation a few substantive points:

In the end, the High Court judge stated he would speak to the District Court judge and ask when he expected to give his verdict, before deciding on this extension. Maher Hanna thinks this is a positive development and is cautiously optimistic that we may at least come to see an end to interminable delays.

Halabi, who attended the hearing by Zoom, had a rare opportunity as the judge left the room to greet all the diplomats and supporters, sharing a brief word with them before the court police cut off the connection. Halabi thanked the diplomats, telling them he is doing all this so that the important humanitarian work of several organizations, like World Vision and others, could continue in Gaza.

To read an interview by FOSNA with Attorney Maher Hanna on the absurdities of the case against Halabi, follow the link below: