Condemnation is Not Enough – Root Causes Must be Addressed, Israel’s Impunity Must be Brought to an End, Justice Must be Achieved

Rooted in institutionalised oppression, displacement, and dispossession of the Palestinian people since the start of the Nakba in 1948, Palestinians continue to experience an ongoing-Nakba – an ongoing reality of Israeli settler-colonialism and apartheid. Since 3 November 2020, Humsa al-Fawqa, a Palestinian community in the Jordan Valley, has been targeted, raided, and demolished six times by the Israeli occupying authorities.

Currently, 11 Palestinian families residing in Khirbet Humsa al-Fawqa, which is located in what Israel has declared a ‘firing zone’ area, are subjected to Israel’s discriminatory urban planning and licensing permit system, which has made obtaining building permits for residential and commercial structures in the occupied Palestinian territory, including East Jerusalem, nearly impossible. Notably, Israel has appropriated 18 percent of the West Bank as firing zones, leaving some 6,200 Palestinians living there under threat of forcible displacement.

Containing vital land reserves for the natural expansion of Palestinian towns and cities and constituting a hub of Palestinian natural resources, the Jordan Valley is critical for Israel’s settler-colonial enterprise. Subjected to frequent raids and attacks by the Israeli Occupying Forces (IOF), the Palestinian residents of Khirbet Humsa al-Fawqa and their houses and other structures of Khirbet Humsa al-Fawqa were demolished and confiscated in 2012, 2013, 2014, 2017, 2018, 2020, and now in 2021. In November 2020, the Israeli occupying authorities conducted what was described as “the largest forced displacement incident in over four years,” leaving 72 protected Palestinians, 38 of which are children, homeless, amidst a global pandemic. In February 2021 alone, the Palestinian community was raided five times by the IOF who demolished and confiscated the houses of 11 Palestinian families.

By systematically designing and implementing policies of displacement and dispossession tailored to forcibly transfer Palestinians, replacing them with Israeli settlers, to maintain Israel’s settler-colonial enterprise and apartheid regime, Israel continues to violate Palestinian rights, including the Palestinian inalienable right to self-determination, and right of return; while continuing to enjoy an unlawful culture of impunity.

International community, including the European Union, the Organization of Islamic Cooperation, current and former members of the Security Council, Ireland, Belgium, France, and the United Kingdom, has condemned the Israeli-conducted demolitions of Khirbet Humsa al-Fawqa, highlighting the illegality of the such attacks, and addressing the dire humanitarian conditions caused by these demolitions. In acknowledging that the demolished structures have been funded by the international community, as part of their ‘humanitarian support to Palestinians at risk of forcible transfer in the West Bank,’ the undersigned organisations assert that the humanitarian aid should remain a short-term, temporary support, as the international community should not deviate away from its recognition of the root causes of the occupation: Israel’s colonial and apartheid regime, and its associated systematic policies and practices.

Underscoring the need to put an end to Israel’s prevailing culture of impunity, Michael Lynk, the UN Special Rapporteur for the situation of human rights in the Palestinian territory occupied since 1967, and Balakrishnan Rajagopal, UN Special Rapporteur on Adequate Housing as a Component of the Right to an Adequate Standard of Living, and on the Right to Non-Discrimination, welcomed “the support given to the villagers of Humsa Al-Bqai’a by the diplomatic representatives in Palestine and Israel,” but stressed that “much more must be done by their governments to insist upon Israeli accountability, which is the missing key to ending this protracted occupation.”

Israel’s culture of impunity has further allowed business enterprises to benefit from the prolonged Israeli occupation and the perpetration of gross human rights violations. Al-Haq and Stop the Wall have identified c aiding the Israeli occupying authorities in their attacks against Khirbet Humsa al-Fawqa. Notably, JCB has already been placed on the UN Database, amongst 112 Israeli and international companies, operating in illegal Israeli settlements on Palestinian land. Further, JCB is currently being investigated by the United Kingdom National Contact Point for its involvement in human rights violations against Palestinians, but still continues to provide machinery to aid and abet war crimes in the occupied Palestinian territory.

The recent decisions of the Pre Trial Chamber of the International Criminal Court (ICC), affirming that the Court has full territorial jurisdiction over the occupied Palestinian territory i.e. the West Bank, including East Jerusalem and the Gaza Strip, and the Office of the Prosecutor of the ICC on the opening of a full criminal investigation into the Situation in Palestine represent a critically important step towards ending impunity and upholding the international rule of law, while ensuring the dignity of the Palestinian people who continue to be denied their right to self-determination and who are subjected to, inter alia, a criminal regime of apartheid, forced displacement, population transfer, extensive destruction and appropriation of property, and pillage, within the jurisdiction of the Court.
The continued targeting of Humsa al-Fawqa represents Israel’s unwillingness to adhere to binding international legal obligations, as Occupying Power, and Third

State’s failure to put an end to Israel’s impunity, further undermines the rule of international law.

Accordingly, we reiterate our calls on:

• The Human Rights Council of the United Nations to recognise and denounce Israel’s policies against the entire Palestinian people, including the demolitions of Humsa al-Fawqa, as war crimes of an Occupying Power, violation of the Palestinian right to self-determination and constituting the crime of apartheid;

• The Office of the High Commissioner for Human Rights to further develop in a transparent manner the UN database on business enterprises involved in Israel’s illegal settlement enterprise;

• The international community to resort to all available mechanisms to achieve international justice and accountability, and in particular, to intervene immediately to economically sanction Israel, and to hold individuals including corporate actors who may have committed war crimes in Humsa al-Fawqa criminally accountable, where they are present in their territory or nationals of the State Party; and

• All States parties to the Rome Statute and Third States to publicly support and fully cooperate with the Office of the Prosecutor of the ICC as per the obligations set forth in Article 86 of the Rome Statue, and in line with Common Article 1 of the four Geneva Conventions and Article 146 of the Fourth Geneva Convention, to ensure the arrest and transfer to the Hague of persons investigated and accused of international crimes, and to prevent the continued perpetration of international crimes against the Palestinian people.

Support the call and sign a public petition to #SaveHumsa. 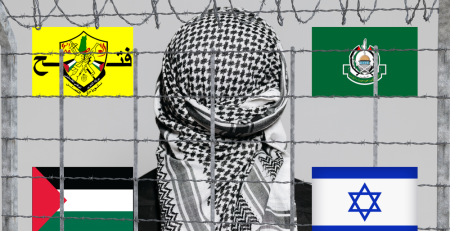