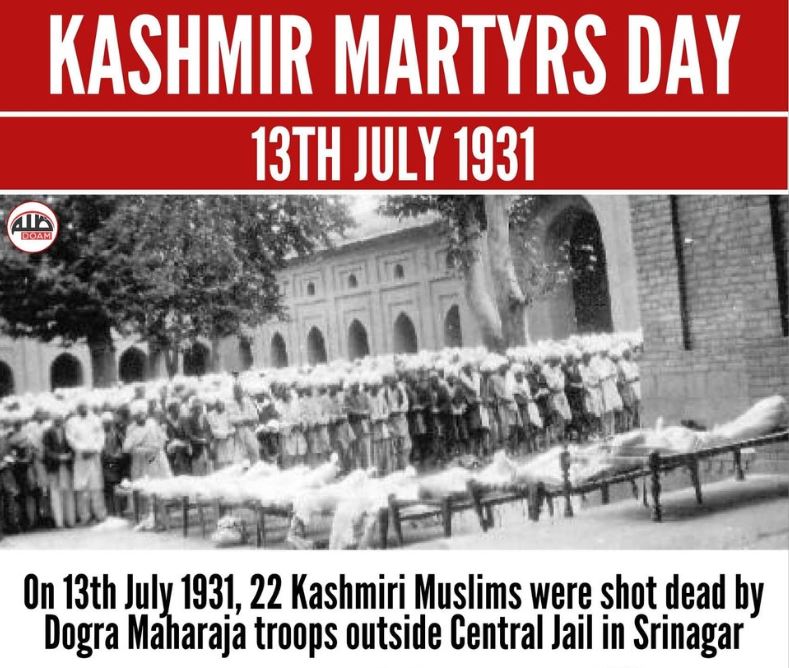 Today, July 13 marks Kashmir Martyrs’ Day. On this date in 1931, predating the independence of India and Pakistan from British colonial rule by 16 years, 22 Kashmiris were gunned down in cold blood by the Hindu ruler’s forces.

What was the Kashmiris’ crime?

Thousands had gathered outside Srinagar Central Jail awaiting verdict in the trial of a young man who had called for overthrow of the oppressive Hindu ruler.

It was time for afternoon prayers and a young man stood up to give the call for prayer.

Reports say that a total shutdown has been called for tomorrow.

Let’s hope and pray that here may be more killings of innocent Kashmiris.

There is a very long history to the Kashmiris’ struggle for freedom.