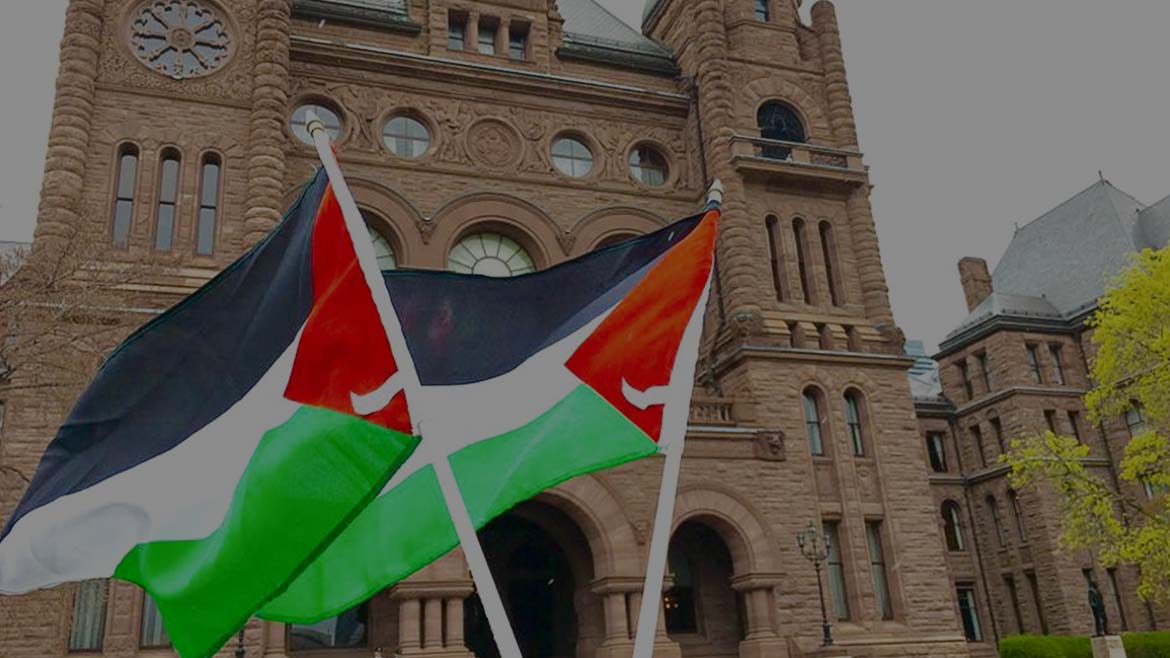 30+ organizations have signed what was going to be a written submission to the Ontario legislative Justice Policy Standing Committee for its October 30th deadline.

With the end run on October 27, whereby the Ontario Government through Order In Council (OIC) 1450/2020 approved the IHRA definition, while also cancelling hearings & submissions by the Justice Policy Committee, the statement below has been updated to include condemnation of IHRA implementation via Order-in-Council.

Just Peace Advocates notes that the use of an Order-in-Council in this way is very unusual, especially given it is not tied to any Legislative Act, and was made by Royal Prerogative. We question if this actually would stand the test as a law, and if in fact the government used this approach as they understood the risks of implementing a technically unsound legislation. This combined with the outpouring of concern that saw about 3K letters sent to all elected members of the Ontario legislature and over 100 requests to appear before the Standing Committee, seems to have left the government ready to do this end-run, realizing they could not just simply slide this through Committee and Third Reading.

Niagara Movement for Justice in Palestine-Israel

Educators for Peace and Justice

Say no to IHRA in Ontario

The organizations had intended that this statement would be made to the Ontario Justice Policy Standing Committee as part of its hearings related to Bill 168. With the cancellation of hearings, but not yet the withdrawal of the Bill, the statements continue to stand.

Further, organizations condemn the declaration by made by Royal Prerogative, without democratic process, in Order-In-Council 1450/2020, which states that “the Government of Ontario adopts and recognizes the Working Definition of Antisemitism, as adopted by the International Holocaust Remembrance Alliance (IHRA) Plenary on May 26, 2016.

Antisemitism, in all its forms, cannot be tolerated. Unfortunately, recent disturbing incidents around the world have shown that it continues to be a serious problem. Strong and effective measures are needed in the struggle to eliminate it.

On the other hand, true progress can only be achieved by fighting certain forms of injustice without inflaming others. While the objective is an important one, experience from around the world shows that some elements of Bill 168 are liable to being co-opted to stifle legitimate, non-discriminatory political speech.

The difficulties with Bill 168 are twofold. First, it is technically unsound as a piece of legislation. It purports to create a legal definition of antisemitism, but the definition it adopts was explicitly not intended to serve as a legal definition. Rather, it was purposely drafted to be broad and open-ended, which makes it ideal for its original purpose but woefully inadequate as a formal legal standard. Second, and more importantly, its vagueness leaves it susceptible to being abused and manipulated by opponents of free expression.

Bill 168 adopts “the working definition of antisemitism and the list of illustrative examples of it adopted by the International Holocaust Remembrance Alliance [IHRA].” Some of the examples referred to are clearly offensive, such as denying the Holocaust, holding Jews responsible for the killing of Jesus Christ, and accusing Jews of using the blood of Christians for religious rituals. Alongside these, however, are others that, when used in the legislative context, could limit political opinion, such as “requiring of [Israel] a behavior not expected or demanded of any other democratic nation.”

The IHRA definition does not assert that such examples are always antisemitic, only that it depends on the context. This broad and flexible approach is not suited to legislation because it breeds considerable uncertainty.

When the IHRA introduced the definition, it stressed that it was only a “working definition,” and “non-legally binding.” However, Bill 168 proposes to ignore the IHRA’s caution and insert this working definition directly into the Legislation Act, which would give it formal legal effect.

The Legislation Act lists definitions of basic words such as “individual,” “now,” “person,” and “the Queen.” This is to provide precision as to what these words mean when they appear in Ontario legislation, as they quite commonly do. Bill 168 proposes to add “antisemitism” to this list, along with a complex definition that is unwieldy and verbose for legislative purposes.

Antisemitism is an important issue. However, it is unclear why its definition belongs in this list (see Appendix for full list). The other definitions assist materially in the interpretation of Ontario statutes, because they specify the meaning of words that commonly appear in legislation. In contrast, the word “antisemitism” appears rarely if ever, and the proposed definition engenders more confusion than clarity.

This is unsurprising, as the IHRA definition was not drafted for this purpose. It was originally created as a guideline to enable data collectors to harmonize the collection of reporting data on potential antisemitic incidents in different countries, so that it could be aggregated and analyzed in a uniform way.[1] We do not dispute that a broad and open-ended definition is exactly what is needed for such a purpose. A legal standard, on the other hand, must be clear, precise, and rigorous. It should, as far as possible, leave no room for uncertainty. The IHRA definition is none of this, and thus cannot be crudely transposed, without any modification, directly into the legal context. It may serve its originally intended purpose very well, but as an actual legal standard it is incredibly flawed, as it is far too vague to be of any service.

The IHRA definition, as a legal standard, could be abused to curb freedom of expression

Apart from rendering it unsuitable as a formal legal standard, the vagueness of the IHRA definition, when incorporated into legislation, leads to a harmful effect on free speech. This is because some of its ambiguities have proven particularly prone to manipulation by opponents of free expression. For instance:

• The IHRA definition also states that it may be antisemitic to claim that “the existence of a State of Israel is a racist endeavor.” However, how does one define existence? For example, the argument has been made that continuing to seize Palestinian land and replace its Palestinian occupants with Jewish Israeli settlers is a strategic imperative for ensuring Israel’s continued existence, and the two are therefore one and the same. Is it therefore antisemitic to call Israeli settlements in occupied Palestinian territory a racist endeavor?

Such legal ambiguity can have a profound chilling effect on free speech. For instance, in 2019, a UK town council cancelled an annual charity bike ride for Palestinian children, citing uncertainty over whether hosting the event would run afoul of the IHRA definition.[2] In 2017, Holocaust survivor Marika Sherwood was barred from giving a talk at Manchester University entitled “You’re doing to Palestinians what the Nazis did to me,” after an Israeli diplomat objected, citing the IHRA definition.[3]

The problem has reached such a scale that the original author of the IHRA definition of antisemitism has felt compelled to come forward and speak out about it, denouncing how the definition has been subverted to stifle political speech. Kenneth Stern told the Times of Israel that the effect on university campuses was particularly worrying for him, describing the potential for abuse of the definition to suppress free expression on campuses as “a major danger.”[4]

This should be of notable concern to the government of Ontario, which recently affirmed its commitment to values of free speech on campuses by requiring all colleges and universities to adopt a policy on free speech. Although the objective of combatting antisemitism is an important one, the unfortunate reality is that the IHRA definition has an established history of being co-opted in attempts to suppress freedom of speech, while providing little if any useful assistance in the fight to eliminate antisemitism. Measures that are more effective and less detrimental to other fundamental values are necessary, and possible.

Organizations supporting this statement include:

This statement was to have been submitted to the Standing Committee on Justice Policy, At this point the statement and information on this page has been provided to the Ontario New Democratic Party leaders, caucus and executive.

• Her Majesty, His Majesty, the Queen, the King or the Crown

• now, next, heretofore and hereafter

[4] The Times of Israel, “The scholar who wrote the definition of anti-Semitism says it’s been subverted,” 9 January 2020.