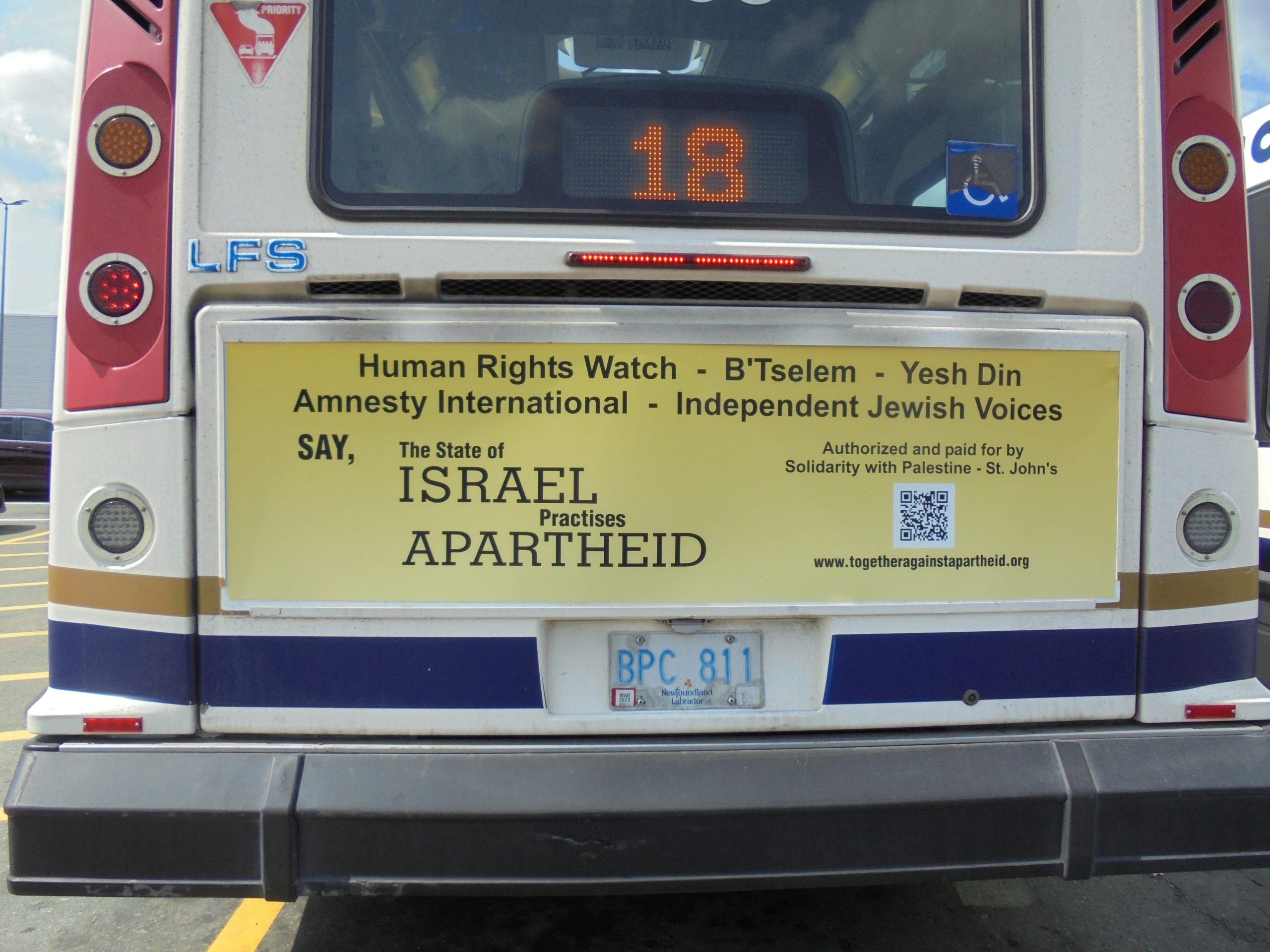 Other reports have come from Jewish-Israeli organizations, such as Yesh Din and B’Tselem, on the apartheid situation in their own country.  Independent Jewish Voices Canada supports these groups from outside Israel.

This summer, Israel began its largest ethnic cleansing campaign since 1967, putting thousands of Palestinians at risk of forcible removal in the Masafer Yatta region of the occupied West Bank.

“Israel practices apartheid in full view of the international community. We here in St. John’s have a duty to speak out and take action,” says Majed Khraishi, spokesperson.

“Solidarity with Palestine – St. John’s adds our voice to the growing number of NGOs, religious, and community organizations in getting out this message,” says Lorraine Michael, spokesperson.  The QR code on the ads directs people to links where they can get more information.

We encourage others to learn more and join us in pressuring the Canadian government to take a more proactive role in supporting Palestinian human rights.

On The Go with Anthony Germain