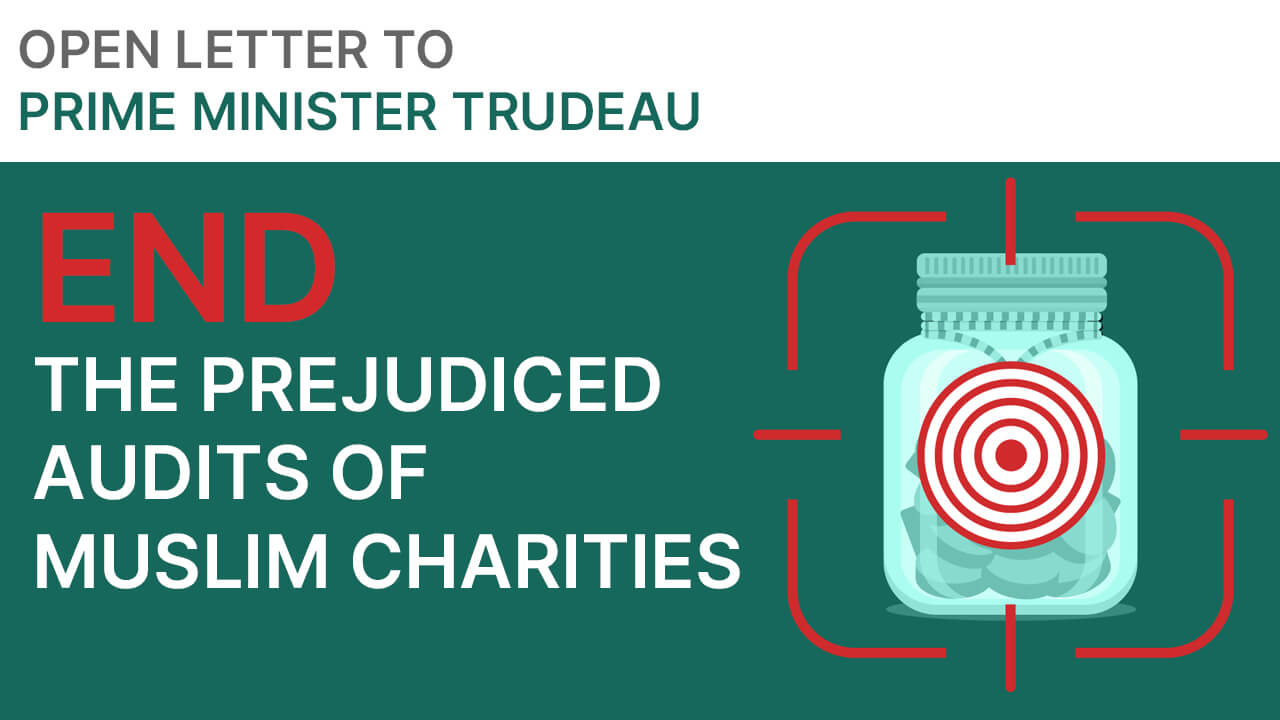 A letter has been sent to the Prime MInister and members of his cabinet to put an end to the CRA’s prejudiced audits of Muslim charities.

Thanks to the International Civil Liberties Monitoring Group for their work on this.

More than 130 groups signed an open letter to Prime Minister Trudeau and members of his cabinet, raising concerns and calling for action in regards to the Canada Revenue Agency’s prejudiced audits of Muslim charities, under the auspices of countering terrorist financing.

The letter is in support of the revelations and recommendations included in ICLMG’s new report “The CRA’s Prejudiced Audits: Counter-terrorism and the targeting of Muslim charities in Canada.”

You can read the full report, executive summary, and write to Prime Minister Trudeau to add your voice at https://iclmg.ca/prejudiced-audits.

Spread the word on social media:

There has been some excellent media coverage of both the open letter as well as the issue overall, highlighting ICLMG research as well as the NCCM’s excellent Under Layered Suspicion report, including:

And a final reminder that individuals can still send a personal message to the government and their MP at https://iclmg.ca/stop-prejudiced-audits.