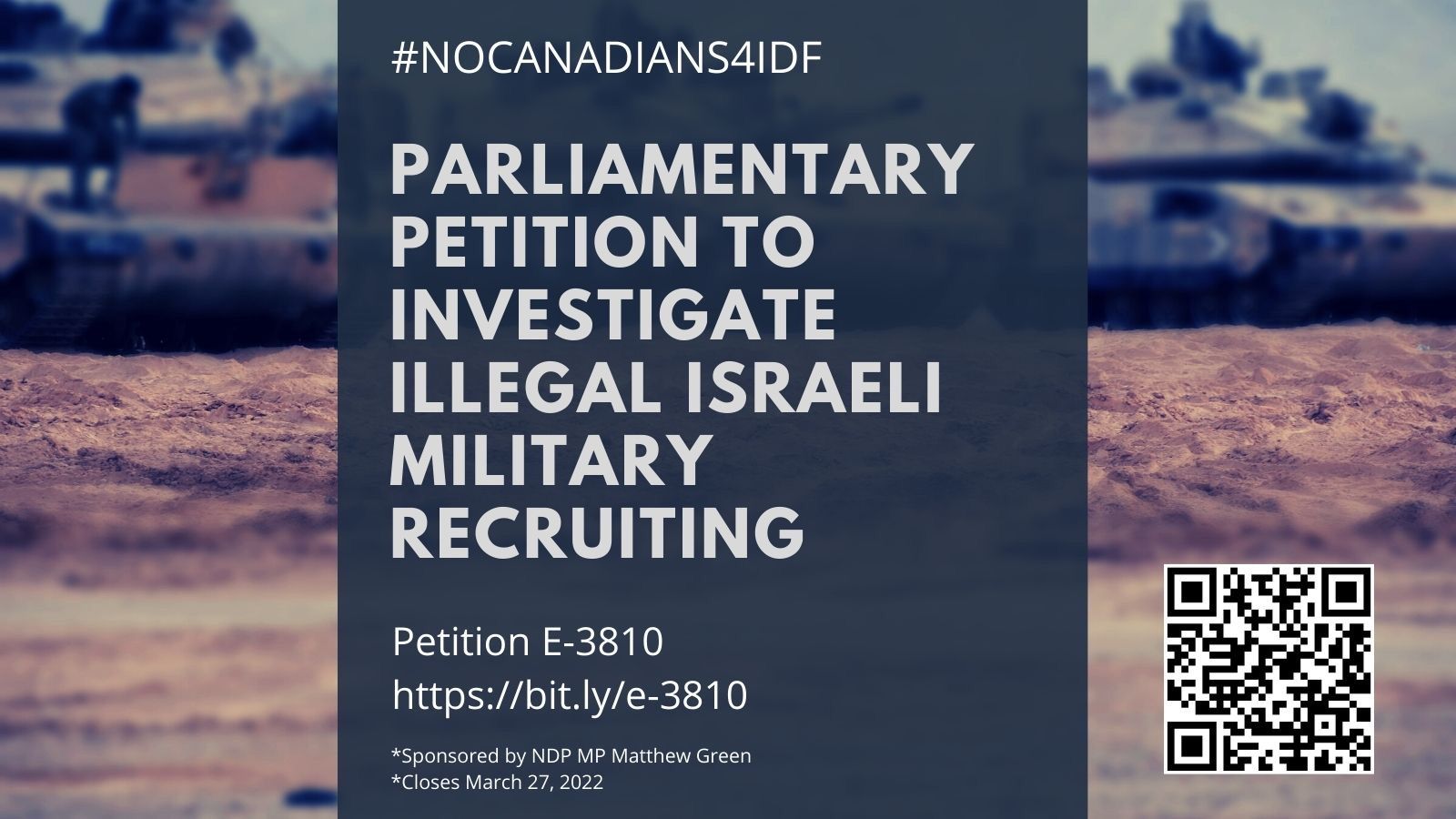 Citizens and residents of Canada, are invited to call upon the Minister of Justice to undertake a thorough investigation of those who have recruited or facilitated recruiting for the Israel Defense Forces, and, if warranted, lay charges against those involved in recruiting and encouraging recruiting for the IDF.

In 2021, MP Green sponsored E-3337 which garnered 7,769 signatures. This petition did not proceed due to the election being called, E-3810 uses the same wording.

If you signed E-3337 please do now sign E-3810. If you did not sign the earlier petition we hope you will also sign the current one.

Read more about the request to investigate illegal military recruiting in Canada.

Check out some media coverage

The complaints submitted to the Minister of Justice and the RCMP.

Webinar and complaint regarding illegal subsidies to organizations that support the Israeli military.

This campaign has been supported by Just Peace Advocates, Canadian Foreign Policy Institute, Palestinian and Jewish Unity, World BEYOND War, and  the Palestinian Canadian Congress, along with 40+ other organizations that have endorsed the #NoCanadians4IDF

More actions you can take. These can be taken by residents of Canada as well as international friends.

Write a letter to the RCMP: It has been a year, what is the status of your investigation of Illegal Israeli Military Recruiting in Canada?