Participation in the “Rule of Law” event

The evidence provided on January 3, 2021 to RCMP Comissioner in regard to illegal Israeli recruiting happening in Canada shows active recruiting in community organizations in Canada such as the UJA Federation of Greater Toronto  which held a webinar recruiting for the Israel Defence Forces on June 4, 2020.

Ironically, this same organisation, the UJA Federation of Greater Toronto  is co-organizing  its 4th Annual Legal Conference, “The Rule of Law in Times of Crisis.” Minister David Lametti will be attending this conference held by an organisation committing the crime of encouraging illegal enlistment.

A letter was sent to Minister Lametti in this regard. He did not respond.

Supreme Court Justice Thomas Cromwell is listed as key note speaker at the “Rule of Law” event.. As Yves Engler writes this would seem to be a conflict of interest while overseeing an inquiry into whether a former official of the organizations acted improperly.  A letter was sent to Thomas Cromwell also alerting him to the concerns about UJA promoting an eveent that supported Israeli military recruiting. 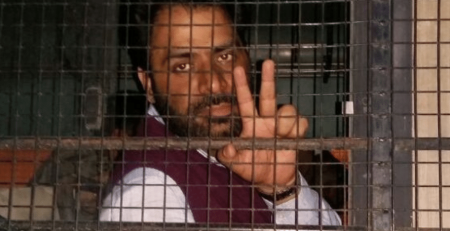 "  Human Rights Defenders throughout the world are in desperate need of our solidarity and support.  They are the brave... read more

Questions asked of the CPPIB

These are a few questions that were asked of the CPPIB as part of the recent CPPIB bi-annual public... read more

We call for immediate release and demand Israel rescind the decision to revoke Salah Hammouri's Jerusalem residency based on... read more