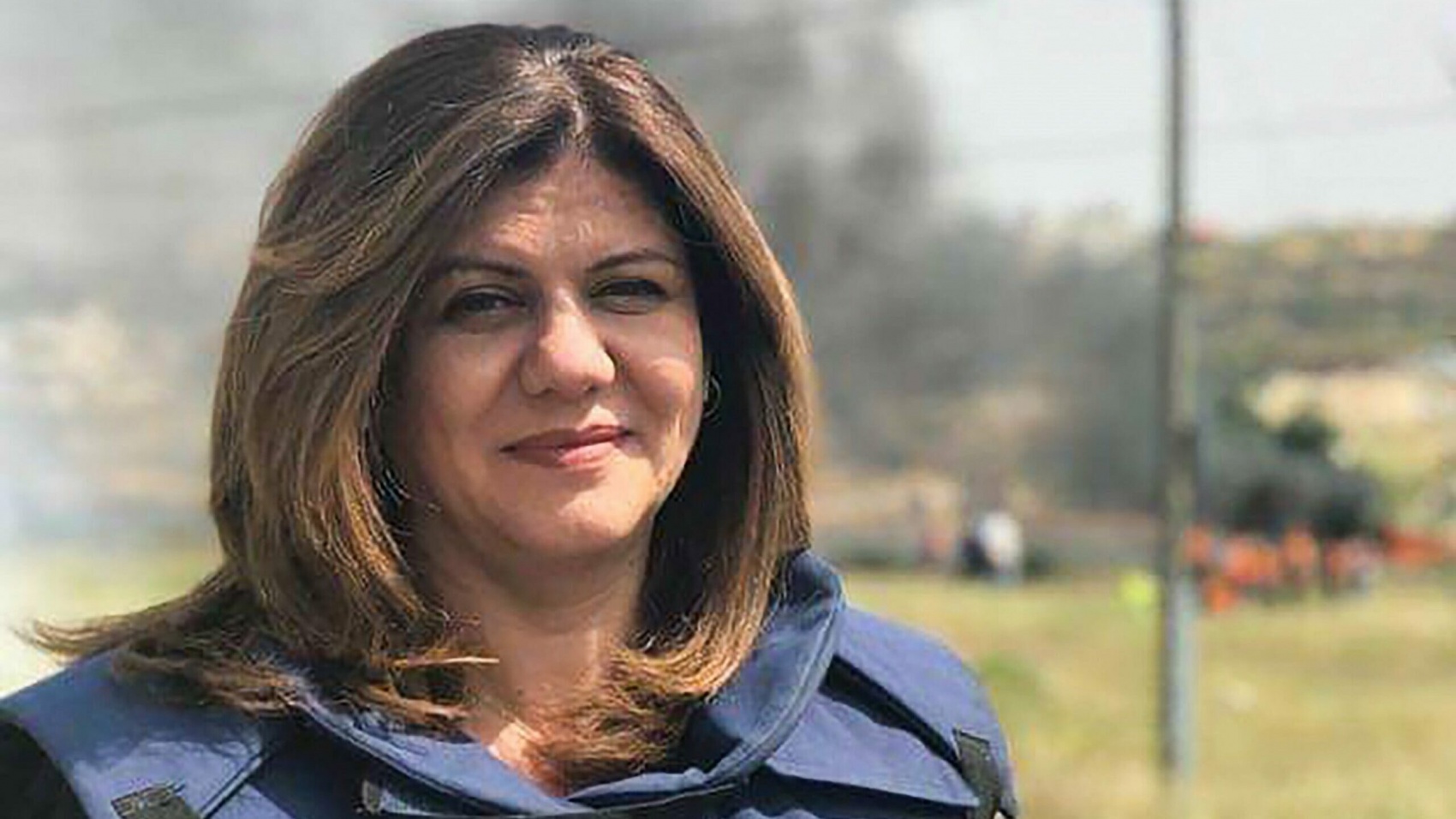 Al-Haq condemns in the strongest possible terms the direct killing of prominent Palestinian female journalist Shireen Abu Aqleh while on an assignment covering Israeli incursions in Jenin refugee camp on Wednesday 11 May 2022, as well as the injury of her colleague Ali Samoudi, shot in the shoulder with live ammunition by Israeli Occupying Forces (IOF).

Al-Haq’s initial field investigation indicates that on the morning of Wednesday 11 May 2022, at approximately 5 am, the IOF raided Jenin refugee camp and attacked the Al Housari family home, firing live ammunition and sound bombs and attacking civilians found therein, under the guise of searching for “wanted” individuals. Consequently, clashes between the IOF and armed Palestinians erupted in the area. Around an hour later, a group of journalists wearing marked “PRESS” vests and helmets gathered near al-Awda square (by the western entrance of Jenin refugee camp). The journalists walked down the Jenin- Burqin street heading west towards a by-road where the IOF were deployed, and were soon directly facing the IOF vehicles, without any barriers obstructing the vision of the IOF situated to their south. The journalists stopped for a while to allow the IOF to identify them with their clearly marking “PRESS” vests, and slowly approached the IOF from the north. This is when the journalists were fired at from the south, where the IOF were situated.

Journalist Ali Samoudi was leading the way when the IOF opened fire on the journalists. He turned around and screamed “bullets being fired” and started running back towards Jenin-Burqin street. He was hit with a bullet in his left shoulder from the back side, which exited from the front side of his body. Shireen, who was standing against a wall and a tree, screamed “Ali is hit,” and seconds after she was hit with a bullet to her head and fell immediately to the ground. Journalist Shatha Hanaisheh, who was standing next to Shireen taking cover next to a tree, attempted to reach and pull Shireen’s body to safety, but could not as the IOF continued shooting at the journalists, as well as at residents trying to rescue them. Eventually a resident was able to reach Shatha and Shireen and pull them away behind the wall, one by one. Shireen was then taken to a car and transferred to Ibn Sina Specialized Hospital in Jenin where she was announced dead at 6:15 am.

Doctor Rayyan al-Ali, the director of the Forensic Medicine Institute at the An-Najah University in Nablus city, indicated that a disfigured shrapnel was found inside the brain of Shireen. The shrapnel indicates that the bullet may be a type only available and used by the IOF. Accordingly, and taking into account the preliminary field investigation, it could only be IOF fire that killed Shireen Abu Aqleh on Wednesday morning.

Although Israeli politicians attempted to hide their crime by blaming it on armed Palestinians, our investigation clearly shows that the crime was committed by Israeli soldiers. Later in the day, the officer in charge of the ‘Central Command area’ that includes Jenin in the Occupied Palestinian Territory (OPT), Yehuda Fuchs, in an interview with Israeli Channel 12 News, didn’t deny the possible responsibility of his units and Israel for the killing of Shireen.

The direct killing of Shireen Abu Aqleh is a grave breach of international humanitarian law and international human rights law, and constitutes an attack on journalism, freedom of expression and gives rise to state responsibility. Al-Haq’s initial field investigation indicates that the murder of Shireen amounts to willful killing, a war crime under article 8 of the Rome Statute of the International Criminal Court (ICC), and an arbitrary deprivation of her right to life under article 6 of the International Covenant on Civil and Political Rights.

Israel’s settler-colonial and apartheid regime crimes continue to take place against the Palestinian people, with full impunity and without concrete measures to hold Israeli authorities accountable. Since the beginning of 2022, the IOF have killed 49 Palestinians in the West Bank and Gaza. Israel’s targeting of journalists has been a systematic policy to silence Palestinian voices. In April 2022, a number of International organizations and legal groups joined by the Palestinian Journalists’ Syndicate submitted a formal complaint to the ICC, detailing the systematic targeting of Palestinian journalists on behalf of four Palestinian journalists killed or maimed by Israeli snipers while covering demonstrations in Gaza.

Al-Haq calls on the international community to take immediate measures to hold Israel accountable for its crimes against the Palestinian people and end its long-enjoyed impunity. In particular, Al-Haq urges the ICC Office of the Prosecutor to expedite the investigation into the Situation in the State of Palestine, and include the killing of Shireen Abu Aqleh in the investigation, as well as take concrete measures to identify perpetrators and issue arrest warrants against those responsible. It is time to serve Palestinians their long-awaited justice. Third States must carry out their obligations under international law respecting the Palestinian people, cease the application of, double standards when dealing with the Palestinian people, address the root causes of their prolonged struggle, and dismantle Israel’s settler-colonial and apartheid regime to enable the Palestinian people’s realization of their right to self-determination.

Shireen has covered the news of the Palestinian people for over 25 years. She became an iconic journalist for her coverage of Israeli atrocities against Palestinians during the second intifada and the military invasion of Palestinian cities that followed. Her work is engraved in the collective memory of every Palestinian. We extend our deepest condolences to the family of Shireen, her colleagues at Al-Jazeera offices and all Palestinians.

We provide this press release on behalf of Al Haq. Al-Haq is an independent Palestinian non-governmental human rights organisation based in Ramallah, West Bank. Established in 1979 to protect and promote human rights and the rule of law in the Occupied Palestinian Territory (OPT), the organisation has special consultative status with the United Nations Economic and Social Council.