Release: Israel has deported Palestinian lawyer to France, a move that constitutes a war crime 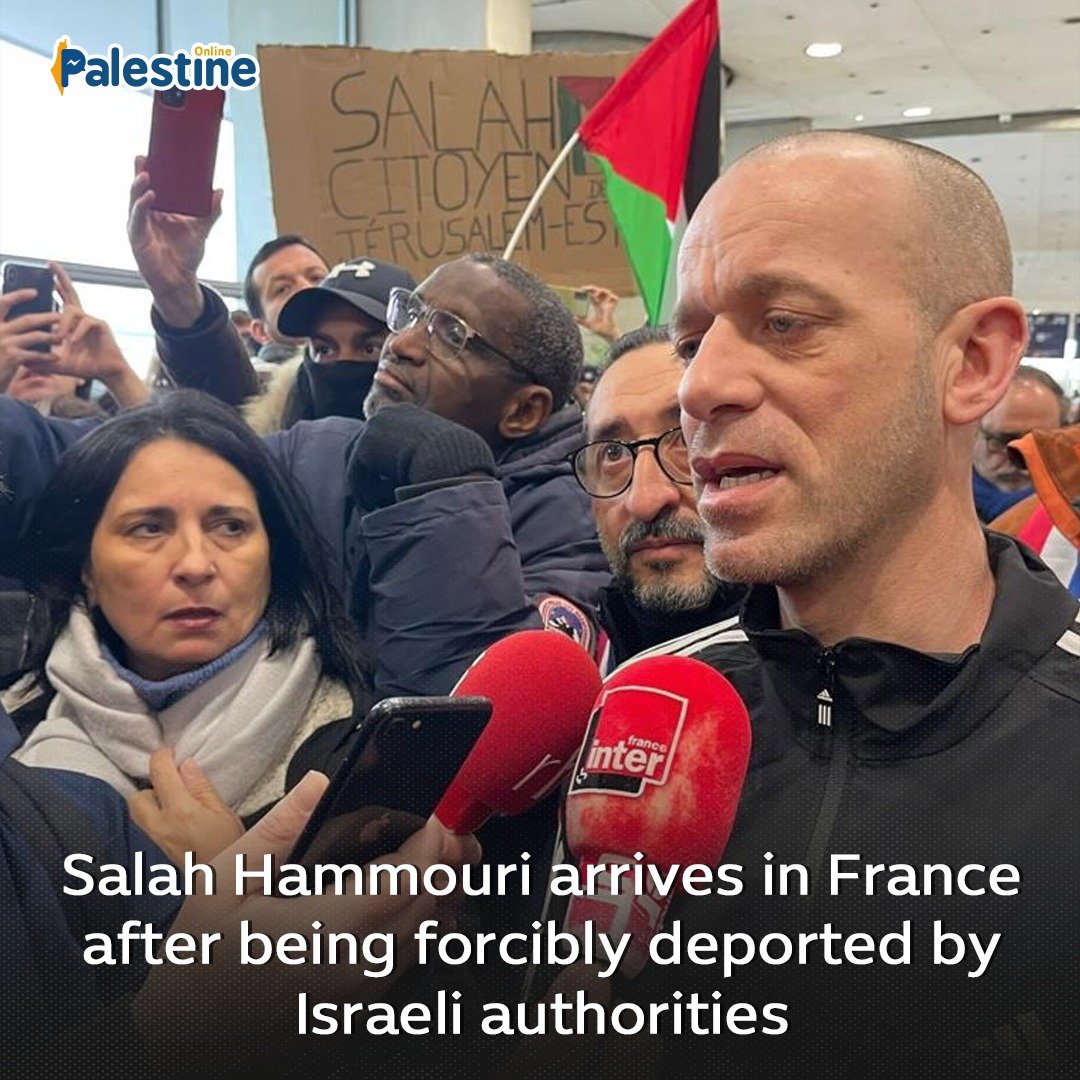 Israel has deported Palestinian lawyer to France, a move that constitutes a war crime

Today, Sunday, 18 December, the Israeli settler-colonial authorities are unlawfully deporting French-Palestinian lawyer and human rights defender Salah Hammouri from his hometown, Jerusalem, to France for “breach of allegiance” to the occupying state. Such a move constitutes a war crime under international humanitarian law of forcible deportation of a civilian from occupied territories. It stands as a horrifying escalation in Israel’s systematic practices of ethnically cleansing Palestinians from illegally annexed and occupied Jerusalem (al-Quds).

Despite decades of harassment, Salah has never surrendered his dignity and his basic demand to remain in his beloved hometown. His tenacity and love for al-Quds represents the unwavering Palestinian connection to the city in the face decades of the most brutal policies against its residents.

In his own words from Hadarim prison, Salah Hammouri emphasized that “Wherever a Palestinian goes, he takes with him these principles and the cause of his people: his homeland carried with him to wherever he ends up.” Despite the heartbreak of exile that Israel is imposing on Salah, it has lost morally, and has only reinforced his attachment to his homeland and strengthened the will and determination of millions of others to remain.

Salah’s forcible deportation is only the latest stage in Israel’s long standing judicial and administrative harassment of him, his family and his crucial human rights work advocating for Palestinian political prisoners. He has been made a prime target of Israel’s policies of intimidation and silencing of those who challenge its regime of institutionalized racial domination and oppression. This has included repeated arbitrary arrests and detention (often without charge or trial), physical violence, separation from his family (including the deportation of his wife a few years ago), spyware attacks and surveillance, and most recently, the stripping of his permanent residency rights in Jerusalem under “breach of allegiance.”

The decision is yet further evidence of the Apartheid nature of the Israeli regime. Salah has sought remedies at every level of the Israeli political and legal system but has been met only by racist policies that operate with the pretense of the rule of law but that exist in reality to maintain Israeli racial domination over Palestinians. Israel’s emboldened Apartheid regime is increasingly brazen in its racism and is now on the cusp of inaugurating the most fascistic government in its history.

Israel’s expulsion of him is a dangerous precedent for all Palestinians in Jerusalem. Hence, on 16 May 2022, the Center for Constitutional Rights and the International Federation for Human Rights (FIDH) submitted communications to the Office of the Prosecutor (OTP) of the International Criminal Court (ICC) on behalf of Salah Hammouri, which details years of persecution and new tactics to forcibly transfer Palestinians from occupied Jerusalem in the context of the ongoing investigation into the Situation in the State of Palestine.

This expulsion, and Israel’s wider apartheid policies, are possible due to the complicity of states and companies that provide the regime with political, economic and military support despite its ongoing breaches of international law. This is evident in France’s failure to use any of the leverage at its disposal in order to prevent the war crime of forced deportation and ongoing abuse of one of its own citizens.

Salah will soon be reunited with his wife and children from whom he has been cruelly separated for some time.

Like the millions of other Palestinians now in exile, Salah will struggle for his right to return to his homeland.

Salah has arrived in France

Share with All people present in Qatar ask them to: