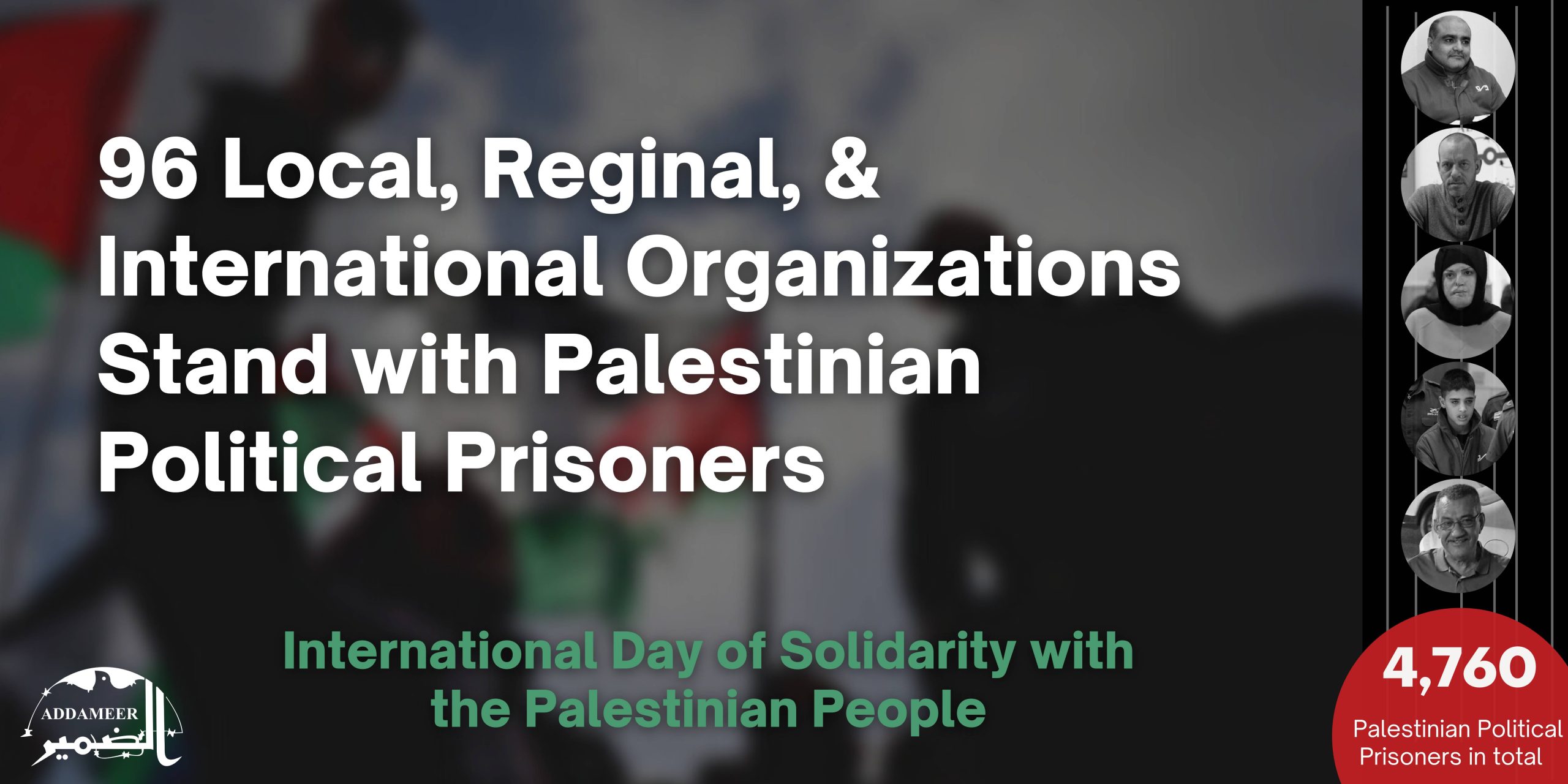 Just Peace Advocates joins with Addameer and close to 100 organizations in signing this statement of solidarity.

This International Day of Solidarity with the Palestinian People, Addameer calls on the international community to demonstrate support for Palestinian political prisoners, both directly with the actions of the Palestinian Prisoner Movement, as well as through demanding an end to the Israeli occupation authorities’ arbitrary policies and practices of deprivation of liberty; administrative detention, inhumane prison conditions and a crackdown on civil society activism, all of which serve to construct and maintain the Israeli apartheid regime.

As recent Israeli elections recorded a swing to the far-right and the targeting of activists and peaceful protesters has vastly increased, the conditions for Palestinian prisoners mirror those on the ground. Currently, 4760 Palestinian political prisoners are held in Israeli occupation prisons, including 160 children and 33 women. Of that number, 820 are administrative detainees, held without charge or trial based on undisclosed “secret information,” four of whom are children and three are women.

Addameer Submits Testimony during the Commission of Inquiry on the oPt and Israel’s Public Hearings. Listen to Addameer’s public testimony