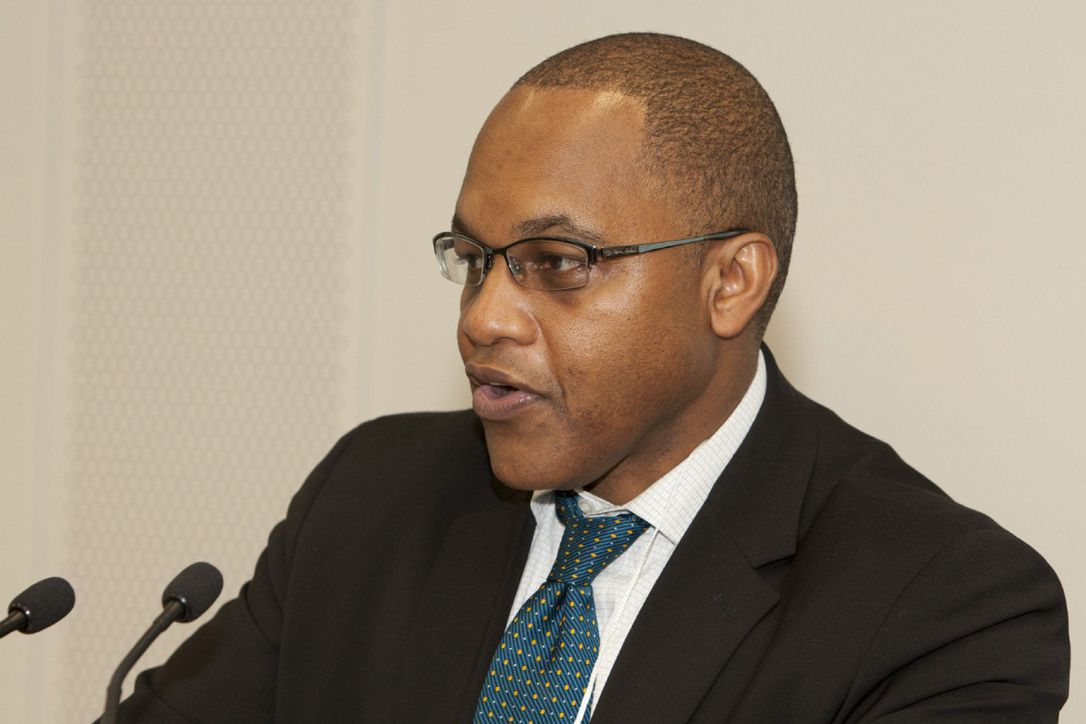 We are pleased to provide the attached submission to the Independent Ontario Police Oversight Review.  We thank you for your extension so we could provide this input.

We strongly recommend that the Oversight Review consider the context of the militarization of police in the province; in particular, the use of Israeli training, tactics and technology, and what this means to the oversight of policing in Ontario.  We also ask that the status of the Jewish Defence League’s (JDL) operation in Ontario be considered, given its frequent incitement of hatred and racism and the JDL is banned in other jurisdictions including Israel.

We would be pleased to provide more information or have further dialogue either through the Review process or during the implementation phase of Review recommendations.

(on behalf of the group of  signatories)

The letter indicated we awere pleased that this independent oversight review is underway, and that it included the Special Investigations Unit (SIU), Office of the Independent Police Review Director (OIPRD) and the Ontario Civilian Police Commission (OCPC) organizations.

The letter sent to the Honourable Justice Michael H.Tulloch to be included in the Ontario Independent Police Oversight Review indicated that:

Members of our organizations have participated in several of the consultations you have been holding over the last couple of months. We have also reviewed the videos you have posted of the other consultations we were not able to attend. Thus, we are pleased to provide the following submission for your consideration as part of the Review.

On the basis of the Order-in-Council establishing this Review, we understand this Review is considering the following bodies:

We understand that the purpose of your Independent Oversight Review is to:

1. Enhance the transparency and accountability of the police oversight bodies, while preserving fundamental rights;

2. Ensure the police oversight bodies are effective and have clear mandates; and

3. Reduce overlap and inefficiencies between these bodies.

The focus of our comments is regarding the first purpose, which is focused on improving transparency and accountability of police oversight. In particular, in regard to leadership and policy associated with systemic concerns in regards to the militarization of police, and the resulting immunity from accountability.

Beyond these, we bring forward grave concerns about the systemic culture of the province of Ontario’s police; regarding the training that results in the militarization of the province’s police services.

Jeff Halper, in his book War Against the People, provides an understanding of how the unconscious war of surveillance and white-washed terror is supported by high-tech military technology that includes hidden camera systems, sophisticated sensors, information data bases on civilian activity, and automated targeting systems such as unmanned drones, first used by Israel against a captive Palestinian population. Halper explains how police, civil law enforcement, and security systems come together, resulting in a para-militarization of security forces. This includes militarization of the police, including high intensity policing. This, Halper suggests, results in a blurring of the judicial and operational separation between policing, intelligence and the military.[i]

Based on the 2008 Canada-Israel Declaration of Intent[iv], Canada and Israel will:

The intent of this 2008 agreement was to share knowledge, experience, expertise, information, research, and best practices, as well as facilitate technical exchange cooperation, including education, training, and exercises. A March 23, 2008 press release from the government of Canada indicated that “the declaration seeks to establish a more structured framework for the continued cooperation on public safety issues between Canada and Israel.”[v]

The Declaration provides an extremely broad term of reference. This includes issues of immigration and ethnic profiling, the management of borders, intelligence and the exchange of information, emergency preparedness, correctional services, prisons, law enforcement and counter-terrorism.[vi]

In 2011, the Canadian Department of National Defence and the Israeli Ministry of Defence signed the Principal Memorandum of Understanding (PMOU) increasing defence and military cooperation. This included increased cooperative arrangements.

Thus, with these agreements, Israel is exporting its “specialized policing and fighting capacity.” [vii] This intertwined relationship of Israel’s police and military with Canada, the USA and other states, “is proving politically valuable to Israel by helping to shape international norms on policing more like its own” with “Israeli methods sought out and adopted for their perceived quality, largely led by the government’s marketing of them.”[viii]

It is of great concern that these relationships are established between agencies of order (i.e. drug enforcement, civil policing, customs officials, tactical police units and others) and happens completely outside of the democratic process.[ix]  In particular, “the Canadian parliament neither proposed nor endorsed the Declaration of Intent Between the Department of Public Safety and Emergency Preparedness of Canada and the Ministry of Public Security of the Government of the State of Israel.”[x]  Thus, agencies of authority have gone ahead with these “processes of professionalization and integration with a foreign counterpart.”[xi] It is therefore disturbing that a technocratic body can have such a strong impact on the populace without public knowledge or participation[xii]

Peter Andreas and Ethan Nadelmann state in their book, Policing the Globe: Criminalization and Crime Control in International Relations, that “law enforcement agencies play an especially pivotal role in shaping a transnational police community and thickening intergovernmental law enforcement networks.” This occurs through “providing or advocating for technical assistance and training for many foreign police officers.”[xiii]  As they argue, the efforts at “professionalization are driven by the technocrats themselves, most often sanctioned by the governing authority, and it is this perceived technical neutrality that gives the efforts credibility.”[xiv]

In Ontario, we look back to pre CIFTA-2008, when in 2005, Julian Fantino, the new Commissioner of Ontario Emergency Management, along with Minister of Community Safety Monte Kwinter, 35 Ontario police chiefs, various bureaucrats, politicians and heads of Jewish organizations, went on the foray called the Ontario Police Mission to Israel. Chief of the Toronto Police Department William Blair participated in this mission, which was sponsored by the Canadian Jewish Congress, the Ontario Association of Chiefs of Police, El Al Air and the Israeli government.[xv] While not military training, Israeli police are heavily weaponized and have served in the military, and thus the police training reflects the militarization of Israeli society.

Toronto Police Chief Blair later participated in the JINSA (The Jewish Institute for National Security Affairs) Israel Program for Law Enforcement Executives called the Law Enforcement Exchange Program (LEEP). LEEP was created, according to the JINSA website, “in cooperation with the Israel National Police, the Israel Ministry of Internal Security, and the Israel Security Agency (Shin Bet) to support and strengthen American law enforcement counter terrorism practices” and was the brainchild of former FBI Assistant Director and Chief of Counter-Terrorism Steve Pomerantz, in his capacity as Director for Counter-Terrorism Programs for JINSA. JINSA was founded to ”advocate on behalf of a strong U.S. military, a robust national security policy, and a strong U.S. security relationship with Israel” and to “provide leadership and affect policy on crucial issues of national security and foreign policy.”

While we have not had a time to conduct a thorough review of Israeli-Ontario connections to policing, trade shows, purchases of equipment and services, and other relationships, these are quite evident in the examples provided.

The Friends of Simon Wiesenthal Center (FSWC) each year invites police leaders to Israel, Germany and Poland.  At this point, FSWC indicates that more than 150 Chiefs of Police, educators, mayors, provincial and federal parliamentarians, philanthropists, and leaders have participated in this trip to Poland, Germany, and Israel.[xvi] Several Israeli-based police training organizations have been established in Ontario.

What we are learning and getting from Israel has and continues to be achieved through repression and experimentation on Palestinians. This includes the testing of new weapons and different materials and methods used over the decades on defenseless people, making it also immoral for us to buy into these tactics, technology, culture and training.

It is worrying when tactics and technology used by Israeli police and military forces becomes a part of Ontario and Canadian policing. We would look to this Review to address the systemic nature of leadership, training and policy that adopts these same tactics and technology as well as the impunity granted to policing along with the lack of transparency and accountability.

We also bring to your attention our concerns related to the resurfacing of the extremist Jewish organization, the Jewish Defense League (JDL), around 2008 in Canada[xvii], and its continuance. While the JDL in Canada claims that they are separate from all other JDLs, particularly the American one—which was listed as a “violent extremist Jewish organization” and a “right wing terrorist group” by the FBI— on JDL leader Meir Weinstein’s Facebook page[xviii], he referred to both the American JDL and the Canadian JDL as “the JDL;” and wrote that “We are building a strong JDL.” This blurs any distinction between the JDL in the US and the JDL in Canada. Weinstein and Israel lobby groups in Canada claim that the Canadian and American JDLs are entirely separate, perhaps to protect the JDL in Canada from being listed as a terrorist group. But Weinstein’s conflation of the JDL in Canada and in the US on his Facebook page demonstrates that they are both regarded – even by JDL Canada’s leader – as effectively the same group. Why have the Toronto and other GTA police services, and/or the Ontario Provincial Police, not taken steps towards outlawing this group? Weinstein also continues to praise Meir Kahane (a renowned fascist), who is considered by Canada, the US and Israel as a terrorist who founded a terrorist organization (Kahane Chai), and its sister organization the JDL.[xix]

We ask that this Review enshrine processes that address the extremist JDL organization because of frequent incitement to racism and hatred. We ask the question why can the JDL continue to operate with impunity here in Canada even as they are banned in other states, including Israel?

We strongly recommend that the Honourable Justice Tulloch and his Review team consider the context of militarization of police; in particular, the use of Israeli training, tactics and technology, and what this means to the oversight of policing in Ontario.

We sign this as individuals, but should there be opportunity for further discussion and input either as part of the Review or following the Review, we would hope to provide more information from organizations concerned about the militarization of police and the impact that this is having on police oversight as well as policing in the Province.

Original letter was provided to the POR with signatories.

The Tulloch review can be seen here

Palestine Solidarity and the Boycott Movement: An Inter-Generational Dialogue

A moderated, dynamic and inter-generational discussion of the history, current challenges and prospects for the Palestine solidarity movement in... read more

Just Peace Advocates is one of 65 organizations that has signed a joint oral intervention to the UN Human... read more

More than 130 groups signed an open letter to Prime Minister Trudeau and members of his cabinet, raising concerns... read more