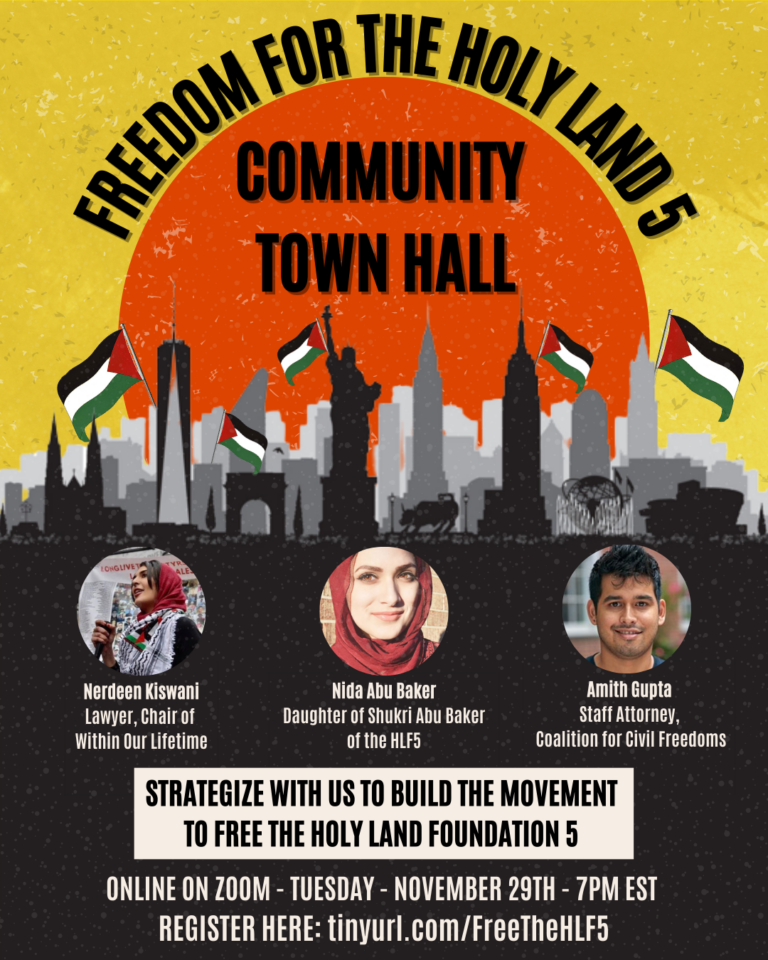 Just Peace Advocates joins with Within Our Lifetime, United for Palestine (WOL), Coalition for Civil Freedoms (CCF), Samidoun Palestinian Political Prisoner Solidarity Network and other organizations in supporting The Campaign to Free the Holy Land Foundation 5

Click HERE to Register for the Upcoming Community Town Hall to #FreeTheHLF5 this Tuesday, November 29, 2022 at 7:00pm EST

The Holy Land 5 are five Palestinian men who were active leaders in the Holy Land Foundation. The Foundation was based in Texas and was once the largest Islamic charity in the U.S. before it was targeted by the Bush administration and zionist forces as part of the racist “War on Terror” and shut down in December 2001, leading to the wrongful conviction and imprisonment of five Palestinian men. Three of them, Mufid Abdulqader, Ghassan Elashi, and Shukri Abu Baker remain imprisoned today. The two others, Abdulrahman Odeh and Mohammed El-Mezain, sentenced to 15 years each, were released in 2020 and 2022 respectively.