The Toronto District School Board turned down integrity commissioner’s report 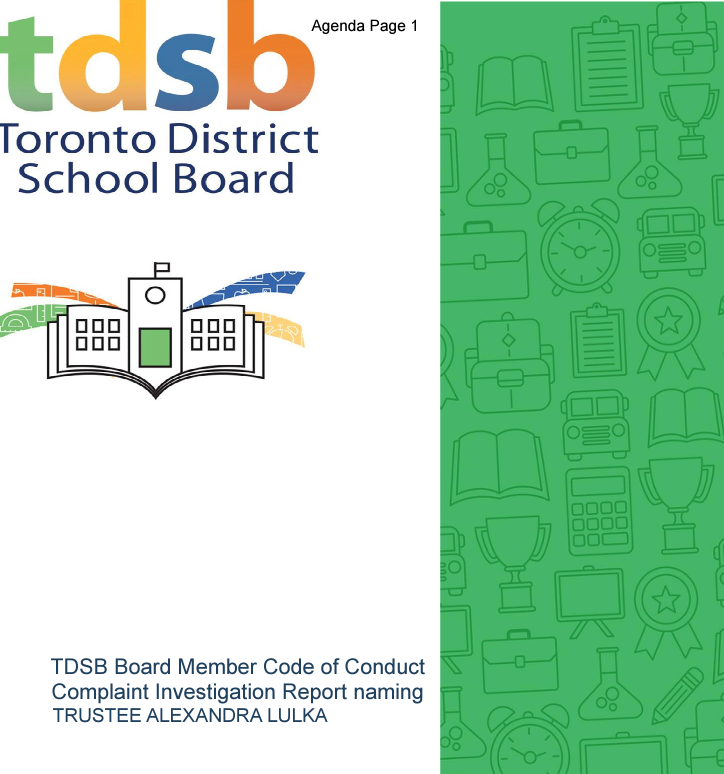 Over 2300 people sent letters to the TDSB executive and board in the hours before the Dec. 8 meeting urging the board to accept the recommendations of their integrity commissioner. They failed to do so. Stay tuned for next steps in early 2022.

In early December, the Toronto District School Board Office of the Integrity Commissioner published a report following an independent investigation into social media comments by Trustee Alexandra Lulka. Their findings raise a number of serious concerns about anti-Palestinian racism and Islamophobia.

On Wednesday, December 8th, 2021, the trustees will vote on whether to censure Trustee Lulka as recommended by the Integrity Commissioner.

The Independent Investigator concluded that the Respondent’s (Trustee Lulka Rotman) Twitter Statement fundamentally mischaracterized materials which were intended to, and do for the most part: (1) center the voices of marginalized Palestinians (particularly those of Palestinian children) as well as Muslims more broadly, and (2) assist educators in understanding and discussing the Palestinian struggle for self-determination and human rights in a manner that provides thoughtful guidance on how one might critique the Israeli government and army without perpetuating anti-Semitism.

Those in Toronto, call your local trustee to voice your concerns about the findings of this investigation.

Over 2300 people wrote letters during the afternoon of December 8th.

TDSB trustees can be found at: https://www.tdsb.on.ca/Leadership/Trustees

The Integrity Commissioner’s use of an independent reviewer, and their decision, is important in making it a  safer place for TDSB’s Palestinian and Muslim communities and their allies. This is important work in the service of anti-racism, respect for diversity, and justice for all. Ask the TDSB Trustees to accept the recommendations of the Integrity Commissioner’s independent review.

UPDATE: the Toronto District turned down their Integrity Commissioner’s recommendation.

Stay tuned for next steps in early 2022.