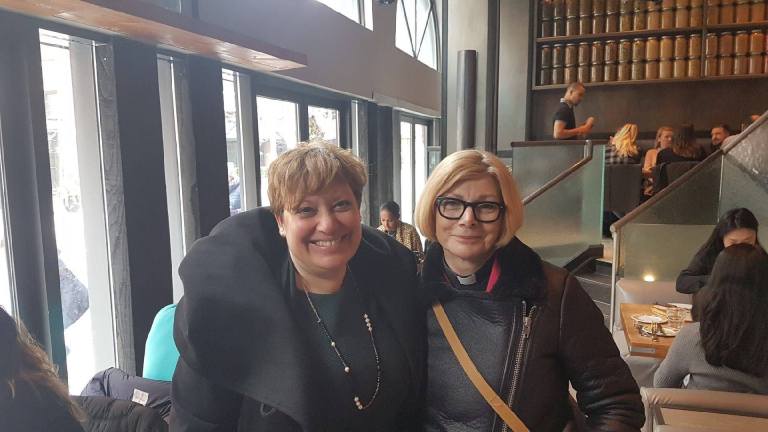 Rev. Dr. John Young on behalf of the United Church of Canada has provided a response to 100+ people who urged the United Church to renounce its agreement with B’nai Brith along with any other explicit or implicit agreements with the pro-Israeli lobby.

In his response, Rev. Dr. Young indicates that the 1973 agreement was just to address a legal situation between the church and B’nai Brith. This revisionist history ignores the detailed media reports the weeks following the signing, as well as the reams of documents in the church’s own archives.

The pro-Israeli lobby was clear that the 1973 agreement was about both the shutting down of Rev. Dr. Forrest and gaining the United Church’s assurance that the 1972 Saskatoon resolution would not be implemented. A benefit for the United Church of signing of course was B’nai Brith withdrawing its law suits.

In his response, Rev. Dr. Young indicates that indeed since 1977, the decisions regarding Palestine that had been approved by General Council in fact were shared for  consultation with the pro-Israel lobby as part of policy development.

This is especially concerning given that the grassroots of the church brings policy from the congregations, presbyteries and conferences to be decided on by the General Council which composed of several hundred elected representatives drawn from across the church.

However, it seems from Young’s response, that the policy development continues after the approval by General Council with a final consultation with the pro-Israel lobby. Requests for this written policy have been ignored in the past, but Young does admit that in fact a set of guidelines was put in place in 2002.

Young confirms that the pro-Israeli lobby was proactively consulted before implementation of policy but says there was not explicit agreement for a pro Israel lobby veto.

This “consultation” occurred also in regard to motions that went onto the floor of General Council, as was readily mentioned by United Church staffer Bruce Gregersen in 2012. In this case, Gregersen was told by the pro-Israel lobby they were okay with ther resolution, the night before the General Council was to vote on it, but then criticized the motion, to Gregersen’s suprise, after the vote.

Rev. Dr. Young indicated he was responding for the Moderator, General Secretary and others copied on the letter.

In response to the Rev. Dr. Young and the United Church of Canada the question seems to be:

If the church does not have a relationship with the pro-Israel lobby at the present time, then why would the church not  renounce any actual or implied cooperation through the last half century through its 1973 agreement with B’nai Brith and its relationship through the Canadian Christian Jewish Dialogue, as well as directly through guidelines it had in place for working with the Canadian Jewish Congress?

If responding to Rev. Dr. Young you might also remind him that while he indicates the church listens to the calls from Christians in Palestine, that the current response from the church is counter to these requests.

The United Church continues to insist that Israel has a right to exist as a Jewish state, putting this above the right of the people of Palestine to exist with equal rights. The church supports right of return as long as it does not have an impact on the Jewish demographic integrity of Israel.

While Rev. Dr. Young indicates the United Church leads the way in its leadership regarding Israel-Palestine in Canada and around the world, the stated policy of the United Church, which does not necessarily reflect the policy approved by its General Council, does not show that leadership.

This is the email sent urging the church to renounce its agreements with the pro-Israel lobby.

This is the response from Rev. Dr. Young on behalf of the United Church of Canada.