Two Parliamentary Petitions presented on Palestine by Liberal MPs, #StandWithTheSix # and No Way To Treat a Child 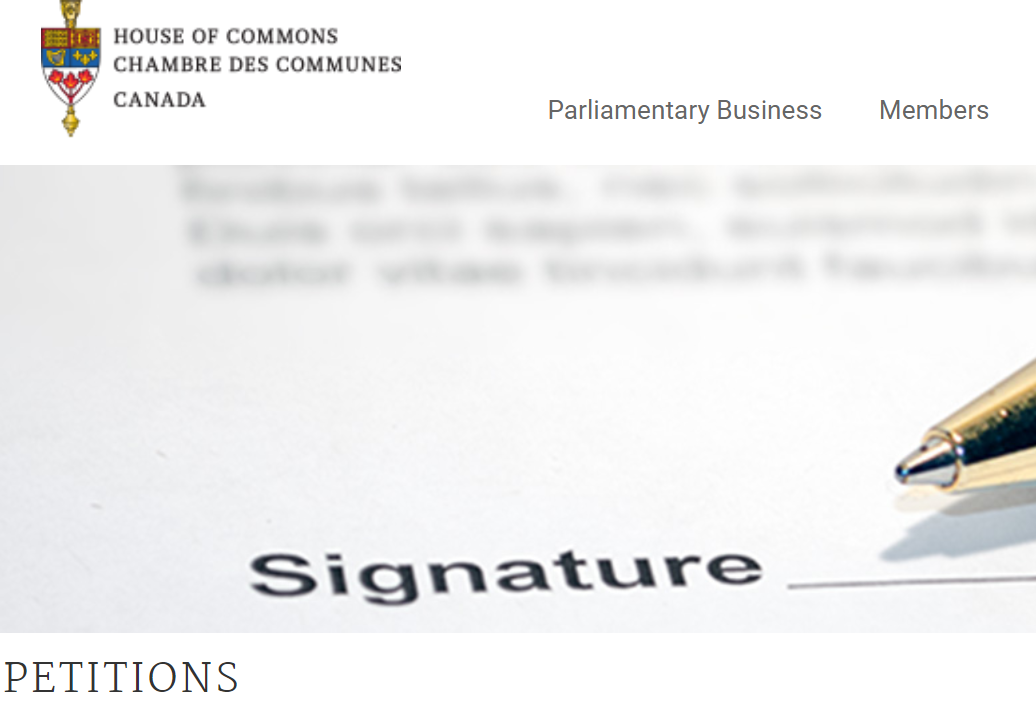 Two Parliamentary Petitions have been presented in the last week. The Canadian government has 45 days to respond.

We, the undersigned, residents of Canada, call upon the Government of Canada to:

1. Call upon the Israeli authorities to immediately rescind the designations and end all efforts aimed at delegitimizing and criminalizing Palestinian human rights defenders;

3. Honour its obligation to ensure Israel’s compliance with international law.

Mr. Speaker, I have two petitions to table today.

First, over 1,500 Canadians have signed a petition raising concerns about Israel’s designation of six leading Palestinian civil society organizations as terrorist organizations. They note the concerns raised by the UN special rapporteurs condemning the designation, and they call on the Government of Canada to call upon Israeli authorities to immediately rescind the designations and to end all efforts aimed at delegitimizing and criminalizing Palestinian human rights defenders.

We, the undersigned, residents of Canada, call upon the Government of Canada to call for an urgent study by the Subcommittee on International Human Rights of the Standing Committee on Foreign Affairs and International Development to review Israel’s treatment of children in Israeli occupied Palestine and compliance with its obligations under the UN Convention on the Rights of the Child.

Almost 2,000 signed this petition, in addition to almost 5,000 signed earlier petition with the same wording which was abandoned by the Government when the writ was dropped to call the 2021 fall federal election.