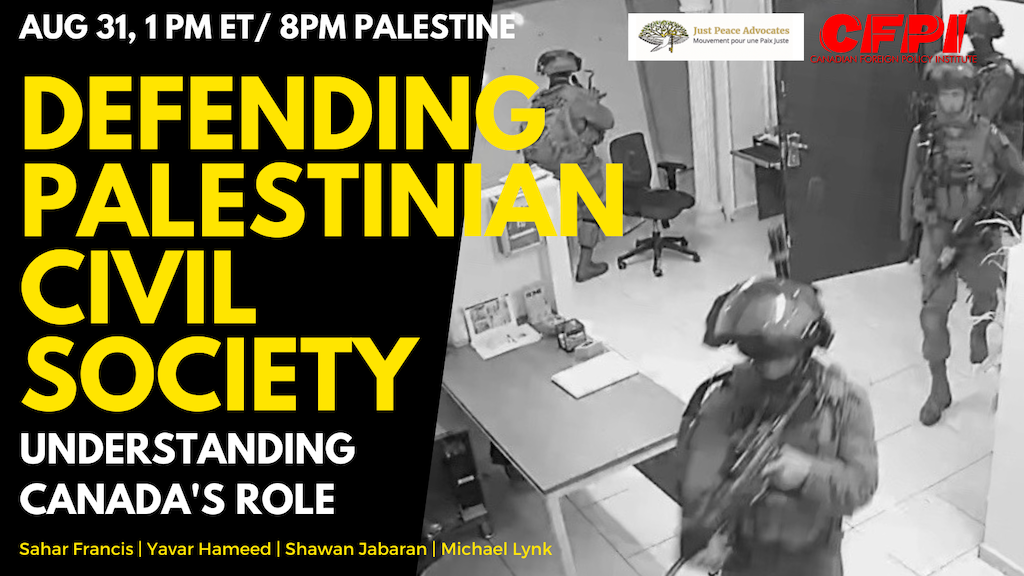 zoom registration for the event

Join legal and policy experts from prominent Palestinian human rights organizations to learn about the threat by Israel to terminate their work and silence others. They will be joined by Michael Lynk and Yavar Hameed who will speak about how Canada has enabled the Israeli war on Palestinian Civil Society and how Canadian civil society can respond.

Background:
In the early morning hours of August 18, the Israeli military raided the offices of seven prominent Palestinian civil society organizations, destroying property, seizing files and office equipment, and welding the entrances to the offices shut. Since then, the Israeli Security Agency, the Shin Bet, has interrogated or called in for questioning representatives of the organizations who have refused to abide the closure of their offices.

A year ago the Israeli Knesset passed legislation designating six of these organizations as “terrorist organizations” and the Israeli military issued regulations determining them to be “unlawful associations.”

Ottawa has refused to condemn Israel’s actions. Canada continues to say it is waiting for information from Israel.