Last month Canada’s top diplomat in Ramallah claimed that “we neither arm nor fund Israel.”

Following this, Abunimah and others provided evidence of Canada arming and funding Israel, from direct weapons sales to components of US deliveries to subsidizing charitable donations.

A webinar was held on January 4, 2022 with Ali Abunimah, Karen Rodman, Yves Engler and Jonathan Kuttab to hear about the ways Canada arms and funds Israel. It was moderated by Bianca Mugyenyi.

The webinar was organized by the Canadian Foreign Policy Institute. Co-sponsored by Just Peace Advocates.

Article in the Electronic Intifada by Ali Abunimah January 6, 2022, Yes Canada Does Arm and Fund Israel.”

Along with the usual trend each December of Canada voting with Israel, the USA and a couple of small countries beholden to the US, opposing most pro-Palestinian resolutions at the United Nations, it has also been an embarrassing time for the Canadian government with its Foreign Affairs minister and its two top diplomats in Ramallah and Tel Aviv all making anti-Palestinian comments.

Over 4200 letters have been sent. Send your letter exposing this anti-Palestinian racism.

Over 1,000 letters were written before the 2021 fall election and about 3500 after the election. Now we are in 2022 let’s keep the momentum going with the third round of letters.

Let them know that you call on them to:

More than 70 organizations have joined the call

Response from the federal government confirming Israeli Aerospace Industries is part of one of the two proposals in the running. 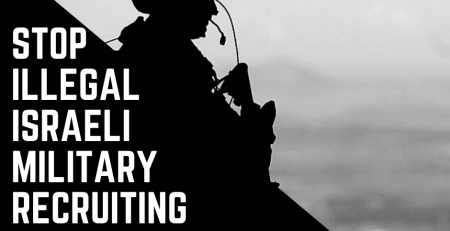 Take one minute to write to RCMP Commissioner Brenda Lucki to remind her it is over a year since information was provided... read more