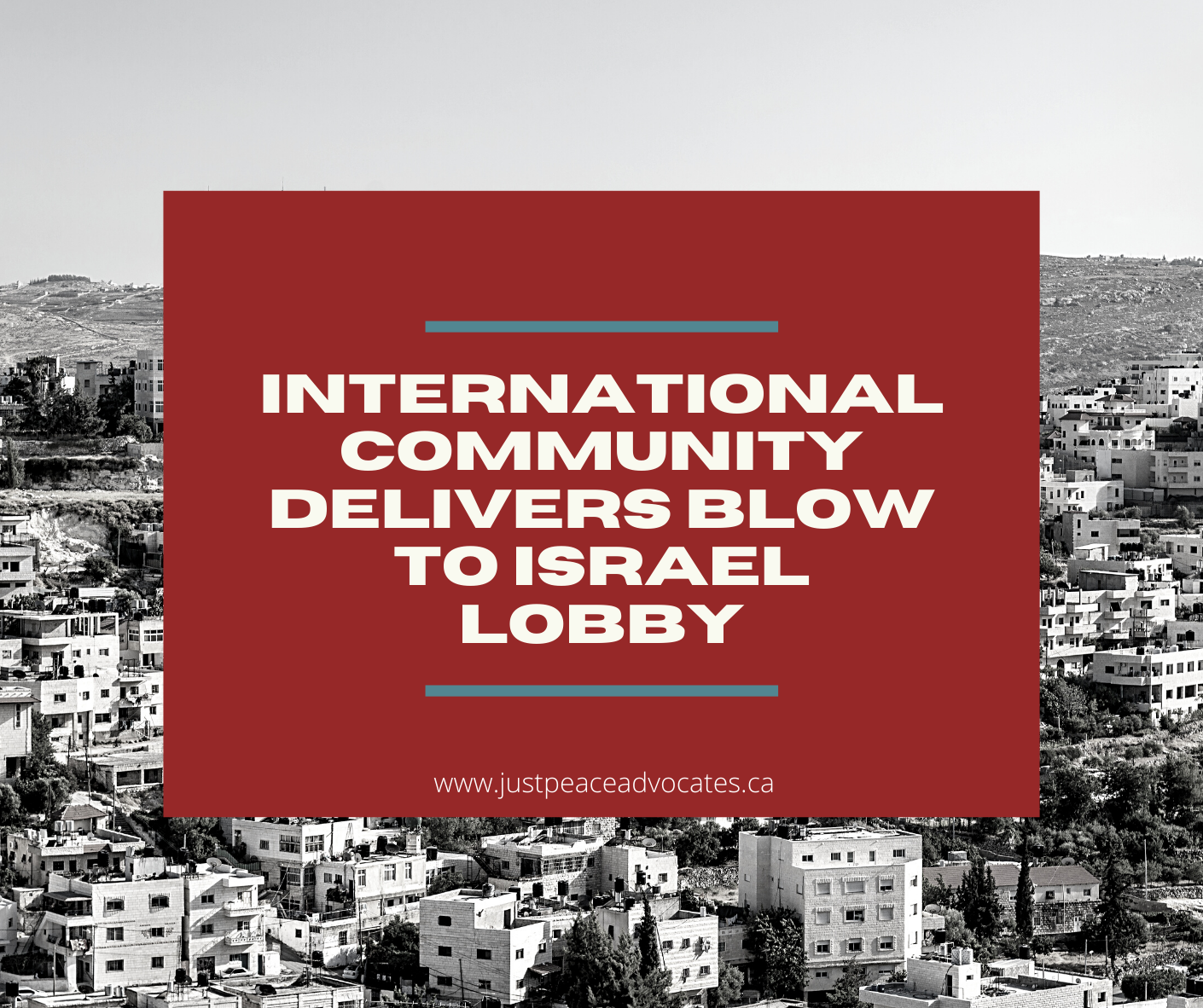 “The Trudeau government’s anti-Palestinian voting record at the UN undoubtedly contributed to its failure to gain a seat on the Security Council,” said Karen Rodman. “Those who support Palestinian rights should rejoice.”

“The Liberals have voted against dozens of UN resolutions defending Palestinian rights, threatened to cut funding to the International Criminal Court for investigating Israeli crimes, protected Israeli settlement wine producers, celebrated Canadians who fight in the Israeli military and slandered the pro-Palestinian movement”, explained Rodman. “Chrystia Freeland even told an Israeli audience Canada would act as an ‘asset for Israel’ if it won a seat on the UN’s most powerful decision-making body.”

Three weeks ago Just Peace Advocates released an Open Letter signed by over 100 civil society groups and dozens of prominent individuals urging countries to vote against Canada’s bid for a Security Council seat due to anti-Palestinian positions. The group also stimulated 1300 individuals to email all UN ambassadors asking them to vote for Ireland and Norway instead of Canada for the Security Council. In a sign of the campaign’s impact, Canada’s permanent representative to the UN Marc-André Blanchard responded with a letter to all UN ambassadors defending Canada’s policy on Palestinian rights.

“The Trudeau government has not only isolated Canada from international opinion regarding Palestinian rights at the UN, but its positions contravene the wishes of most Canadians regarding the long beleaguered Palestinians according to a recent Ekos poll”, explained Rodman.

“By rejecting Canada’s Security Council bid the international community also delivered a blow to the Israel lobby”, noted Rodman. “The Centre for Israel and Jewish Affairs and B’nai B’rith shouldn’t be determining Canada’s voting at the UN.”

Actions you can take