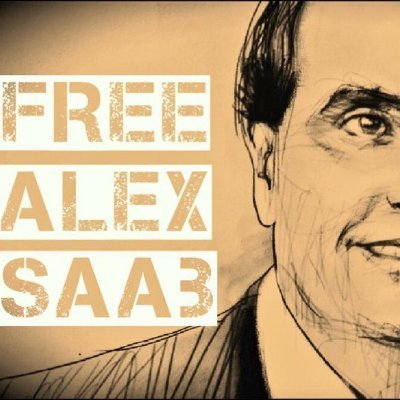 Individuals and organiztaions can support the call to the Canadian government HERE.

The case of Alex Saab raises dangerous precedents in terms of extraterritorial judicial abuse by the US in enforcing its unilateral coercive measures on Venezuela and other countries, comprising a third of humanity.

Forbes  indicated that the US is persecuting Saab because he is “the key that unlocks the Venezuelan monetary mystery—that is, how a country facing sanctions from the US, the UK and the European Union—is still able to export things like gold and oil…and really the only man who can actually explain how the country [Venezuela] survives today.”

The Kidnapping of Alex Saab

The Venezuelan diplomat Alex Saab had been imprisoned in Cabo Verde since June 2020, for attempting to buy humanitarian supplies in legal international trade but in violation of illegal US sanctions.

U.S. authorities ordered his arrest, with Alex Saab being pulled off a plane on June 12, 2020, during a refuelling stop in the Republic of Cabo Verde, an island nation off Africa’s West Coast.

During the imprisonment in Cabo Verde, Saab was kept in isolation, tortured, and denied medical treatment. Saab is battling cancer and urgently needs the care of his doctors in Venezuela.

The Clearing of the “Allegation”

The U.S. sanctioned Saab for his diplomatic role purchasing essential supplies for Venezuela and indicted him for building houses for the less well-off, calling his work “money laundering.”

In March 2021, however, after a three-year investigation, Swiss prosecutors found no evidence to support charges of money laundering and the case was dropped. This was after an exhaustive investigation by Swiss prosecutors of the US charge that Saab had used Swiss banks for “money laundering.” Still the US accuses Saab of “loot[ing] hundreds of millions of dollars from starving Venezuelans,” when this is precisely, admittedly, and purposely what the US blockade is doing.

The UN Human Rights Committee has explicitly demanded the release of Alex Saab.

The regional Economic Community of West Africa (ECOWAS) Court, which has legal jurisdiction over Cabo Verde, where Saab was imprisoned on under US orders, demanded the diplomat’s release and payment of compensation to him.

The Intent of the Extradition: Extraction of Sensitive Information

On October 16, 2021, the New York Times admitted: “If Mr. Saab were to cooperate with American officials, he could help untangle Mr. Maduro’s economic web.” In other words, the US has extradited Saab to use whatever means necessary to extract sensitive information from him. Saab already reports that his proxy captors in Cabo Verde had unsuccessfully employed torture to try to break his will and induce him to betray Venezuela.

Saab has never worked in nor lived in nor visited the United States for the past 30 years, nor was he involved in any transaction that included the U.S. Every aspect of Saab’s seizure and abusive treatment violates international law.

If the U.S. government can extradite Alex Saab, Washington could be emboldened to seize, charge and extradite anybody anywhere. This kidnapping is a chilling reminder of the notorious U.S. program launched in 2001 of secret renditions and disappearances of hundreds of people worldwide, some held for years without trial.

Cabo Verde is a member of the Economic Community of West African States (ECOWAS). The ECOWAS Court of Justice ordered Saab’s immediate release and termination of the extradition process on March 15, 2021, but pressured by the U.S., Cabo Verde failed to comply with the ECOWAS Court’s decision.

The delegation was received well by the African Bar Association with the Conference upholding the ECOWAS Court decision to free Alex Saab. However, only ten days later, Carbo Verde let the US extradite Saab to the USA.

During the last few months, over 16,000 people have signed a petition to President Biden calling him to NOT extradite Ambassador Saab. It is clear that civil society is concerned about this situation and had hoped for better by the Biden administration.

Sanctions as a Coercive Measure

Alex Saab’s case raises dangerous precedents in terms of extraterritorial judicial abuse by the US in enforcing its unilateral coercive measures on Venezuela as well as 38 other countries.

“We don’t deserve this – the impact and consequences of US Sanctions” report released in September 2021 addresses more broadly the unilateral coercive measures imposed on some three dozen countries – 15 of which are in Africa – comprising a third of humanity. Philpot, along with Rick Sterling and David Paul, authored the comprehensive report for the Sanctions Kill Coalition. A free PDF of the report is available online.

John Philpot says, “these critical cases can be won, as shown in the recent campaign release of Meng Wanzhou.” She had been illegally detained by Canada for more than 1000 days on an attempt to extradite her concerning a transaction between a Chinese bank and Iran, allegedly in violation of US sanctions on Iran. US judicial overreach can threaten diplomats and businesspersons worldwide if this tendency is not terminated.

The situation in Venezuela

Meanwhile, over 100,000 Venezuelans have perished due to lack of food and medicine. Apologists for the US blame the government of Nicolás Maduro. If in fact the Venezuela’s Bolivarian Revolution was so corrupt and inefficient, the US would have no need to violate international law by imposing unilateral coercive measures to achieve its policy of regime change.

UN Special Rapporteur on unilateral coercive measures and human rights, Alena Douhan, urged the US and its allies to drop sanctions imposed against Venezuela. Yet Biden, seamlessly following Trump and Obama before him, justify the illegal sanctions on the incredulous grounds that Venezuela poses an “extraordinary threat” to US national security.

The United Nations has repeatedly condemned the use of unilateral coercive measures as a violation of international law.

Canada has played a strong leadership role related to sanctions against Venezuela. In the Spring 2017, Trudeau called ex Peruvian president, Pedro Pablo Kuczynski, to “‎stress the need for dialogue and respect for the democratic rights of Venezuelan citizens, as enshrined in the charter of the Organization of American States and the Inter-American Democratic Charter.”

In August 2017, the Lima Group was established as a structure outside of the OAS mainly because the OAS members refused to back Washington and Ottawa’s bid to interfere in Venezuelan affairs, which they believed defied the OAS’ charter.

As Yves Engler notes, “Canada has been maybe the most active member of the coalition. Former Foreign Minister Chrystia Freeland participated in a half dozen Lima Group meetings and its second meeting was held in Toronto. That October 2017 meeting urged regional governments to take steps to ‘further isolate’ Venezuela.”

Sanctions related to Venezuela in Canada are enacted under the Special Economic Measures Act. The Canadian government says this was to “implement the decision of the Association formed between Canada and the United States of America on September 5, 2017. The Association called on its members to take economic measures against Venezuela and persons responsible for the current situation in Venezuela.”

In the summer 2021, the Canadian government instigated Lima Group was invalidated when Peru’s new Foreign Affairs Minister called the Lima Group the country’s “most disastrous” ever foreign policy initiative. Héctor Béjar said, “the Lima Group must be the most disastrous thing we have done in international politics in the history of Perú.”

Under the Vienna Convention, a credentialed diplomat such as Saab has absolute immunity from arrest, even in the time of war. Saab has also appealed to the US 11th Circuit Court on the basis of his diplomatic status. In response, Washington filed an application for an extension to reply in a legal delaying tactic to allow Saab’s extradition without recognizing his diplomatic immunity.

Washington extradited Alex Saab because he has been instrumental in circumventing the illegal blockade of a country targeted by the US for regime change.

You can read more about Saab’s case HERE. Check out video HERE.

You can read the report from the #FreeAlexSaab delegation to the African Bar Association HERE.

The Call: A Statement from organizations and individuals in Canada

We join in calling for the immediate release of Venezuelan diplomat Alex Saab by the USA.

Alex Saab is a lawfully appointed diplomat to the African Union. Arresting and holding a diplomat for any reason is a violation of international law.

We join with Canadian civil society in a call to Trudeau in his new mandate to not follow the dictates of USA foreign policy, and to condemn the kidnapping of Ambassador Saab, noting that is a violation of the Vienna Convention and violates international law.

Alex Saab was kidnapped, held and tortured under orders from the Trump administration. Now the President Biden has extradited Alex Saab to the USA. This is clearly a violation of international law.

Alex Saab has been held in complete isolation in Cabo Verde from June 2020 and is in a life-threatening crisis having been denied treatment for cancer. Beyond the international law violations and flagrant disregard for diplomatic immunity, Alex Saab must be immediately released on humanitarian grounds as well.

We call on Canada to demand that the USA Biden administration release Saab immediately to Venezuela to receive medical treatment.

The United Nations has repeatedly condemned the use of unilateral coercive measures as a violation of international law. Recognizing that unilateral coercive sanctions violate basic human rights and sanctions undermine peaceful relations and the sovereign equality of nations, we urge the Canadian government to: