CBC has changed the headline to say West Bank. 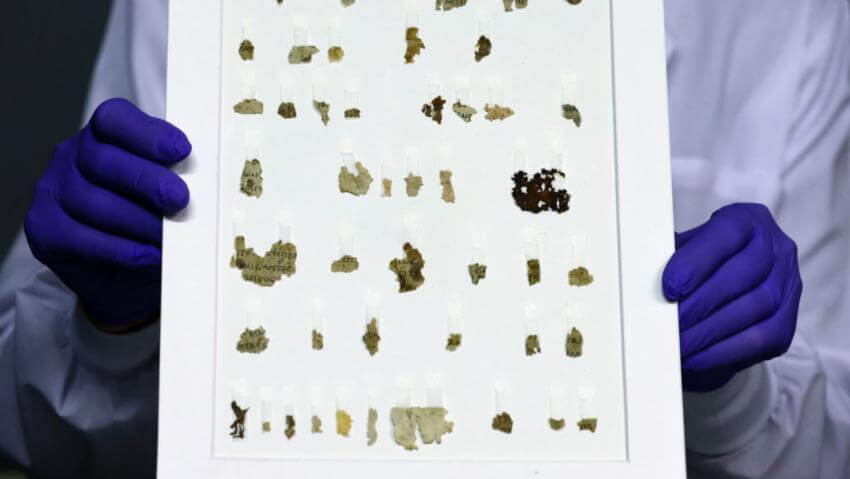 An article appeared on the CBC website on March 16th using an Associated Press Article, entitled New Dead Sea scrolls found in desert cave in Israel. Father Robert Assaly contacted the CBC, to point out this was “fake news” as the find was in the West Bank of Palestine, not Israel. The CBC has corrected title and sub-header, although not fully addressed concerns and of course sticking to its language standard, the CBC has not used the word Palestine.

The following correction was provided:

Father Assaly’s letter follows. He awaits for a response to the other concerns he has raised about the white washing related to the plunder of the artifacts. Also, Father Assaly raises concerns in regard to the comments for the article being disabled.

March 27th Update: the CBC has responded that it did further research and in fact the find was in Israel, and the article has mistakenly indicated in the text it was the West Bank.

I’m witness to the CBC’s ongoing pattern of denying the existence of Palestinians in their occupied homeland, and the oppression they face. The beat goes on.

We thank the CBC for making this correction and await responses to Father Assaly’s letter.

Please correct immediately the FAKE NEWS headline and story content: New Dead Sea scrolls found in desert cave in Israel. The find is in the West Bank, not in Israel, which illegally occupies the West Bank.

Moreover while your article acknowledges that plunder and removal of the artifacts from the West Bank is in violation of International Humanitarian Law, in the same paragraph you mention that the  Israel Antiquities Authority is undertaking this operation to protect from such plunder. The headline blurs the fact that The Israel Antiquities Authority has no right in law to be there, and moreover is the single primary plunderer of West Bank and Gaza artifacts under the protection of the occupying Israeli military forces– check out the Israel Museum in West Jerusalem!

Furthermore, my comment to this effect in the section below the article was disabled! It’s almost as if the content is overseen by the Embassy of Israel.

I’ve been an eyewitness to this pattern on the ground for the years I served in the Occupied West Bank.

And I’m witness to the CBC’s ongoing pattern of denying the existence of Palestinians in their occupied homeland, and the oppression they face. The beat goes on.

I encourage you to fix this article immediately.