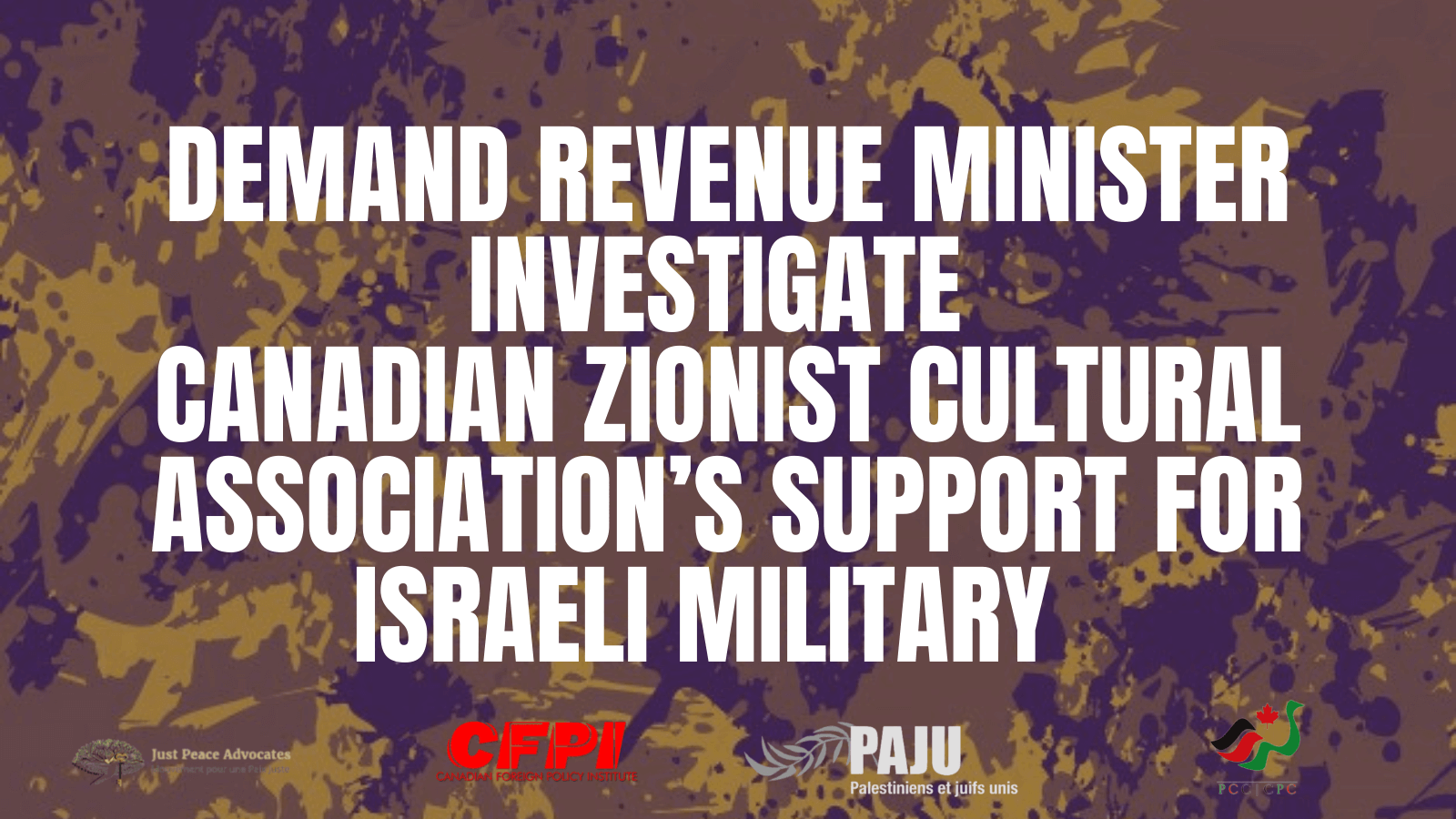 Take Action: Write letter to Minister of Revenue & to the CRA

A formal legal complaint was submitted to the Canada Revenue Agency today concerning the charitable status of the Canadian Zionist Cultural Association (CZCA). Canadian Palestinian refugee Khaled Mouammar and Independent Jewish Voices member Rabbi David Mivasair have asked the CRA to investigate whether the CZCA’s operations and activities comply with its regulations for registered charities and, if not, to revoke the group’s charitable status. New Democratic Party Critic for National Revenue Matthew Green is also asking the CRA to investigate the CZCA.

“We believe our complaint demonstrates that the Canadian Zionist Cultural Association is violating Canadian charity law”, explains Rabbi David Mivasair. “Canada Revenue Agency rules state clearly that supporting the armed forces of another country is not charitable, yet the Israel Defense Forces website explicitly named the Canadian Zionist Cultural Association as an organization “authorized to raise donations for the IDF”.

In 2019 the CZCA allocated over $1.7 million to YAHAD, which is run by a retired Israeli General and Colonel. YAHAD’s stated aim is “raising funds for IDF soldiers.”

In 2018 more than a quarter billion dollars was raised by registered Canadian charities for projects in Israel. It is suspected that tens of millions go to groups that back the Israeli military, racist organizations and West Bank settlements, which should all contravene Canadian charity law.

Al-Haq supports complaint to the CRA