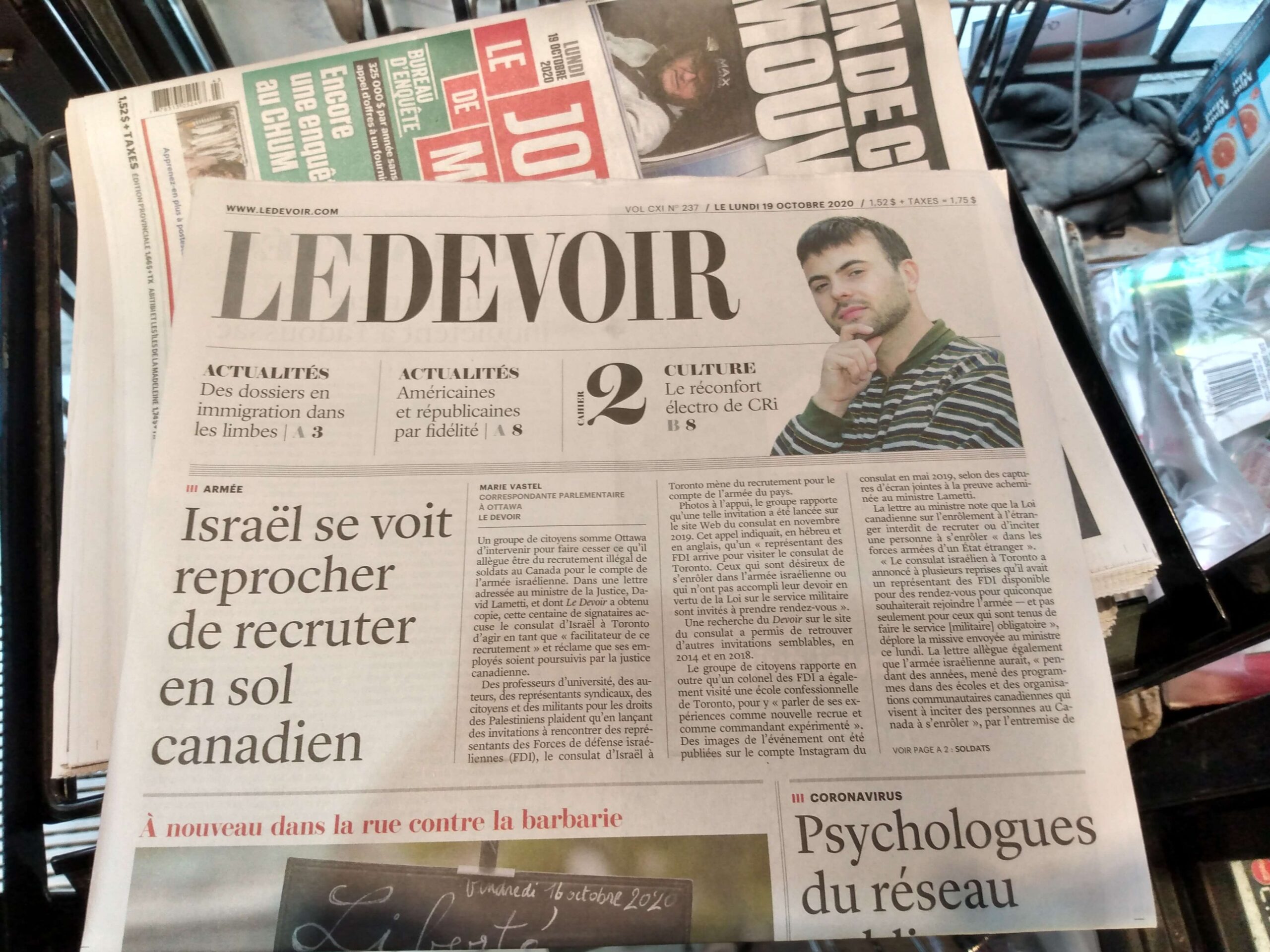 Le Devoir released the story on October 19, and had follow up article on October 20.

Canadian Dimension Why is the Israeli military still recruiting in Canada? For three quarters of a century Canadians have been recruited inside this country to fight in Israel’s military, Yves Engler / October 19, 2020

Rabble.ca Canadians should not be recruited to fight for the Israeli army, Bianca Mugyenyi/October 19, 2020

The Canada Files, Open letter declares opposition to the Illegal Recruitment of Canadians by the IDF, Bruce Katz/October 21, 2020