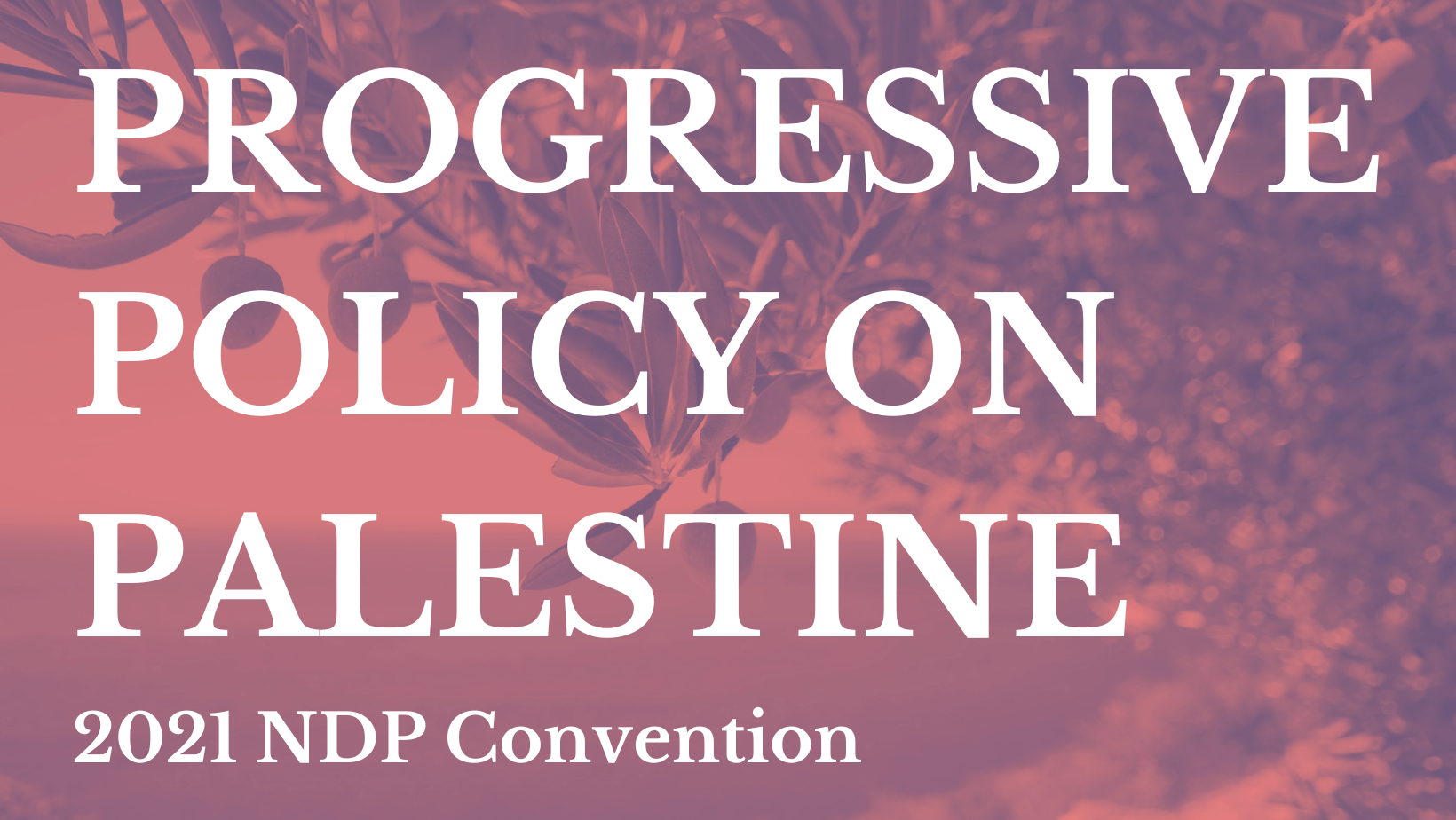 Let the NDP know that not allowing convention delegates to freely debate these resolutions would be both antidemocratic and anti-Palestinian.

Suppressing debate about a document designed to suppress debate?

That’s what the anti-Palestinian lobby is pressing the NDP leadership to do at its upcoming convention. Important resolutions have been put forward regarding Palestinian rights, eliciting external pressure to suppress debate.

Release has been picked up by Canadian Press

Progressive forces inside and outside the NDP are resisting an effort by anti-Palestinian lobby groups to pressure the party leadership to suppress debate regarding resolutions about the plight of the long-oppressed Palestinians at the upcoming convention.

The “Palestine Resolution” and a resolution opposing the International Holocaust Remembrance Alliance’s (IHRA) working definition of Antisemitism are probably the most widely supported internationally focused resolutions ever brought to a convention, receiving the support of 50 (IHRA) and 33 (Palestine Resolution) NDP riding associations.

“The NDP leadership needs to decide if it aligns with right wing anti-Palestinian groups that smear progressives or a party membership increasingly supportive of Palestinian rights”, added Karen Rodman of Just Peace Advocates.

Over the past three days more than 800 individuals have emailed the NDP leadership asking them to resist efforts to suppress debate on Palestinian rights at the convention.

On April 5, the last day individuals can register for the convention, the Canadian Foreign Policy Institute and other groups are hosting an online event on “Palestine Solidarity: Why the NDP Convention Matters.”

Join Libby Davies, Svend Robinson, Zahia El-Masri, Hammam Farah & David Mivasair for a discussion on the importance of Palestine solidarity in the NDP.

Hosted by: Canadian Foreign Policy Institute, with Just Peace Advocates and others