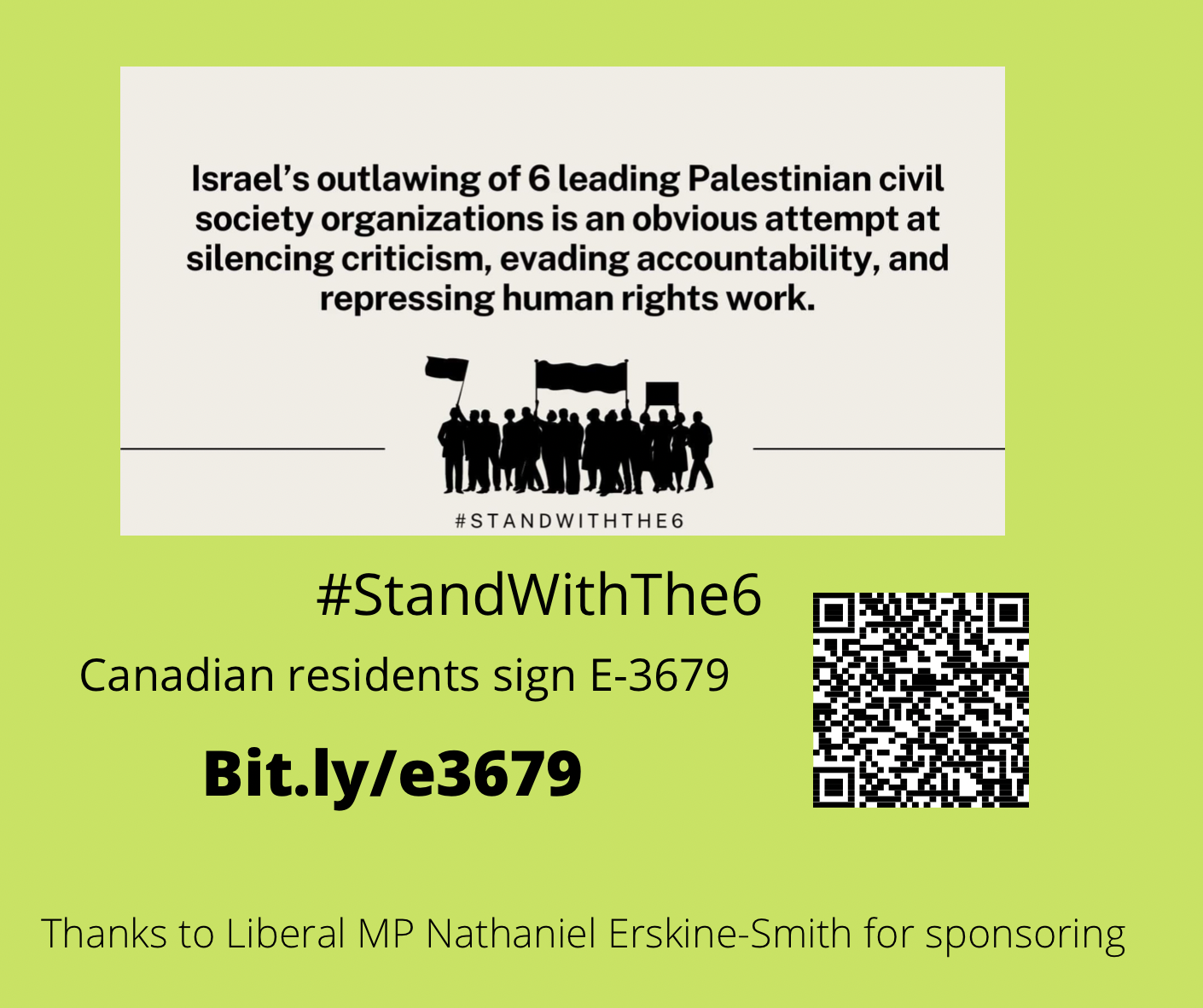 Almost 1,000 have signed in the first two days. Join them:

The petition to the Government of Canada reads:

We, the undersigned, residents of Canada, call upon the Government of Canada to:

1. Call upon the Israeli authorities to immediately rescind the designations and end all efforts aimed at delegitimizing and criminalizing Palestinian human rights defenders;

3. Honour its obligation to ensure Israel’s compliance with international law.

Thank you to Liberal Member of Parliament for Beaches-East York Nathaniel Erskine-Smith for sponsoring.

Defending Palestinian Human Rights is not “Terrorism”  40+ organizations (representing more than 60 groups)  signed the statement.
Subsequently, over 6,000 letters have been sent by individuals to Canadian elected officials.