Your Support Makes a Difference for Youth of Wadi Yasoul Silwan

You Can Make A Real Difference in the Lives & Future

of youth in Wadi Yasoul Silwan

Through your support of the Leadership Summer Camp happening July 2019

and the Civic Coalition for Palestinian Rights in Jerusalem

Thanks to those who contributed to support the 2019 summer leadership program.

The Jerusalem Municipality has indicated will destroy the entire neighborhood leaving over 550 people without homes.  Many of these are youth.  This camp will be available to the youth in the community aged 9 to 15 years.

These youth have been required to attend Israeli public schools, and so are denied their right to learn their own Palestinian history and are required to learn the Israeli narrative. While parents in Al Quds (Jerusalem) do their best to send their children to private schools, this is becoming more difficult, and for the families in Wadi Yasoul Silwan the economic situation and pressure is such that students mainly end up attending the Israeli run schools.

This summer program has been created and delivered by the community for the community, provides a way for youth to:

Palestine Just Trade has indicated it will donate $1000 of the proceeds from the sales of Medjoul Dates from Palestine.  Thanks to all of those who make purchases for making this possible.

It is hoped this can be added to in order to provide support for this program so at least 50 students from the community can attend.  The organizers have worked to create efficient budget, but hope to be able to provide the students with one special day in Jericho as well as visits outside Al Quds to destroyed villages and other locations to explore their Palestinian heritage.  It is estimated up to 100 students could participate if funding could be provided.

At a minimum so that the program can move forward for the youth of Wadi Yasoul Silwan, we are hoping minimum of $2500 Canadian can be added to the Palestine Just Trade donation.

We hope you can contribute. This is not just about a summer program for Palestinian youth.  It is about students have access to their own history as part of the way forward for the leadership in Al Quds and Palestine.

Please donate through etransfer to info@justpeaceadvocates.ca.

550 Palestinians to Be Homeless Due to Israel’s Demolition Order, article from the Palestine Chronicle, June 14, 2019.

ABOUT THE WADI YASUL COMMUNITY

Wadi Yasul is a Palestinian neighborhood in East Jerusalem. It is located between the neighborhoods of Abu Tur and Silwan, adjacent to the Peace Forest. Seventy-two families live in the neighborhood, including more than 550 people according to OCHA figures.

The Jerusalem Municipality issued demolition orders for ALL the neighborhood homes so ALL the families there are facing the threat of expulsion. In late April, the city already demolished two demolished & displaced two of the families

At the same time, the municipality and the JNF (Jewish National Fund) – the body in charge of managing the forest – gave their approval to settler organization El-Ad to move forward with plans for group campgrounds, including building the longest recreational zipline in Israel. Some of the facilities have already been built in the forest. 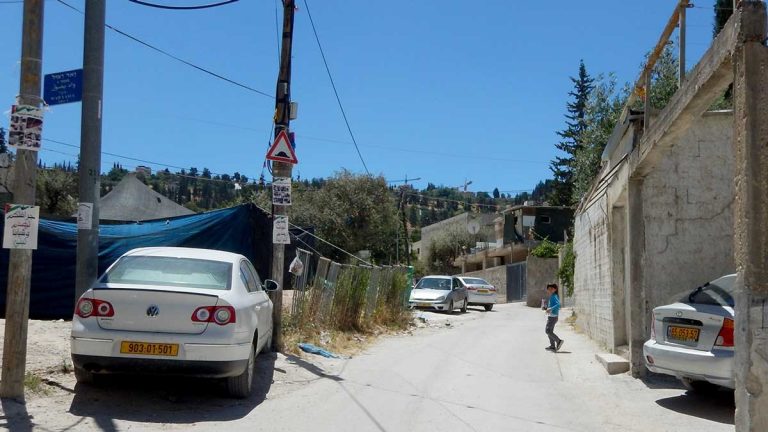 PICTURE A STREET IN WADI YASUL.

ON THE LEFT, A TENT ERECTED ON THE RUINS OF THE BURQAN’S HOME. PHOTO: 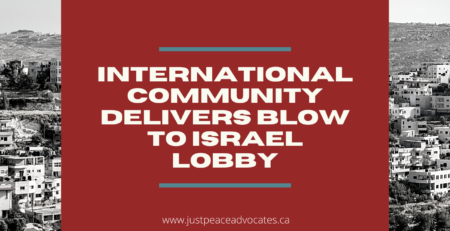 “The Trudeau government’s anti-Palestinian voting record at the UN undoubtedly contributed to its failure to gain a seat on... read more 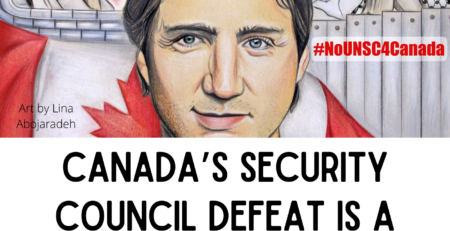 The Trudeau government’s anti-Palestinian voting record at the UN undoubtedly contributed to its failure to gain a seat on... read more 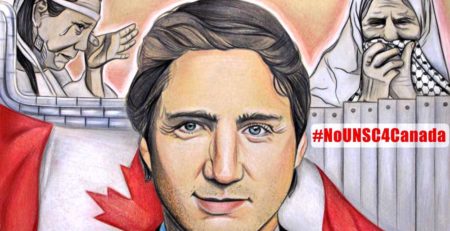 It seems IK+ letters written to UN ambassadors has caught the attention of the Canadian government, desperate to advance... read more 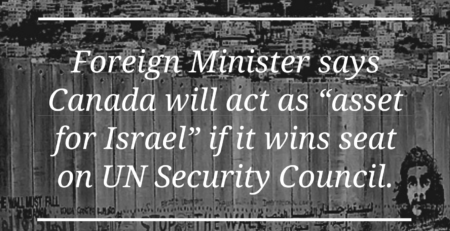 Take 2 minutes to let all United Nation Ambassadors know you join with civil society from around the world... read more 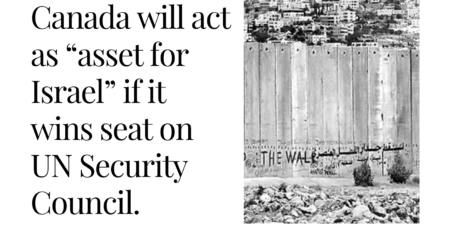