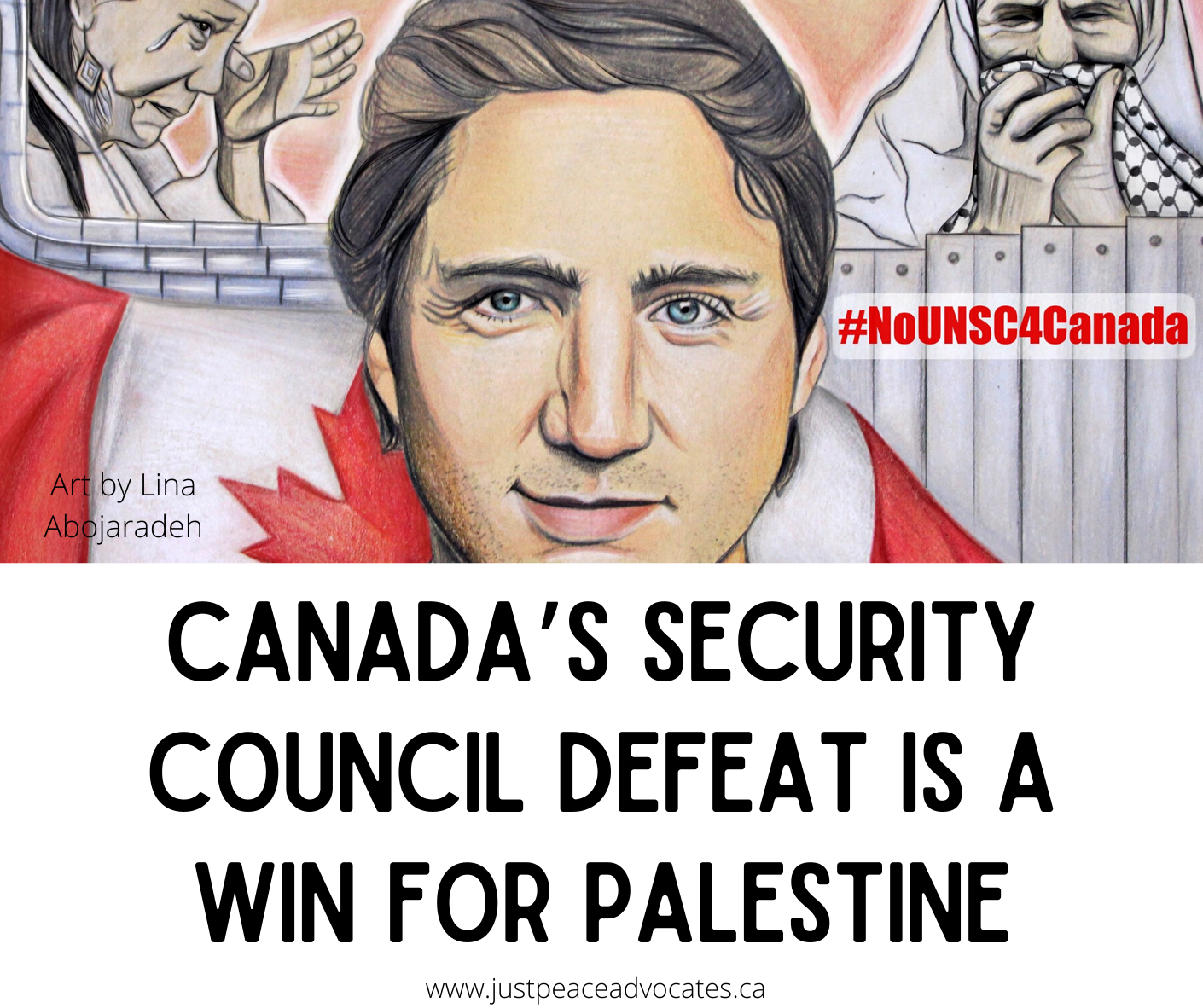 Medjool2020-09-15T03:13:46+00:00
Takes 1 minute to send letter to Canadian opposition leaders & critics calling for Canadian accountability under international and domestic law in regard to Palestine

The Trudeau government’s anti-Palestinian voting record at the UN undoubtedly contributed to its failure to gain a seat on the Security Council. Deputy Minister Freeland said Canada would be an “asset” for Israel.

Canada should be an “asset” for human rights and international law not for Israel.

We ask you to take 1 minute and write a letter to leaders and foreign critics of the NDP, Green, Conservative and Bloc Québecois asking them how they can be hold the Trudeau  government accountable to be an asset for human rights and international law.

Send a letter to the leaders of the Canadian opposition parties asking that they insist the Trudeau government.

2. Implement an arms embargo, and press for a comprehensive arms embargo at the level of the UN Security Council.

3. Vote at the UN in alignment with the majority of the international community taking a stance in line with international law and human rights for Palestinians.

4. Impose a ban on all goods originating from illegal Israeli settlements in occupied Palestinian territory entering Canada as well as a ban on Canadian companies operating in illegal settlements or trading in settlement goods.

Canadian residents and citizens are asked to also sign Government E-Petition 2526 calling upon the Government of Canada to request that Israel immediately lift the blockade on Gaza to enable medical and humanitarian aid during the COVID-19 pandemic, and insist that Israel permanently end its blockade of Gaza; and vote at the UN General Assembly in alignment with the majority of the international community taking a stance in line with international law and human rights for Palestinians.