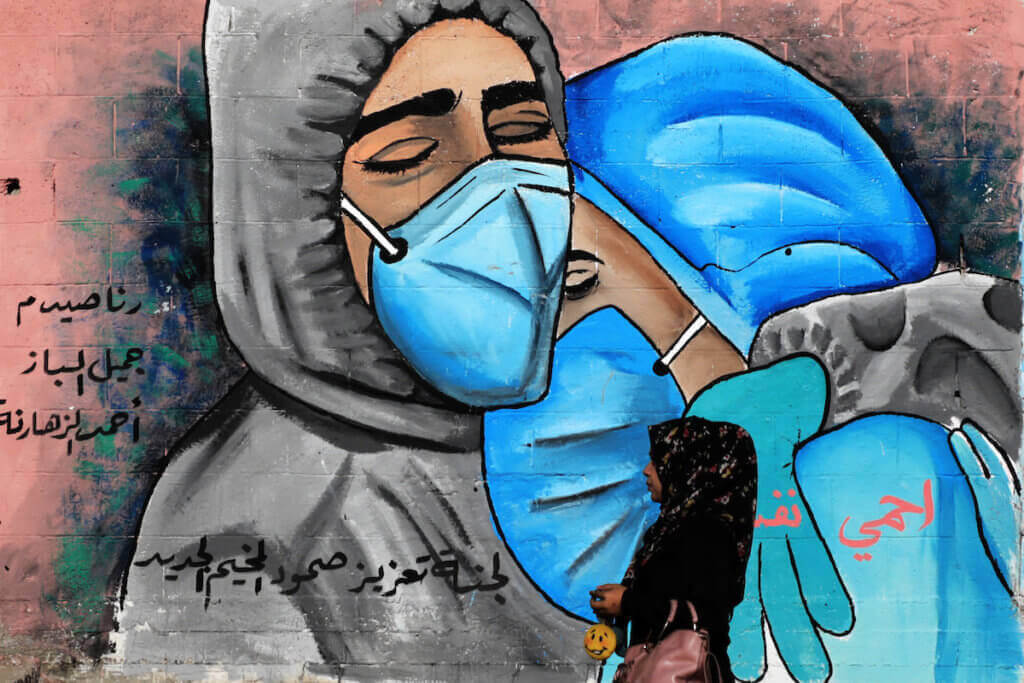 1.      Why is Canada’s public broadcaster, the CBC so incapable of saying that Israel is absolutely obliged, under the Fourth Geneva Convention, to ensure that Palestinians are vaccinated?

2.       Why can’t the CBC name the medical apartheid that is happening for the people of Palestine?

Statements by Amnesty International were qualified by CBC

On January 6, Saleh Higazi, deputy regional director for the Middle East and North Africa at Amnesty International, said in a statement on the Israeli COVID roll-out — under which the vaccine is not available to Palestinians in the occupied territory — that “there could hardly be a better illustration of how Israeli lives are valued above Palestinian ones.”

Evidence of Israel’s COVID-19 vaccine apartheid has been getting much attention.

International humanitarian law, as Article 56 of the 4th Geneva Convention indicates, requires an occupying power to provide public health to the populated in its occupied territory, with “particular reference to the adoption and application of the prophylactic and preventive measures necessary to combat the spread of contagious diseases and epidemics.”

CBC Radio’s The World This Weekend interviewed Amnesty International’s Saleh Higazi on January 10 about Israel’s obligation under international law to ensure Palestinians are vaccinated against COVID-19.

“We should have included Israel’s perspective… Israel’s position is that the Palestinian Authority is responsible for vaccine distribution in the territories, since it negotiated control over administering health care, as part of the Oslo Accord signed with Israel in 1993.”

In making this statement, the CBC has once again disregarded rights under international law for the people of Palestine, centring the narrative of the occupier and colonizer, and ignoring the apartheid named by B’Tselem.

Eraser and Apology for using the word PALESTINE

In the summer of 2020, Canada’s public broadcaster erased the word “Palestine” from a live interview before it was rebroadcast across the country, and the following day apologized for the initial use of the word. Over 2,000 letters were sent to the CBC asking for the CBC to apologize for erasing Palestine, and about 800 to the Canadian heritage minister who has responsibility for the CBC.

We still await the response to the Ombuds investigation underway, after many complaints were made to the CBC.

Read more: Naming apartheid: Palestine, media coverage and the history of a term January 22 in rabble.ca

On January 29, 2021, CBC reporter Irris Makler reported on the disparity of Covid-19 vaccination in occupied Palestine, while Israel has vaccinated over three million people.

The following day, January 30th, the CBC, once again offered an explanation of clarification saying:

“Yesterday, Irris brought us a story about calls for Israel to help get the Palestinian population of the West Bank vaccinated against Covid-19. That call came from the King of Jordan. Israeli officials though say that overall, healthcare administration and the task of offering vaccinations to Palestinians living in the West Bank and the Gaza strip falls to the Palestinian Authority under the Oslo Peace Accords. Palestinian officials for their part have independently negotiated supplies of the AstraZeneca vaccine, as well as Russia’s Sputnik-V shot.”

Then on February 1, 2020, in a companion segment to Iris Makler’s dispatch about Covid-19 related to Israel’s orthodox Jewish community, host Susan Bonner stated:

“The Palestinian Authority is responsible for health care of the more than two and a half million Palestinians who live in the West Bank.”

This is not about Oslo, this is about International Law

As Jonathan Kuttab, co-founder of Al-Haq, has recently said in a January 29, 2021 article in the Middle Eastern Eye written by Ali Harb

“Israel-Palestine, we are interrelated; we are one entity. To say there are two states is silly; there’s only one state between the river and the sea. And that is the state of Israel. It controls everything, and it treats Arabs and Jews differently,” said Jonathan Kuttab, a Palestinian-American attorney specialising in international law.

Kuttab went on to say that Israel’s obligation to vaccinate Palestinians is clear under international law. “The matter is not open to interpretation.”

“Not only does the Geneva Convention dictate that the occupying power is responsible for the health and well-being of the occupied, the treaty – which is the bedrock of international law – specifically spells out an obligation to prevent the spread of pandemics.”

“To the fullest extent of the means available to it, the occupying power has the duty of ensuring and maintaining, with the co-operation of national and local authorities, the medical and hospital establishments and services, public health and hygiene in the occupied territory,” the convention says, “with particular reference to the adoption and application of the prophylactic and preventive measures necessary to combat the spread of contagious diseases and epidemics.”

In regard to the Oslo Accords

“It’s meaningless. Israel is still the occupying power, and it’s still responsible,” Kuttab told the Middle Eastern Eye. “It’s like you can’t just say this labourer agreed to accept less than minimum wage and agreed to have his children work despite the laws against child labour. It’s illegal.”

Kuttab said Israel uses Oslo to escape its responsibilities as an occupying power without living up to its own commitments in the accords.

“Equally important is that in order to take care of the health needs of your people, you need to have international agreements with the World Health Organization; you need to have access to orders through which they can import and export; you need to be able to build facilities and all these things that Palestinians can’t do,” Kuttab said.

Discriminatory systems: Kuttab said Israel is risking its own citizens by refusing to vaccinate Palestinians. “If you allow half the population under your control – millions and millions of people – to go around unvaccinated, it’s going to affect you, sooner or later.”