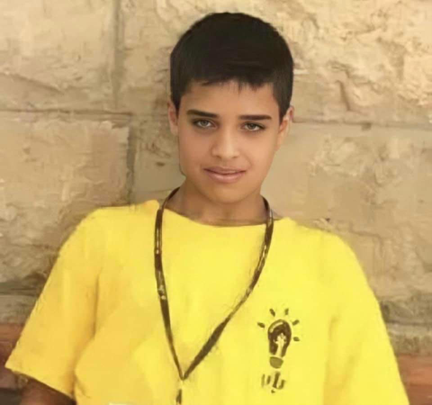 Thanks to Michelle for this powerful article.

To be clear, settler colonialism is not specific to one nation-state. As a political scourge, it marks the interconnected 19th-century development of nation-states across the globe. Its elimination must therefore also be global. Indeed, if freedom, recognition, and compensation are to be granted to the First Nations survivors of the 20th century, the same must be granted to 21st-century Palestinian children and their families. To this end, systems of racism and their administrators everywhere must be denounced and held accountable.

Such political work is already underway. Organizations throughout North America are acting as the tribunes of social justice. Parliamentary petitions have called upon the Canadian government to defend the rights of Palestinian children in the face of Israel’s violations. The egregious case of the imprisoned Ahmad Manasra, arrested on false charges at age 13, sentenced to 9.5 years, and now being held for months in solitary confinement, is at the forefront of this collective effort. With publicity growing apace around this awful case, there is hope that Canada will be pressured to demand an end to Israel’s heinous assault on the children of Palestine – a crime against humanity all-too-reminiscent of the evils inflicted on the indigenous peoples of Turtle Island. •

Michelle Weinroth is a writer and teacher living in Ottawa.

Take one minute to write to Canadian Foreign Affairs Minister Joly. Tell her clearly and unequivocally that Israel’s unrelenting practice of traumatizing and physically abusing thousands of Palestinian youths is a crime against humanity and must be stopped now. Call for the release of Ahmad Manasra.

Ahmad Manasra. Imagine: he is your 20-year-old son, immured between the four walls of a bleak prison cell.

Seven years have elapsed since he was first incarcerated. There is no end to his suffering. You look at an album of photos when he was much younger. The pictures show happiness, joviality, and love of family. You gaze at his innocent face, tarnished and destroyed by willful vilification, baseless accusations that have sentenced him to years of jail time. Memories flood your thoughts. You recall how your beloved child at age 13 was plunged into the abyss of a prison, after having been run over by a gang of violent men, spat upon, and humiliated. He was just a young teen when he was turned into the scapegoat of a savage mob and then mercilessly interrogated, tortured, locked up for almost 10 years – and this for a crime he did not commit.

You are bound to feel his misery as your own. Your heart and mind are consumed with fear and anguish. Your son’s childhood has been stolen, his health, both mental and physical, has been destroyed. You are powerless; despite 500,000 appeals and signatures demanding his release, you cannot extricate him from the claws of an obdurate penal system and a prejudiced state judiciary.

You, who were his protector and loving parent, are deprived of tactile contact. You cannot reach out even with a small gesture of your hand to touch his skin, your flesh and blood. The state forbids this intimacy that you so crave. Agonized, you wait as he is condemned to countless months of solitary confinement – contrary to international law. He is mentally vulnerable. The child to whom you gave life has been ravaged by physical and psychological torture. How many more years must you suffer watching him in this dire state? Your son had not committed a crime; like so many others, he was the victim of false accusation. Imagine: your son is Ahmad Manasra

Thanks to Michelle Weinroth and others she is in touch with for their work on this letter writing action.

Help me get out”: Ahmad Manasra appeals to the world from solitary confinement, Mondoweiss, Mariam Barghouti, August 5, 2022

‘I am dreaming of the moment I hug him,’ says Ahmed Al-Manasra´s mother, Middle East Monitor, April 27, 2022

Canada needs to hold Israel accountable for its mistreatment of children in Palestine and for silencing those organizations that advocate on their behalf.

Defence for Children Palestine: No Way to Treat a Child-Canada