First appeared in the MONDOWEISS

Despite this public outcry, the Canadian publicly funded broadcaster continues to protest that the word Palestine falls outside its language standards.

But erasing Palestine was not enough.

On August 19, at the beginning of the next day’s edition of The Current, Duncan McCue apologized for having uttered the word Palestine.https://w.soundcloud.com/player/?visual=true&url=https%3A%2F%2Fapi.soundcloud.com%2Ftracks%2F882451456&show_artwork=true&maxwidth=770&maxheight=300&dnt=1

In early September those who wrote The Current and others at the CBC, including head of the CBC Catharine Tait, received responses from Naill Cameron of CBC National Audience Services. Cameron said that Palestine was deleted because the word is counter to “established CBC language policy” and that there is “no modern country of Palestine.” He said that CBC “does not refer to Palestine or show a map with Palestine as a country.”  Cameron went on to say the CBC uses “the term pro-Palestinian instead of pro-Palestine when referring in generic ways to Palestinian supporters.”

Shamefully, Cameron totally ignored the people of Palestine, referring only to those who support Palestinians, but not Palestinians.

Interestingly, a search of the CBC website does indicate Palestine has been referenced many times, so perhaps Mr. Cameron did not do his fact-checking.

When people tried to respond to Mr. Cameron’s shameful message, the sending email proved to be a “do not reply” address.  When people wrote to Cameron’s CBC email address, their messages bounced. Thus, it seems that the CBC was hoping this would be a one-way direction of communication, without an easy way for people to respond. However, that did not stop people from continuing to let the CBC know that they were not accepting the CBC’s action nor rationale.

A number of people wrote to Raj Ahluwalia, the executive producer of The Current, and Duncan McCue. Ahluwalia seems to have been silent, although McCue did send a response to me on August 20 saying “Thanks for your email and your perspective. Appreciate it. Duncan.” After that it seemed responses from McCue ceased.

A number of official complaints have been put into the CBC Ombudsman Jack Nagler, as well as letters sent to the CBC Director of Journalistic Standards and Practices, Paul Hambleton.

The Ombudsman sent messages saying they were referring to the CBC News department, in what seemed like a deflection, given the complaints had already been sent directly to the program area, The Current, and when people were not satisfied with the response, they had filed official complaints with the Ombudsman.

On September 9, Paul Hambleton sent a detailed response to the over 2,000+ people who had written to the CBC over the last few weeks. While more thorough than earlier responses, Mr. Hambleton still insists that Palestine is not within the CBC language standards. He explains that the CBC is “meticulous in ensuring balance and fairness whenever a story emerges.” Hambleton indicates over the years, the CBC has “devoted significant time, and resources over the past decades uncovering and reporting on the lives, politics, difficulties and triumphs of the Palestinians both inside the Palestinian territories, Israel proper, and here in Canada.”

Perhaps achieving balance was why a distraction piece was published on September 10, explaining how Palestinians weddings are the reason for the spread of Covid-19. The item ignored the blatant action of Israel in regard to putting Palestinians at risk through destruction of Covid-19 centers, the ongoing war crimes in occupied Palestine putting people at further risk, and the circumventing of processes in place related to Palestinians working in Israel.

David Kattenburg, who writes often to the CBC, in an attempt to hold the public broadcaster accountable for both its inaccurate reporting on Palestine and its lack of coverage of Palestine recently wrote an article Palestine Deleted . Kattenburg has also filed an access for information request and a formal complaint with the Ombudsman.

Marion Kawas, long time host of Voice of Palestine in her recent article Why is the CBC denying Palestine’s existence? writing in Canadian Dimension said:

“No organization—not the CBC, nor the Canadian government, nor the State of Israel—can deny the existence of Palestine and its people. These churlish and supremacist attempts at erasing Palestinian identity will not succeed and will only serve to increase the resolve of the Palestinians and their supporters to fight for justice.”

The CBC’s actions and the attempts to rationalize those actions is concerning given the CBC’s obligation to ensure “accuracy, fairness, balance, impartiality and integrity.”

Earlier in the summer, several hundred letters were sent to the CBC about the lack of coverage related to Canada’s loss of its bid for the United Nations Security Council, and the role that Canada’s stance on Palestine played. After the first twenty or so letters had been received, several people at the CBC wrote asking those organizations which had led the #NoUNSC4Canada campaign, Just Peace Advocates and the Canadian Foreign Policy Institute, to ask if they might ask people to stop writing. It seemed perhaps the CBC was noticing that people were raising the issue of Palestine and were perhaps uncomfortable with that.

We need to continue to take steps to make our publicly funded institutions accountable, and remind the CBC that the Canadian Broadcasting law calls for “programming that reflects Canadian attitudes, opinions, ideas, and values.”

The CBC Ombudsman will need to respond shortly to the complaints that they have received.

I am certain based on the messages that have been sent back to Mr. Hambleton this is not the end of the story. The people of Palestine are the ones that need the apology. 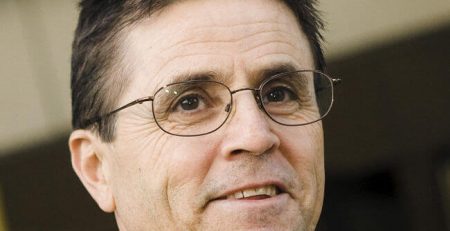 In June 2018, Prime Minister Justin Trudeau stated, “I think, for Hassan Diab, we have to recognize first of... read more 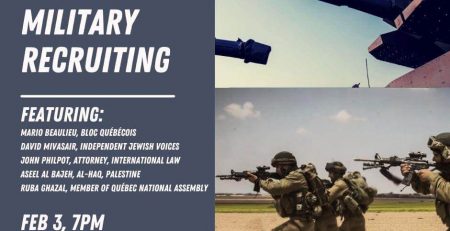 On Wednesday, February 3, a coalition of 50+organizations is hosting an event to oppose illegal Israeli military recruitment in... read more 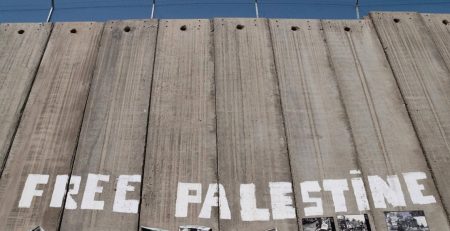 Naming apartheid: Palestine, media coverage and the history of a term

CBC once again ignores international law.. Apartheid is not new. Rev. Dr. A.C. Forrest said in 1972 in his... read more

Check out jonathankuttab.org Jonathan is a co-founder of the Palestinian human rights group Al-Haq and co-founder of Nonviolence International. A... read more