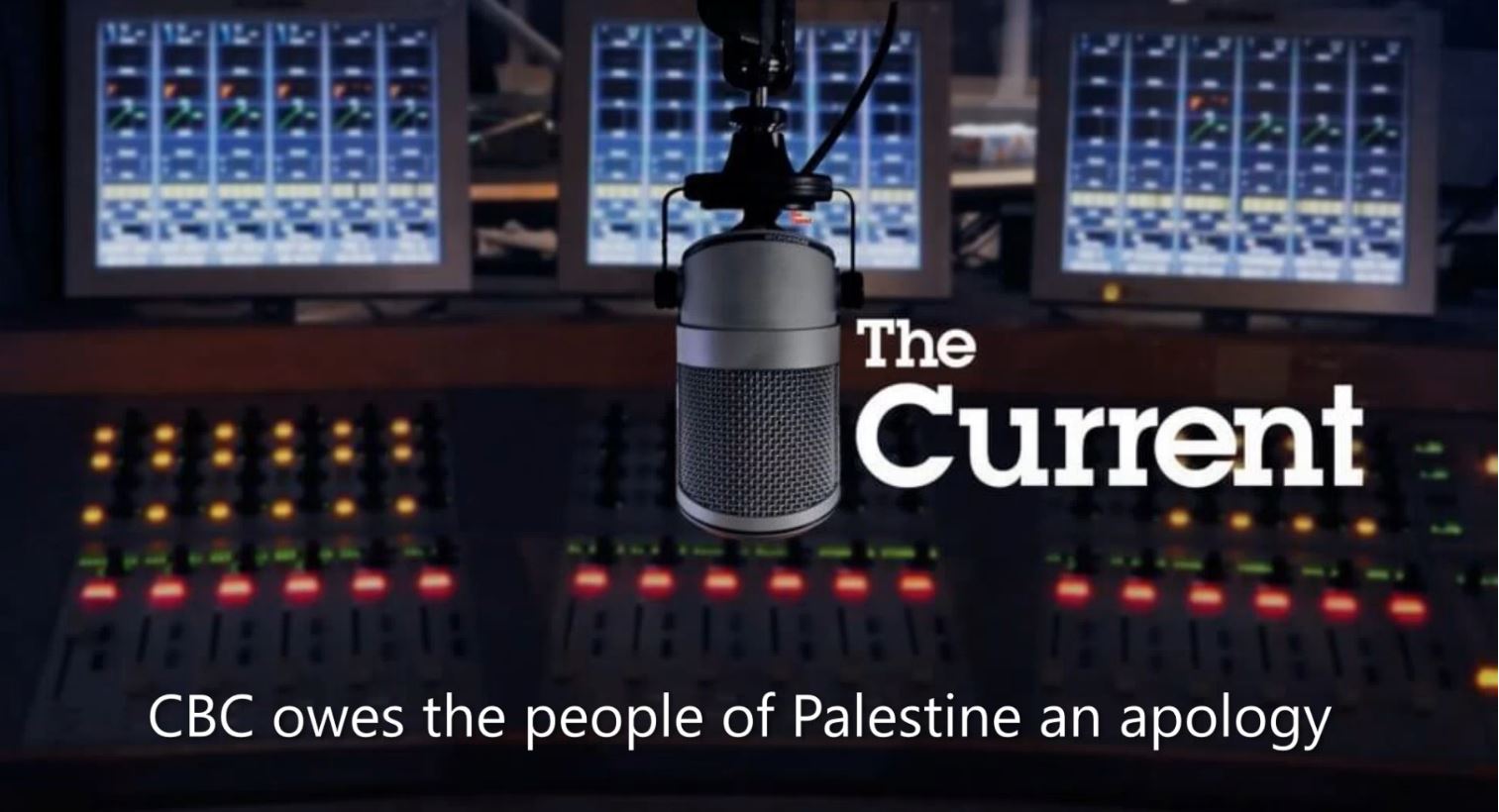 “We need to continue to take steps to make our publicly funded institutions accountable, and remind the CBC that the Canadian Broadcasting law calls for “programming that reflects Canadian attitudes, opinions, ideas, and values.”

Read the response that the CBC Director of Journalistic Standards and Practices, Paul Hambleton sent to the 2,000 people who have written the CBC.

The Canadian Broadcasting Corporation (CBC) is accountable to the Minister of Canadian Heritage.

CBC/Radio-Canada is Canada’s national public broadcaster and one of the country’s largest cultural institutions. CBC/Radio-Canada’s mandate is to inform, enlighten and entertain; to contribute to the sharing of national consciousness and identity; to reflect Canada’s regional and cultural diversity; to provide local, national and international information and analysis from a Canadian perspective; and to contribute to the development of talent and culture in Canada.

Joe Sacco has said:It’s ironic that the CBC would apologize for the use of the word “Palestine” for a segment about my book, whose subject is at least partly the attempted obliteration of the cultural identity of indigenous people of the Northwest Territories, particularly through the notorious residential school system. Imagine today if the First Nations people I talked to, the Dene, would be made to apologize for using their word “Denendeh”, which means “The Land of the People,” for describing where they live. To whom, exactly, was the CBC apologizing for using the word “Palestine”? If anything, this storm over a proper noun brings into relief a similar way the adherents of colonial-settler projects seek to suppress native peoples and then laud their dominance. I’m sure none of this is lost on either Canada’s indigenous people or Canadian-Palestinians.

The CBC continues to insist Palestine is against CBC language standards

The CBC director of Jouralistic Standards has written to the 2K+ people who have written the CBC to express... read more