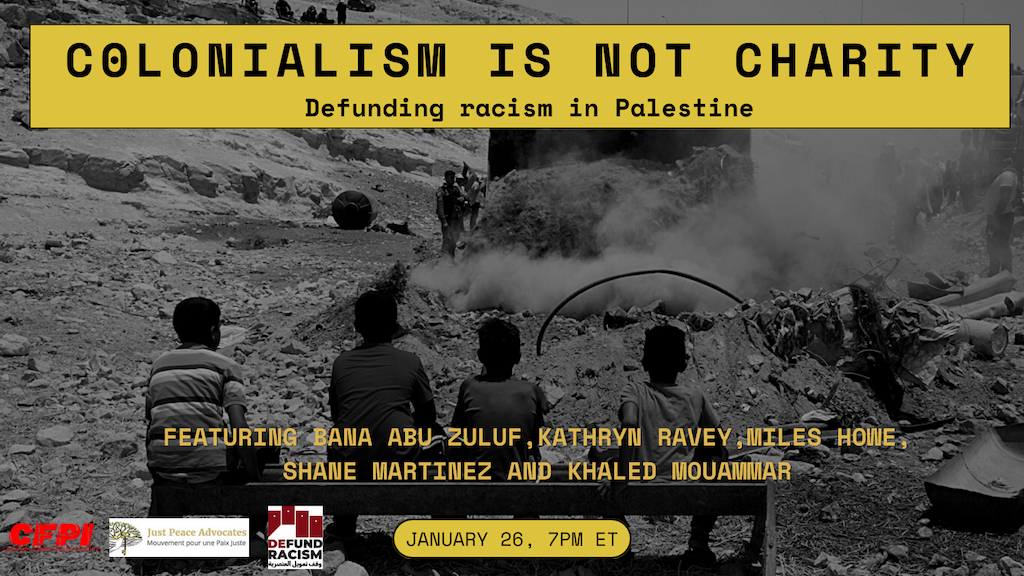 Did you know that each year hundreds of registered Canadian charities raise over a quarter billion dollars for projects in Israel? That many of these groups support the Israeli military, racist organizations and West Bank settlements? And that a number of groups set up by or close to extremist ministers in the new Israeli government provide tax credits to Canadian donors?

The Defund Racism campaign is a Palestinian-led movement to end the use of ‘charitable’ funds raised in other countries, including Canada, to fund settler extremism and violence. Colonialism is not Charity is a Canadian based campaign focused on exposing and stopping Canadian charities From subjugating and displacing Palestinians.

Khaled Mouammar, Palestinian-Canadian, former member of the Immigration and Refugee Board of Canada

Organizations wishing to endorse “Colonialism is not Charity” can do so HERE.

Write a letter to CRA