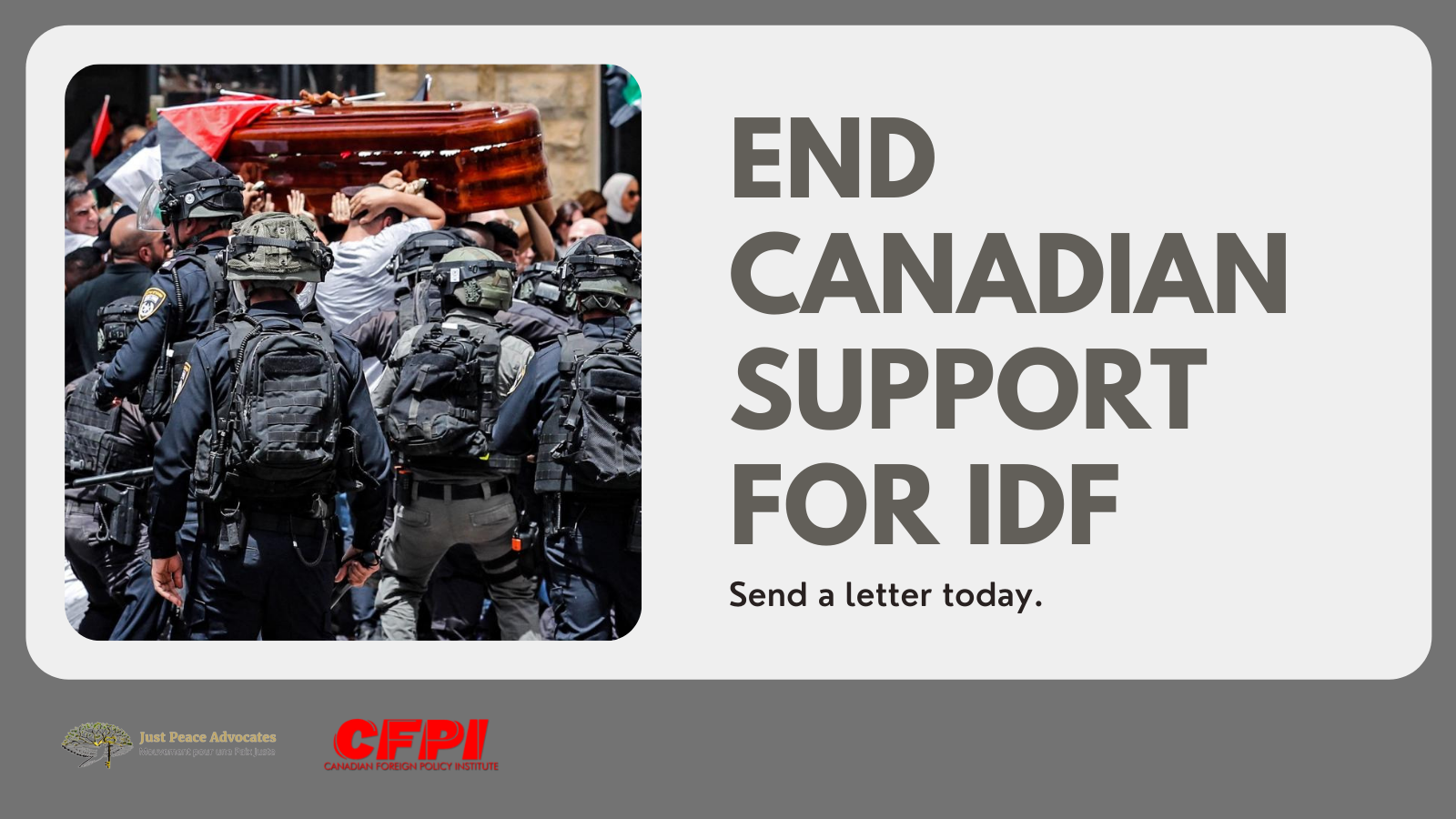 Take one minute to send a letter to the Prime Minister and his government to demand an end to direct Canadian support of the Israeli military.

Al Jazeera journalist Abu Akleh was killed by the Israeli military on May 11, 2022 while covering an Israeli raid in Jenin. Her killing is a grave breach of international humanitarian law and constitutes an attack on journalism and freedom of expression.

A number of organizations have openly recruited for the Israeli military in Canada in contravention of the Foreign Enlistment Act. A legal complaint was made to Minister of Justice David Lametti in October 2020 asking Canada to follow its own domestic law, and to investigate and if warranted stop illegal military recruiting in Canada.

Lametti indicated to Le Devoir that the RCMP would investigate. The RCMP confirmed this, however, 18 months later, the RCMP has not provided a response or even an update on the matter.

A number of registered Canadian charities support the IDF in contravention of Canada Revenue Agency (CRA) rules. In July 2021, a formal legal complaint was submitted to the CRA detailing the Canadian Zionist Cultural Association’s (CZCA) support for the Israeli military. Among other examples, it noted that an Israeli military website named CZCA as an organization “authorized to raise donations for the IDF” and in 2019 CZCA allocated over $1.7 million to YAHAD, which says its “aim is raising funds for IDF soldiers.” But, CRA rules state clearly that supporting the armed forces of another country is not charitable.

Canada sold $20 million worth of weapons to Israel in 2020. It provides explosives and related components to the Israeli military. Arming Apartheid: Canada’s Arms Exports to Israel finds that Canada’s arms exports to Israel reached a 30-year high in 2020. The transfer of military goods to a violent occupying force is inconsistent with Canada’s obligations under international treaties.