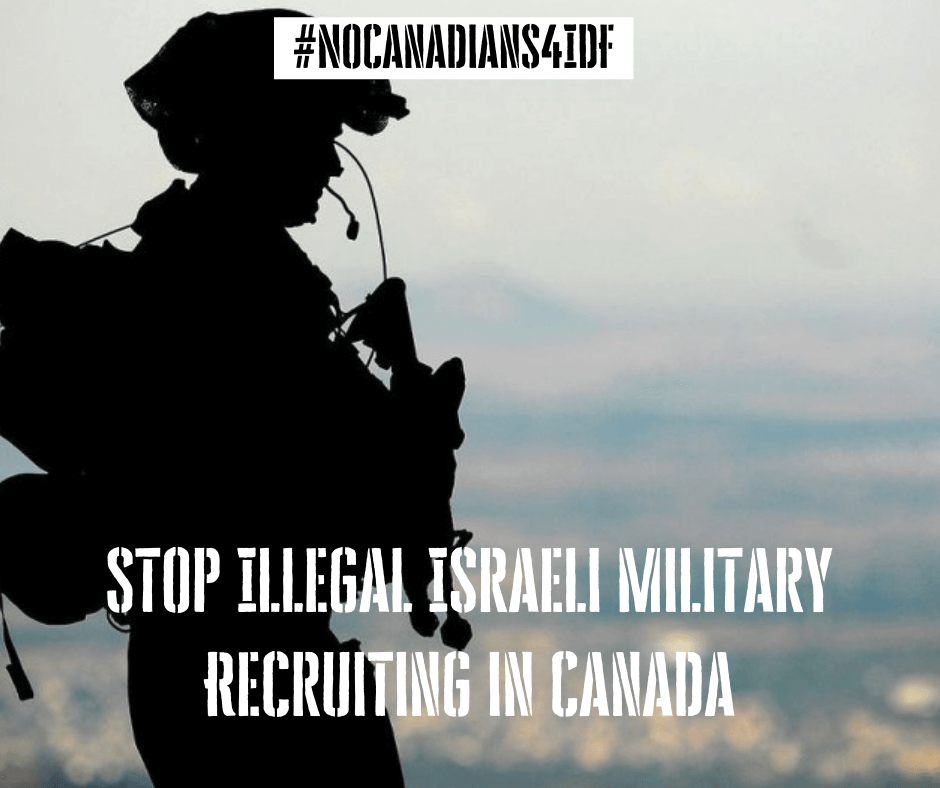 In response to a question about a legal complaint and public letter calling for an investigation into recruitment in Canada for the Israeli military, Justice Minister David Lametti stated that diplomats must respect Canadian law. He said the issue will be referred to the authorities: the police and the Public Prosecutor for investigation.

Montreal lawyer John Philpot stated that he is pleased that Minister Lametti has confirmed that diplomats must respect the law in Canada and that the issue will be referred to the police authorities and the Public Prosecutor. Philpot said “the initiators of the formal legal complaint and open letter have reached out to the Justice Minister’s office to offer their collaboration in the upcoming investigation with the RCMP and the Prosecutor’s office to provide additional evidence. It is illegal to recruit for a foreign military in Canada.”

Since Monday more than 1000 individuals have emailed the Justice Minister and every MP requesting an investigation into recruitment for the Israeli military in Canada.

Minister Lametti’s comment on recruitment for the Israeli military can be viewed (7-minutes) here.

On Monday Le Devoir published a front-page story on the subject and did a follow up the next day.

The letter and complaint can be viewed here.

This commentary looks at the history of Israeli military recruitment in Canada.

Read complaint & other details
Read other media related to #NoCanadians4IDF